There’s nothing Cameron Jackson can’t accomplish when he sets his mind to it.

The 25-year-old is the president and CEO of Millennial Park, Baton Rouge’s first shipping container park. After opening in the summer of 2020, the open-air eatery has quickly become a hub for the community.

Besides providing tasty food from different cultures on the Florida Boulevard corridor and even a space for drive-in movie nights, Millennial Park also strives to help its neighbors.

Jackson has hosted free drive-thru turkey drives, flu shot and voter registration events and school supply giveaways. It is the home of Louisiana’s largest Little Free Library, where the public can donate and borrow books for free. 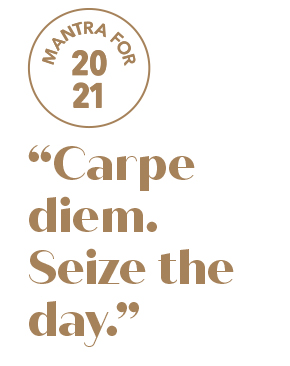 “I have such a high ceiling for myself,” Jackson says. “I want to impact the city like no one has ever seen before.”

Before he conceptualized the shipping container project, the Baton Rouge native was on the football team at Coastal Carolina University in South Carolina. He attributes part of his discipline and drive to spending years waking up early for practice and maintaining good grades in college. 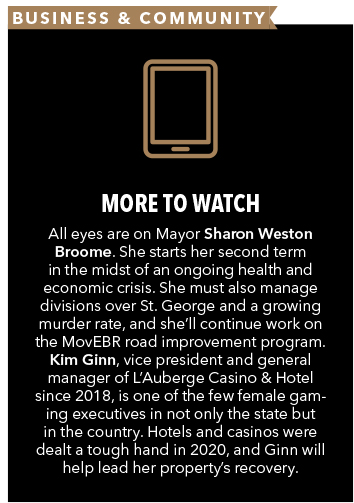 he shipping container park is still in its early stages. As of December 2020, Millennial Park featured three eateries: turkey leg spot Jive Turkey; barbecue joint Memphis Mac BBQ; and Royal Taste of Jamaica for authentic Jamaican fare. As the park continues to expand, more shipping containers will be added. Jackson plans to rent one of his spots to a soup-and-salad eatery called Green Acres and open his own bar, daiquiri shop and a snoball stand.

Jackson has big plans for the future. He plans to raise his own turkeys for Jive Turkey and collaborate with Sweet Jones Farms for local fruits, vegetables and livestock for the park and for the upcoming fresh produce market, Millennial Park Produce Stand. The market will be at the intersection of North Street and North Acadian Thruway. He also plans to buy abandoned lots to build affordable housing out of shipping containers and open an HIV/AIDS treatment clinic.

“It’s too easy to use your space to help the community,” Jackson says. “I want to show people and other businesses that if you’re going to take from the community, you need to give back.”