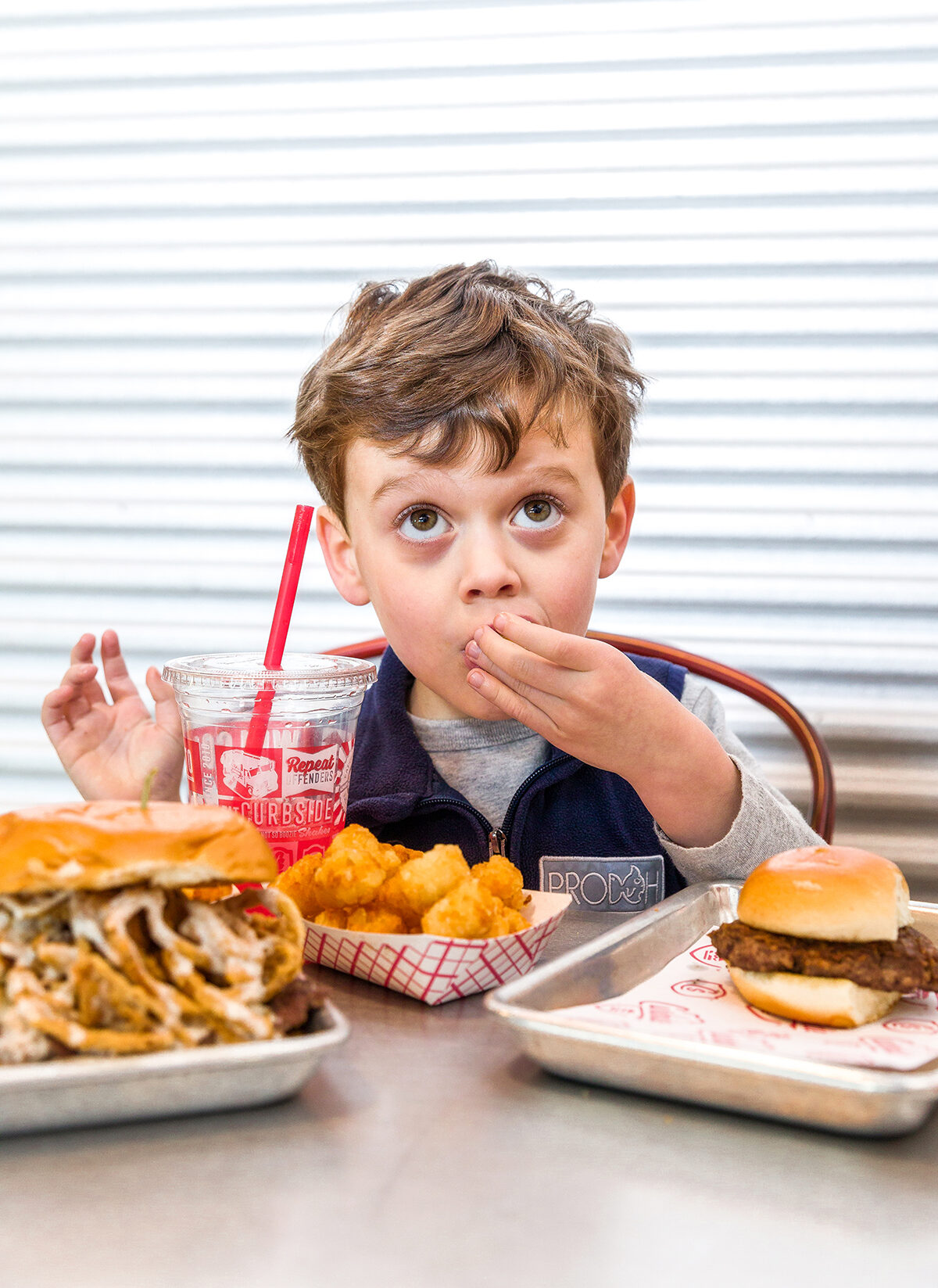 Cullen Snow has strong opinions about what to order at Curbside. 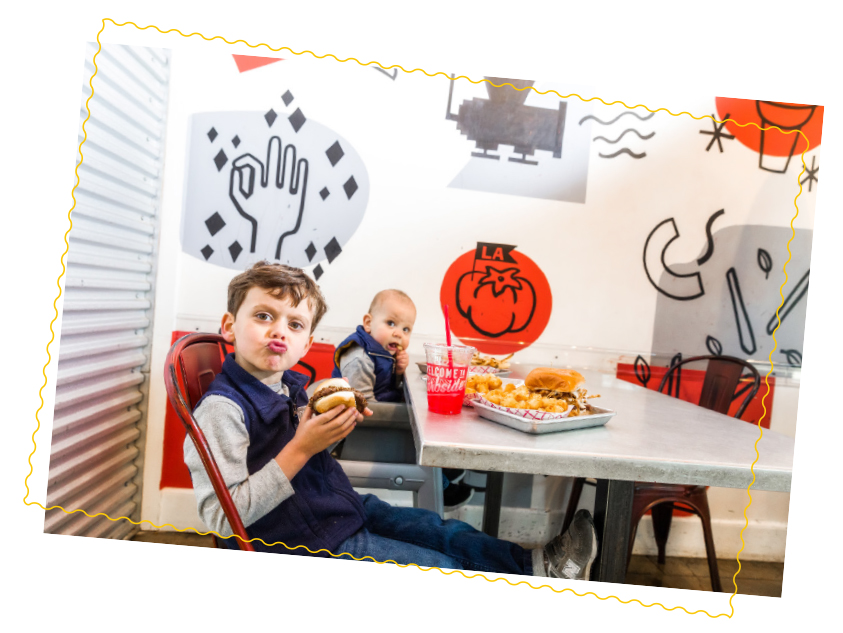 “Tater tots!” he says through an open-mouthed grin and saucer eyes. It’s the same surprised look he deploys for what he calls his “foodie pix.”

Lowering his voice to a conspiratorial whisper, he adds, “And a chocolate milkshake. With a lot of whipped cream.”

Cullen, 4, and his little brother, Brooks, 1, are the faces behind @lilfoodiezla, the Instagram restaurant adventures of two Baton Rouge boys and their silent partners, parents John and Reagan Snow.

The project started when Cullen was not quite 2, John says. It was inspired by @foodbabyny, a New York City dad documenting his kids with mouthwatering dishes from neighborhood eateries. The Snows, longtime fans of dining out, thought it would be nice to similarly record their family’s local restaurant outings.

“It was fun for us to catalog his adventures,” says John, a partner at the management consulting firm, Emergent Method. “He really enjoys it, and it’s become something we do together on weekends. Now, when we go to our favorite places, someone will yell, ‘LilFoodiez in the house!’”

The pandemic put a damper on the Snows’ ability to dine out as frequently as they’d like, but the occasion has provided a platform to explain a global pandemic to a preschooler. “He loves restaurants, so when the pandemic hit, it was like here was this whole different rhythm,” John says. “The changes he saw allowed us to explain what was going on in the world.”

John says one of the benefits of eating out with Cullen is that when he’s in a restaurant, he is willing to try just about anything. “He might not like it,” says his dad. “But he’s willing to taste it.”

Off the (kids) menu

Boiled crawfish | Crawfish on the Geaux

Spicy tails don’t scare Cullen, just the thought of his mom and dad failing to keep pace with his appetite. Peel faster, he tells them. And bring on the corn and potatoes.

While willing to sample all sorts of different toppings, Cullen is a pepperoni loyalist who attacks his slice with manly gusto. “I like to eat pizza with my hands, not a fork,” Cullen says. We agree.

The varied texture of a deep-fried pickle, crisp on the outside and squishy in the center, is just the sort of warm-up Cullen expects before a plate of finger-licking honey barbecue wings. He believes both of these items are best when dunked in ranch dressing.

Thanks to his parents, Cullen recently discovered shrimp weren’t all that different from crawfish. It opened up a world of new food possibilities. This includes the savory shrimp fried rice from Blue Store, a family favorite known for its deep-fried wings.

While Cullen will enjoy a shrimp off his dad’s po-boy here, it’s the creamy, tangy side dish of JED’s cheese grits he looks forward to most.

Cullen has a very specific donut preference: glazed chocolate donut holes with sprinkles, which he enjoys from Mary Lee. “I made the mistake once of bringing home regular donuts,” John says. “I won’t do that again.”