Earlier this year, TripAdvisor named Wildwood Pizza in Alexandria the best pizzeria in Louisiana. Now, you can enjoy its pies right here in Baton Rouge. Its 2,500-square-foot location opened this Monday in Long Farm Village.

Gary Perkins opened the first Wildwood Pizza in Alexandria in 2014 with his children Vivian and Garrett Perkins, and co-owner Lee Gwinn. The hope was always to expand across the state. Today, Perkins and his partners are eyeing locations in Lake Charles and a number of locations elsewhere in Louisiana.

Wildwood’s pizzas are cooked at 800 degrees in a traditional brick, wood-fired oven shipped straight from Italy.

“When we opened in Alexandria, the instructions for assembling the oven were in Italian,” Perkins says. 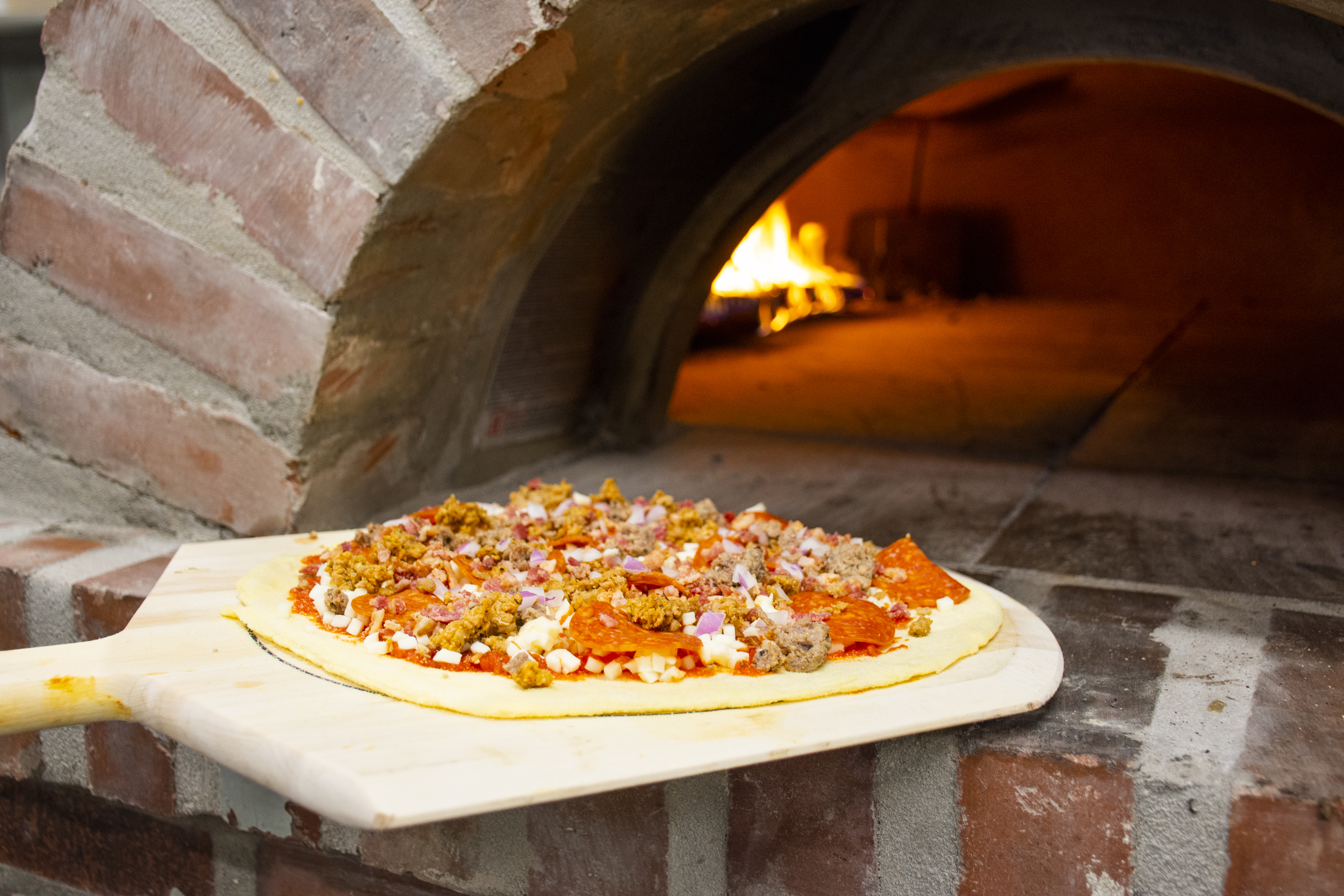 The eatery’s most popular pizza is The Beast, a classic pie made with red sauce, mozzarella, pepperoni, spicy sausage, red onion, meatball and bacon. But Perkins says a close second favorite is an all-veggie pizza called The Mediterranean.

When the family first decided to open Wildwood Pizza, Perkins and his son, Garrett, traveled to New York City to attend a 10-day “pizza school.” Perkins says the only thing they kept was the methodical dough recipe, but even that has changed over time.

“We’ve made it our own,” he explains. “See, in New York they don’t put a bunch of ingredients on their pizzas. But we knew we were going to put everything on ours: pesto, white sauce, barbecue sauce, artichokes. You name it.”

Wildwood offers 10-inch regular pizzas, or patrons can build their own. There is also a monthly special, which Vivian Perkins says can sometimes be so popular—like the “Hit The Quan” buffalo chicken pizza—they add it to the permanent menu.

Garrett and some of the other long-time Wildwood team members help create the monthly specialty pizza, although they occasionally take suggestions from customers.

The pizzas are great paired with one of their signature salads. “My dad has always been a bit of a health food nut, which is why we have such beautiful salads,” Vivian explains. She says they make all the dressing for salads in-house, just like at their former restaurant, Spirits. “I actually hate mayonnaise now because I used to help make dressings twice a day, and I just got sick of it.”

A graduate of LSU, Perkins got his start in the restaurant business in Baton Rouge while earning his degree in microbiology. By the time he graduated, he was a manager at the iconic former bar and restaurant Poet’s in the 1970s. He seems thrilled to be back in town, as his team slings pizzas for Baton Rouge area residents.

Tour the new Rêve Coffee Lab, back and better than ever in Willow Grove