Before she could be found driving her vintage ‘77 Chevy step van through the streets of downtown Baton Rouge, Basel’s Market Food Truck owner Kalyn Lindsly worked in retail. Last spring, she went from selling clothes at a local boutique to restoring that vintage van and bringing Basel’s to life.

Lindsly, whose family owns Calvin’s Bocage Market, grew up in the aisles of the grocery store and deli and has worked alongside her family in the business for the past few years. Influenced by her longtime love of food and her childhood, the 24-year-old knew a food truck would be a more doable approach to achieving her long-term dream of opening her own cafe.

“It was almost like [Basel’s] was right in front of me,” Lindsly says.

When Lindsly’s father found the truck in their neighborhood in March, it felt meant to be. They made the deal on the spot.

The full remodeling process took about eight months. Lindsly was hands-on with the project, painting walls, installing baseboards and researching plumbing. “I think people can see the care I put into it,” Lindsly says. “I even painted the ceiling.” 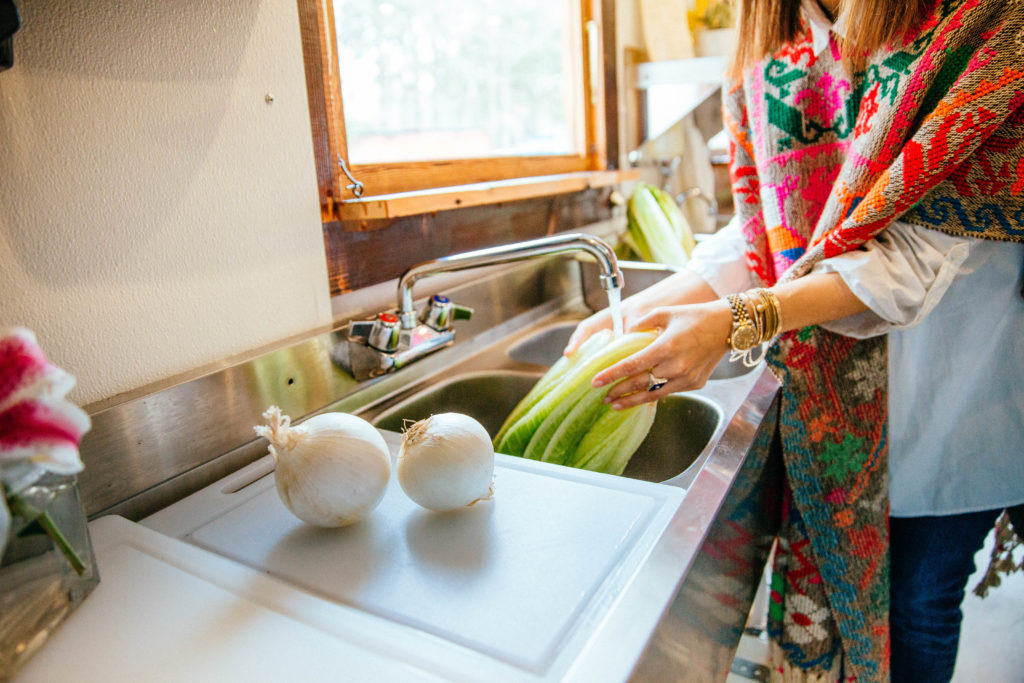 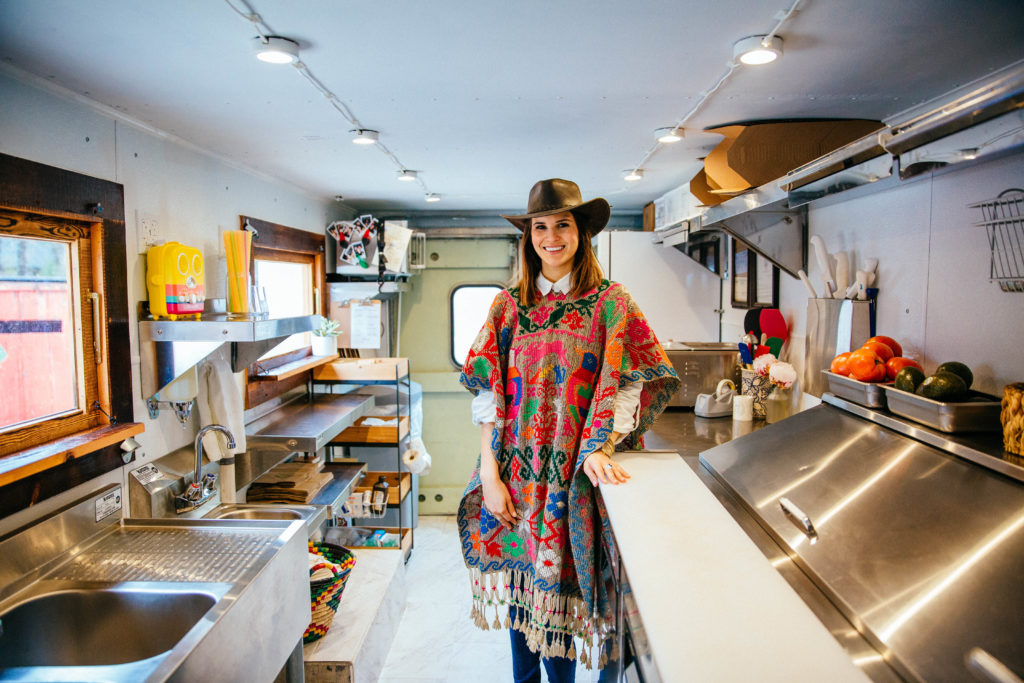 Lindsly’s hard work paid off. The truck reflects her style, from the handwritten chalkboard menu, to the dark wood shelves and window frames, to the logo itself: thin, Kaitlin-style calligraphy framed by green leaves. The minimalist branding combined with the truck’s old-fashioned feel gives Basel’s a bright, clean aesthetic with a small-town Americana vibe. Coke products served in vintage-style bottles are for sale during the day, alongside a sign that reads “fresh baked pies served daily.”

“It’s very much me,” she says. “I tried to put my personality as much as I could into the truck.”

The name “Basel’s”—pronounced like basil—was an easy decision for the Baton Rouge native. Named after her beloved 7-year-old Australian shepherd, Basel,  Lindsly knew it was the perfect fit. 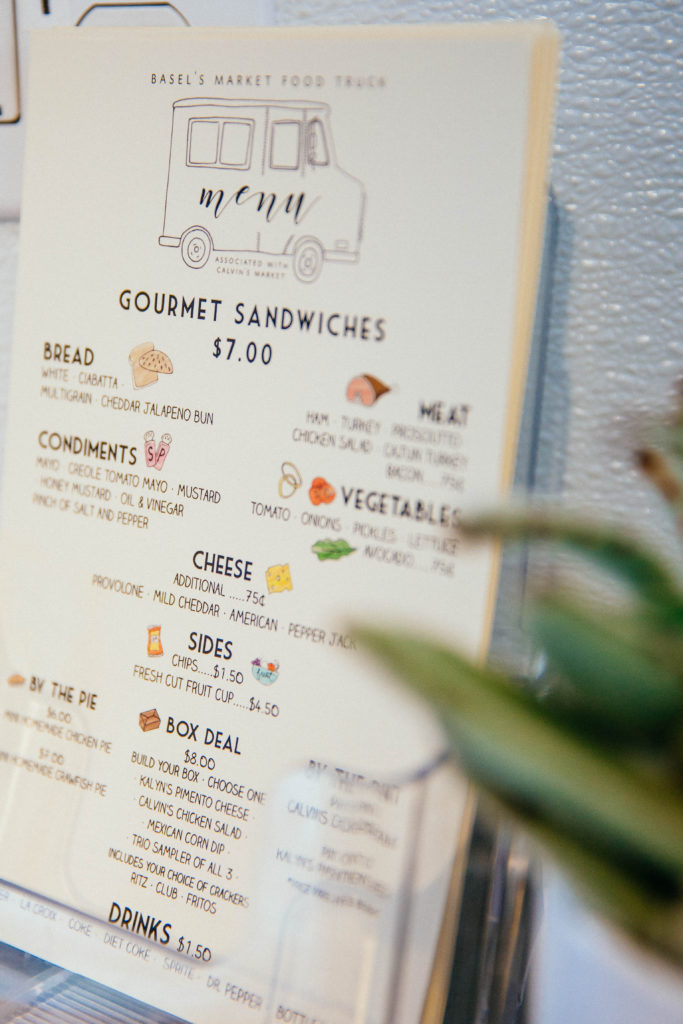 “Basel was always it,” she says fondly. “There was no other question.”

Though the truck is Lindsly’s endeavor, Calvin’s still plays a big part in Basel’s day-to-day. Lindsly does her prep work at the store, and works with the same vendors she’s known all her life—only now, she places orders for her own food truck.

Lindsly is a modest business owner—she gushes at the idea of having loyal customers who have become her regulars since she started her routes in October.

“It makes me so happy people want to make their usuals with me,” she says. “I could not be more appreciative.” 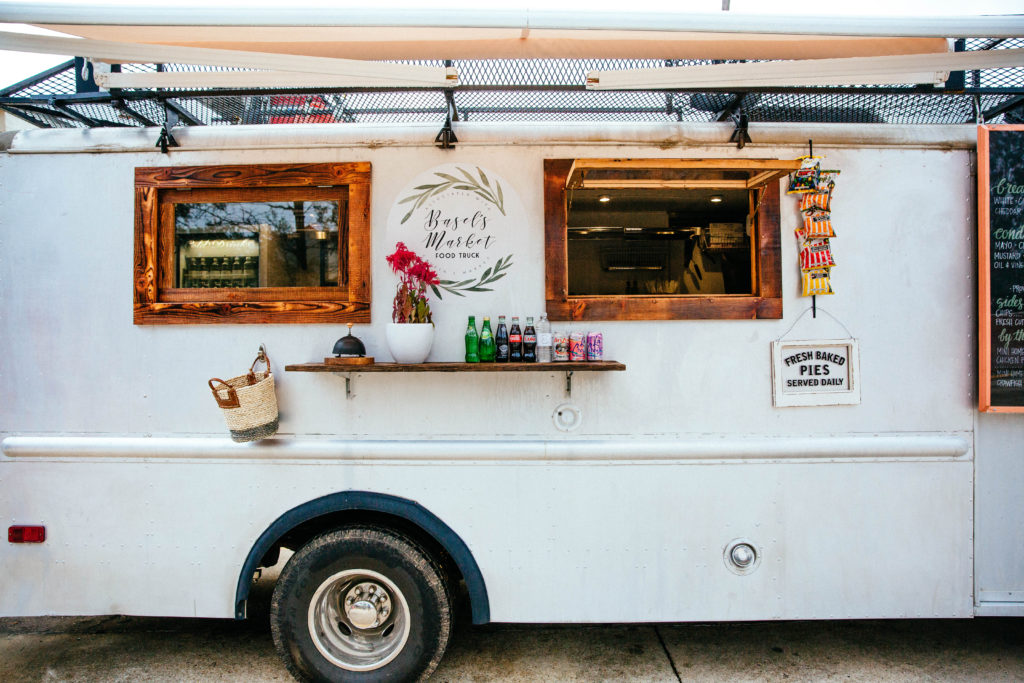