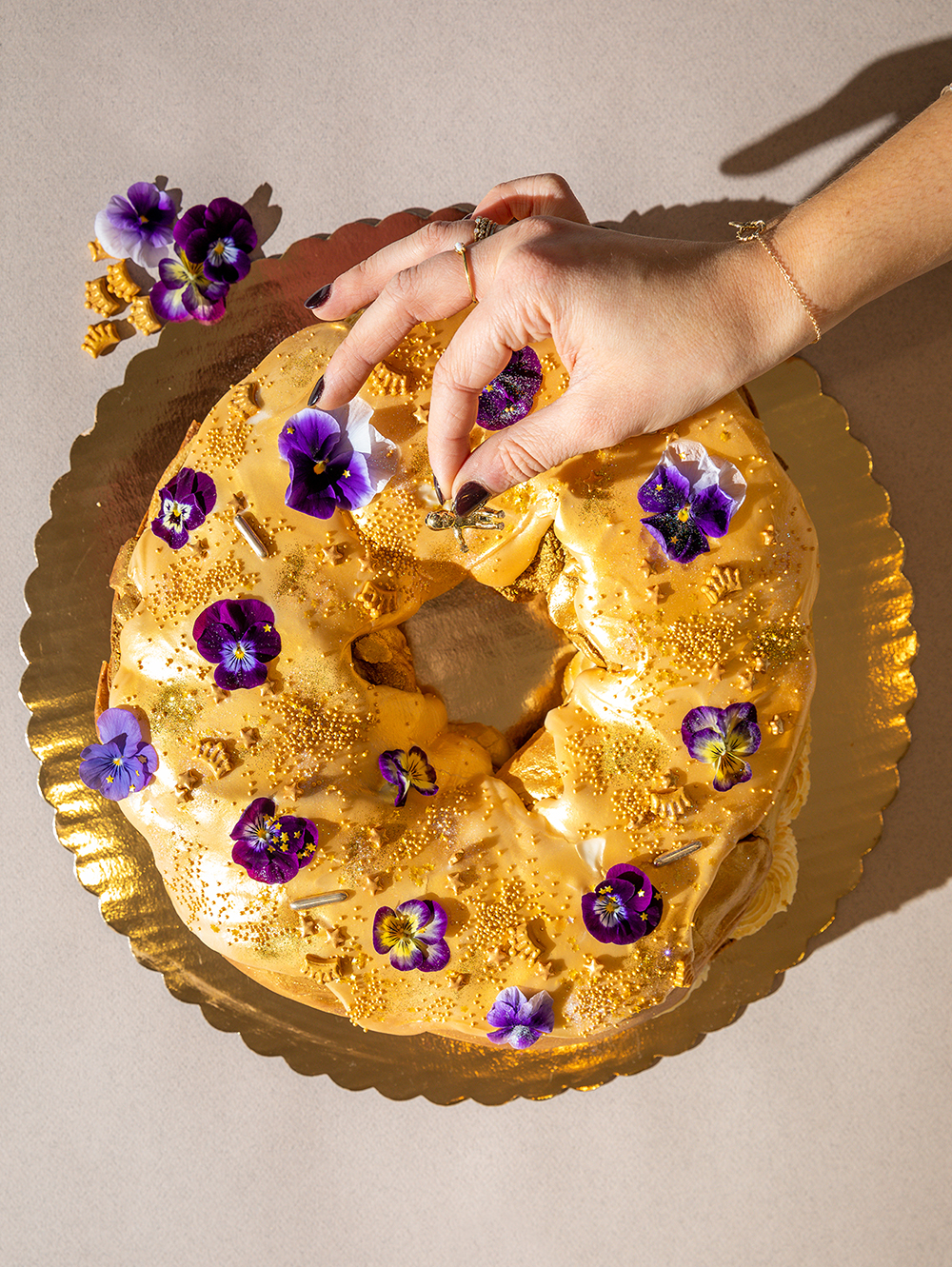 The harbinger of Carnival season, king cakes are the gastronomic expression of Louisiana’s joie de vivre. In the weeks leading up to Fat Tuesday, these tri-colored brioche rings are all the rage, gracing tables with their tempting flavors, plain cinnamon or filled, with the promise of a hidden plastic baby inside.

The roots of king cake reach back centuries to Old World Europe, when some form of the pastry was served on Jan. 6, the Feast of the Epiphany, to signify the three kings’ arrival in Bethlehem. Still in France today, the cakes are confined to Twelfth Night only, when families serve galette du rois, almond-filled puff pastry baked with ceramic trinkets inside. 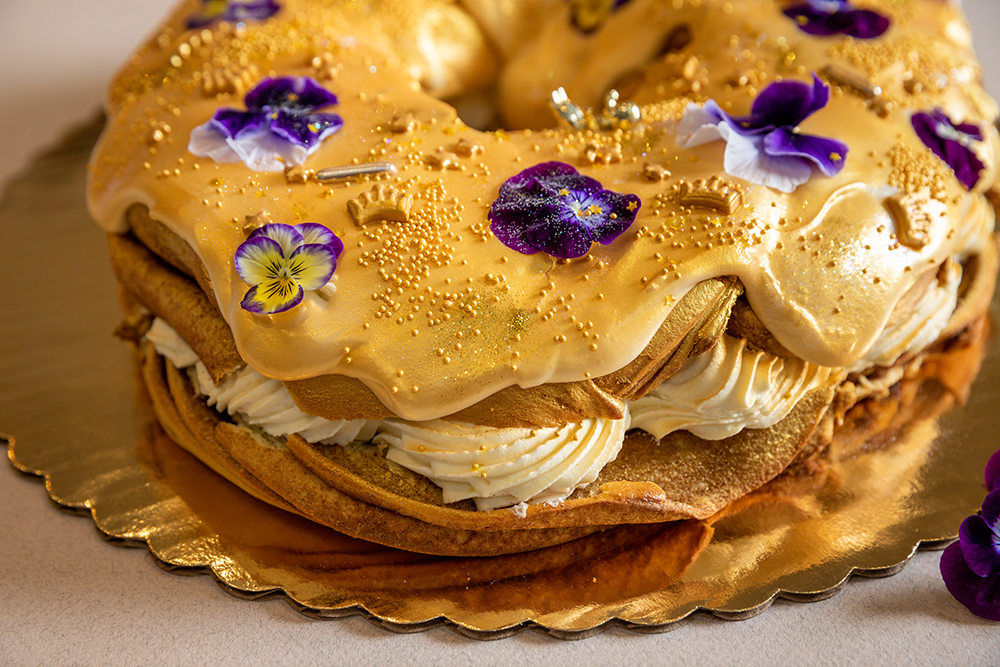 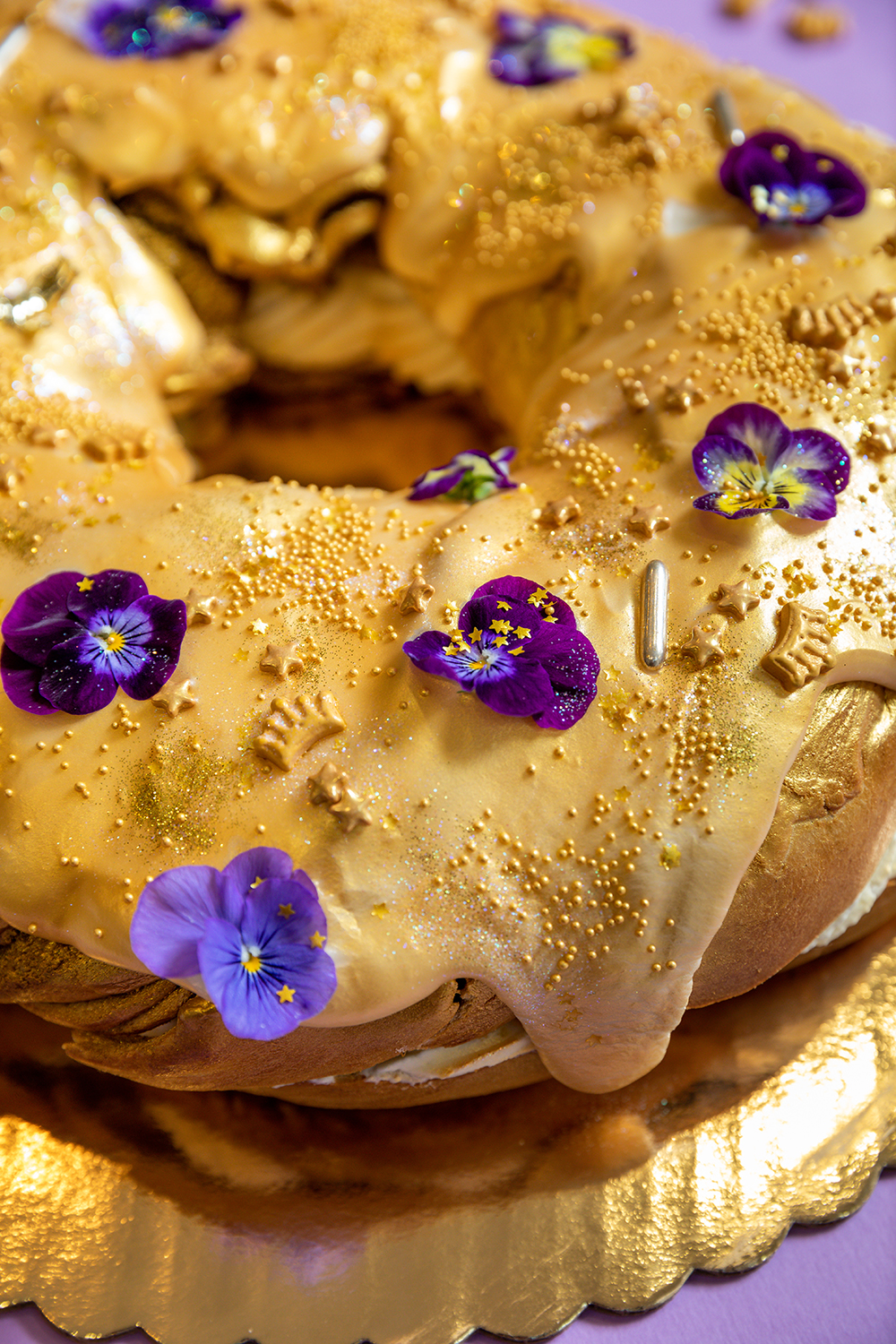 No surprise, king cakes are enjoyed in Louisiana throughout Carnival (and more recently, during other holidays) with wild abandon. One is never enough, not when there are so many variations. New iterations appear all the time, like this Queen Cake from Gourmet Girls, one of several specialty versions made by the Bocage catering company. In this elegant pastry, a homemade brioche ring is filled with Champagne mousse and sprayed with edible gold lustre and topped with edible flowers. “It’s gold, and different,” says Gourmet Girls owner Katia Mangham, “so why not name it ‘queen.’” gourmetgirlsbr.com

Fans of filled king cakes know there’s nothing like Gambino’s double-stuffed option. This is also one of the few bakeries that still bakes the baby inside. gambinos.com