Pho 97 takes its look seriously. But owner Tony Bui is arguably even more serious about the food. The team at the new Vietnamese restaurant cooks its broth for 24 hours, just as the owner did growing up.

Bui says he grew up in traditional Vietnamese family. He often likes to get together with friends at pho restaurants, but he says he could never find a modern-looking restaurant for the gathering. 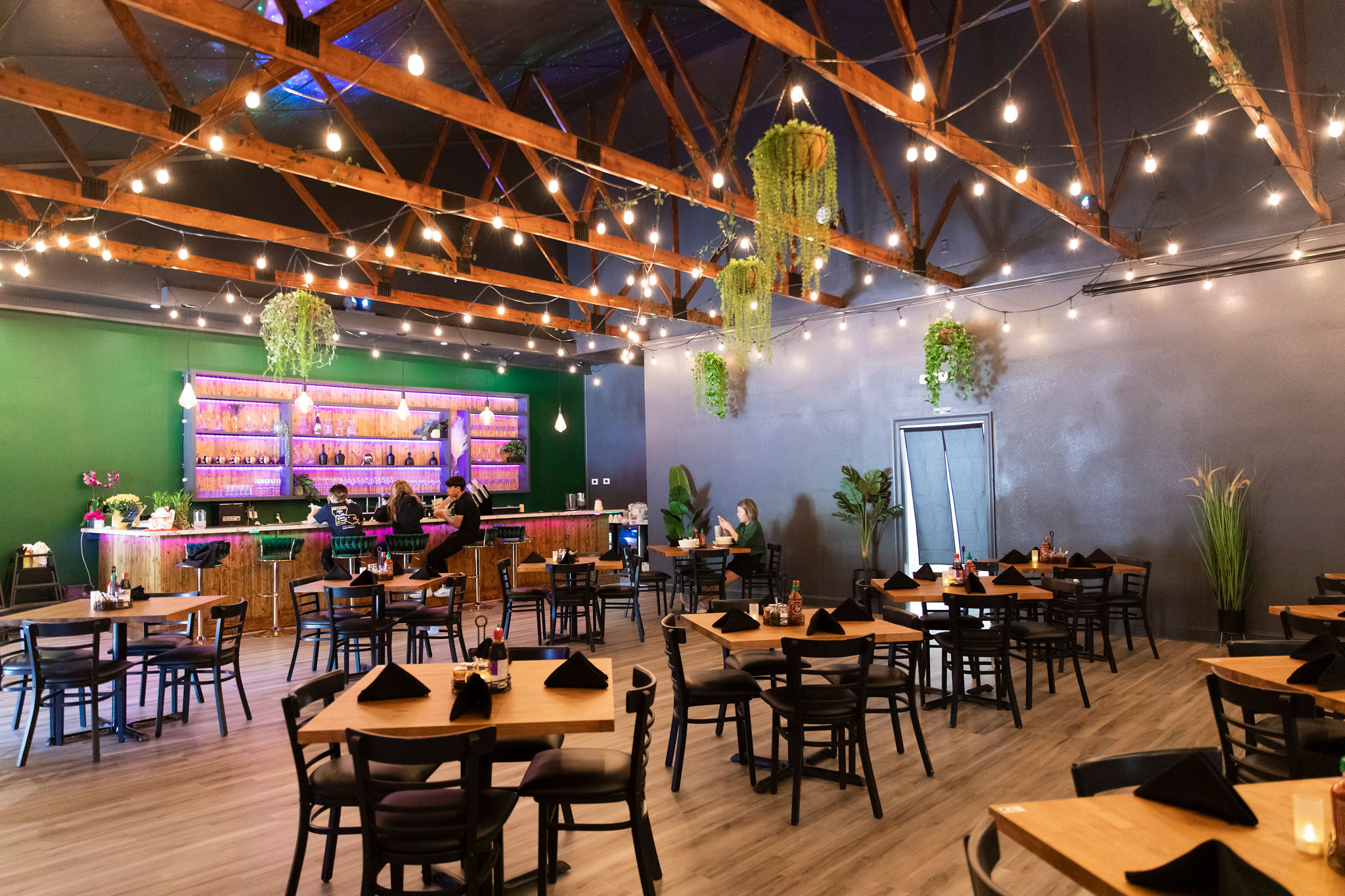 “Why not just open something where people can enjoy a nice modern environment and still enjoy very traditional food,” he says.

Bui purchased the former Italian Pie location on George O’Neal Road in January and immediately closed it down to begin creating his and his family’s vision: a new location of Pho 97, a restaurant concept his family started in Hawaii. The restaurant’s grand opening was Oct. 2, when Bui says it sold out of food and was fully seated the entire night.

During the design process, the building’s original ceiling beams were uncovered, sanded and stained to fashion a rustic but modern atmosphere. The beams add to the outdoorsy feel by giving the illusion the customers are sitting under a pergola.

“I love eating outside, but the problem with Louisiana is the weather,” Bui says. “I decided to build an inside-but-it-feels-like-you’re-outside vibe.”

Plants surround the dining area, while star-like lights cover the main floor ceiling. A “date night” area is sectioned off, where hanging flowers cover the entire ceiling for those looking for a private and romantic evening. Tony said he and his family worked eight-hour days for three weeks solely on its floral ceiling feature.

“We worked night after night, sometimes until 2 a.m,” he says. “Everywhere you look, there’s character to it.”

The kitchen is helmed by Tri Truong, a Vietnamese chef who previously worked in Hawaii. Bui says everything on the menu is prepared fresh and in-house; nothing is pre-cooked. Bui likes to support small businesses by getting the majority of his inventory from local Vietnamese and Asian markets. He tries to get ingredients in-town before outsourcing.

The menu offers a variety of pho and soups and includes the Vietnamese name of all the dishes. Bui described the Bun Bo beef noodle soup as a flavor explosion, as it is more concentrated than the pho. The egg rolls and vermicelli noodles are popular dishes.  Pho 97 offers a variety of drinks, including thai milk tea and pink lychee.

“Right now, this is just a small taste of what we have,” Bui says. “We have so many ideas.” 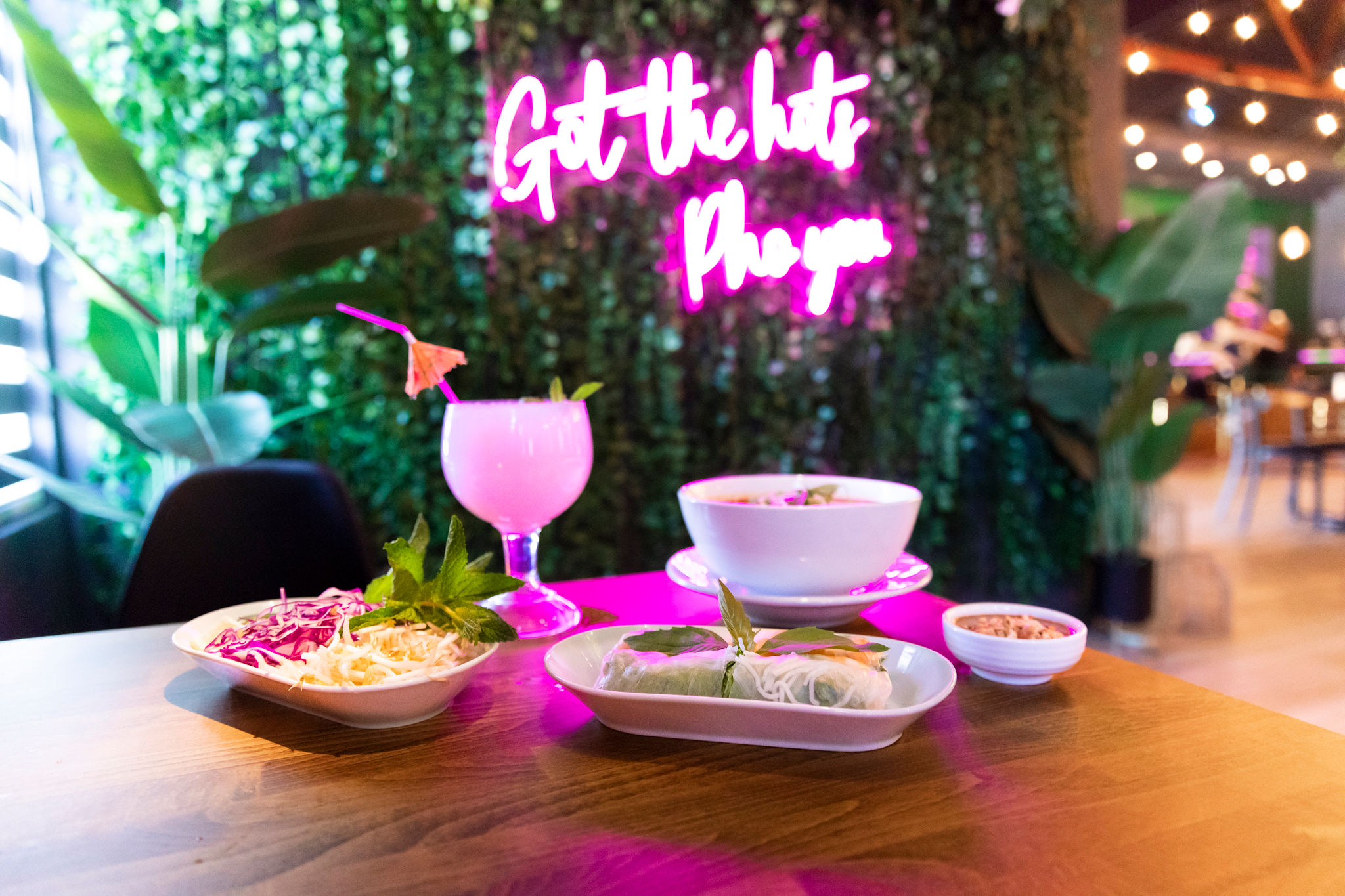 Bui plans to expand the menu soon with brunch and a larger drink menu once the restaurant obtains its ATF license. Bui estimates that will come in roughly five weeks.

A projector hanging on the wall of the main eating area will be up and running soon, though Bui says he will only play the “bigger” football games and usually keep it off to maintain that intimate vibe. He said he wants his customers to engage with one another while enjoying the food.

The couple also has big holiday plans for the restaurant. They plan to decorate a tree in the center of the dining room and string lights will hang from the beams. 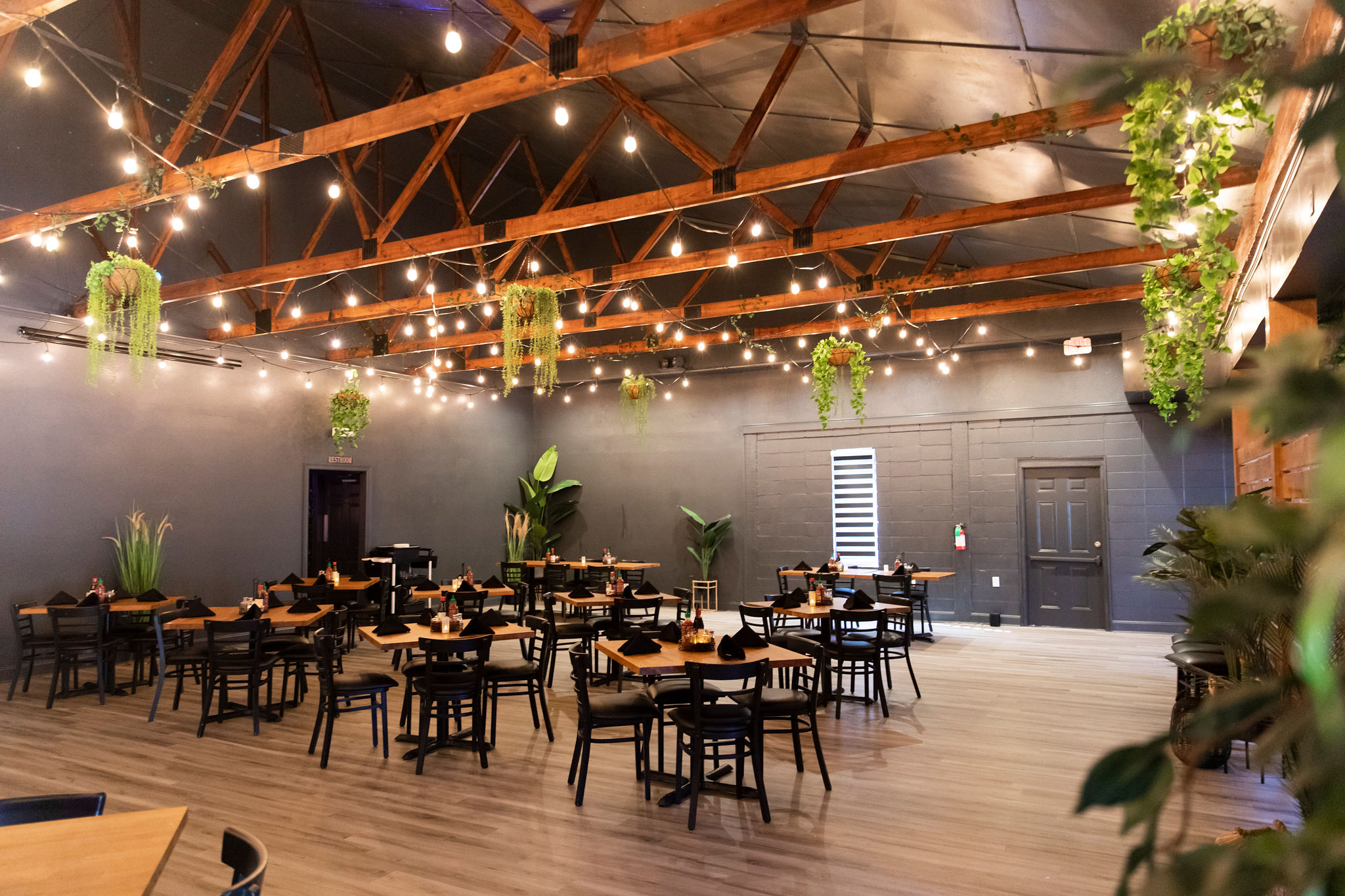 “Obviously our main attraction is the environment here,” he says. Tiffany adds, “Then you try the food and start to fall in love with us.”