The Raising Cane’s Chicken Fingers chain we all know and love is getting a new ‘do. Its updated design debuts at a new location opening in Walker today, July 16. The latest restaurant comes with a few major additions, including an exposed kitchen and outdoor patio seating underneath string lights. There are plenty of eye-catching design elements, too, like bold lighting pendants, glittering disco balls, and colorful seating, artwork and floor tiles.

“I want people to see our crew and see our quality more,” says Raising Cane’s CEO Todd Graves. “I wanted someone to come in and be able to see somebody making lemonade, because we do that stuff fresh all day.”

As a fast-food restaurant that prides itself on using fresh, premium ingredients, the Raising Cane’s team wanted to showcase the commitment to quality and cleanliness in the new design. Now, at the Walker location, you can watch as the crew squeezes fresh lemons and mixes Cane’s sauce from scratch. You can also enjoy your Three Finger or Box combos on the outdoor patio, complete with fans and bistro lights. Even the furniture has a few funky twists, such as steel detailing and a table made from old car hoods. 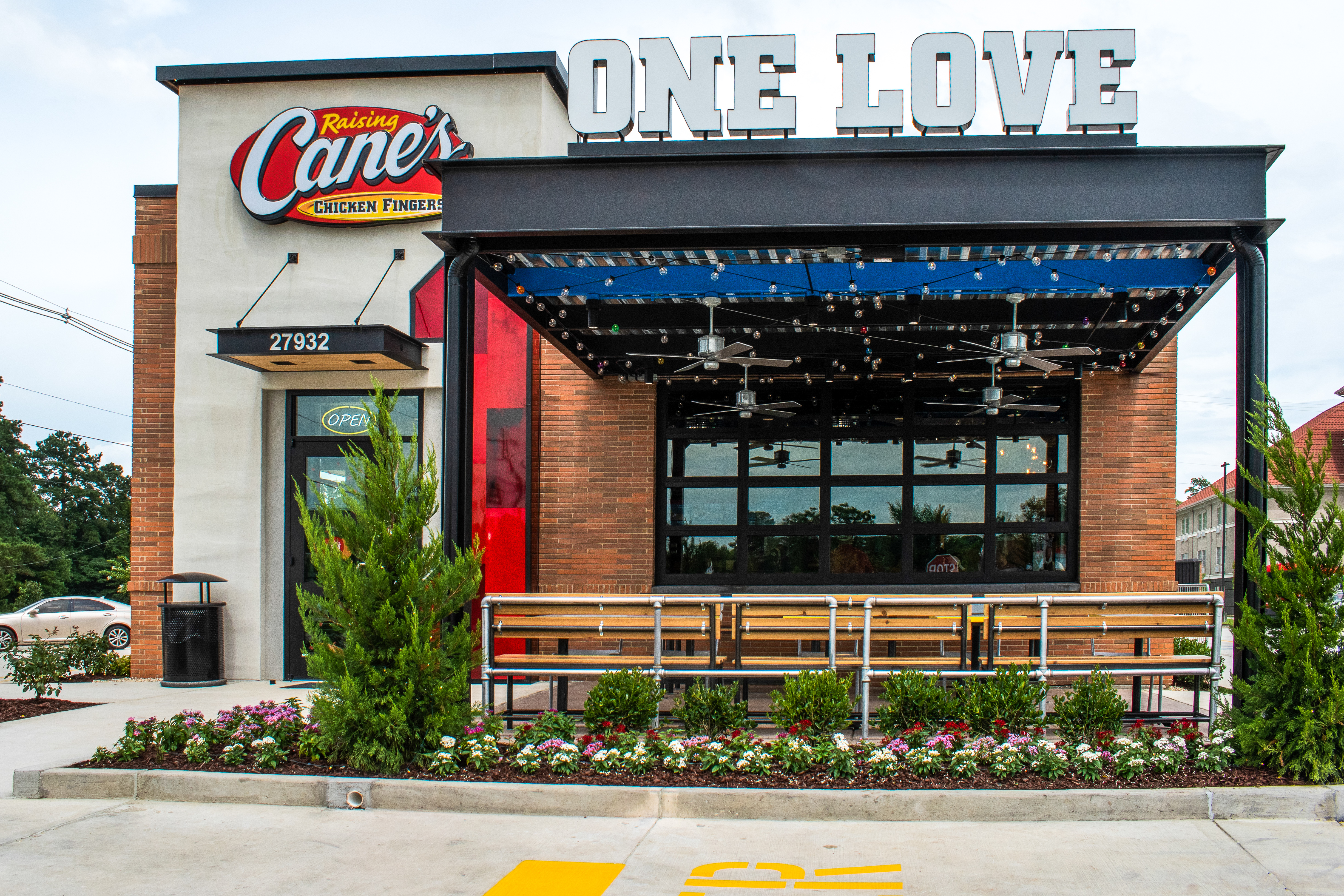 But don’t wave goodbye to your favorite classic Cane’s features—several of those such features are incorporated in the new design as a testament to the company’s journey. Retro speakers play music from the corners, and there’s a velvet Elvis hanging on the wall—a callback to the Elvis towel hanging in the original restaurant at LSU’s north gates. And you can’t miss the three disco balls hanging front and center, also a tribute to the original location, which has a disco ball hanging from the skylight. Since that first restaurant, the disco ball has become a staple in all Raising Cane’s restaurants and offices. “The restaurant is focused on telling our story, but kind of in a new and updated way,” says Raising Cane’s spokeswoman Julie Perrault.

And like other locations, the Walker restaurant includes a few personal touches. Graves specifically selected hand-painted murals and community-specific graphics like a Southern University flag and a community board to hang on its walls. “While we’re growing and getting bigger, we’re still laser-focused on being the community’s restaurant,” Perrault says.

The Walker restaurant joins two others in Livingston Parish and 40 others with this new design, the first of which premiered in Arkansas in 2018. Now, all new restaurants will reflect this enhanced aesthetic—and there will be quite a few of those. Raising Cane’s current growth plan includes opening about 60 to 70 new restaurants around the world per year. “I feel like we’re a very young company just getting warmed up,” Graves says.

You can also expect to see some elements of the updated design in existing locations around Baton Rouge as the Raising Cane’s team gradually updates and refreshes these restaurants. 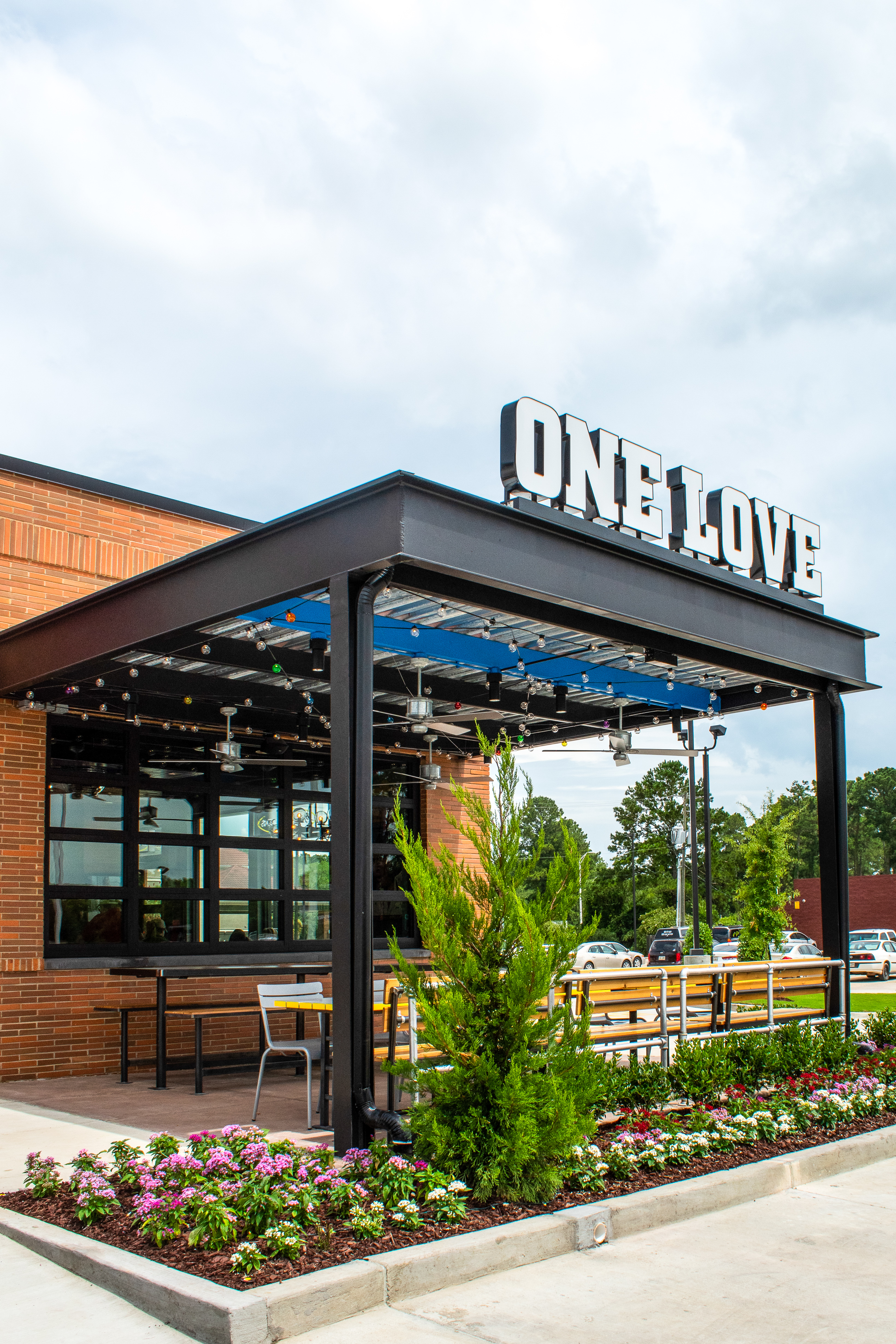