In 1923, Cannatella Grocery opened its doors in Melville, about 40 minutes west of New Roads. Nearly a century later, it’s opening its second location, this time in the Red Stick.

Grant and Pamela Cannatella opened the new location in late May on Government Street. The specialty grocery store has been manned by the Cannatella family for four generations, known for its muffuletta, meats and imported Italian items like wine, olive oil and cheeses.

Though Cannatella Grocery, which also calls it itself Cannatella’s, is fairly new to the area, it is already making a splash in Mid City. It brings Cajun and Italian products, unique cheeses for that perfect charcuterie board, and original creations such as Mr. Grant’s—Cannatella’s take on Cajun seasoning. But it’s not just groceries. Cannatella’s in Melville is known for its over-the-top muffulettas and huge lunch plates, so the family decided to bring its most popular items to Baton Rouge. Fresh meals made at the Melville location are frozen and sent to Baton Rouge, giving Mid City customers grab-and-go options to take home and prep. They also provide fresh sandwiches, hot boudin and spicy sausage.

Pamela Cannatella explains the transition from lunch plates to frozen meals was determined based on the Baton Rouge clientele.

“We don’t do a lot of the grab-and-go items in Melville just because there aren’t that many people there,” she says. “We have hot lunches during the day, so there isn’t a need. People still cook most of the time in small towns. I have found in larger cities that people are just too busy. They work, and sometimes they don’t have time to prepare and cook their own meals, so we are trying to bring that option here.” 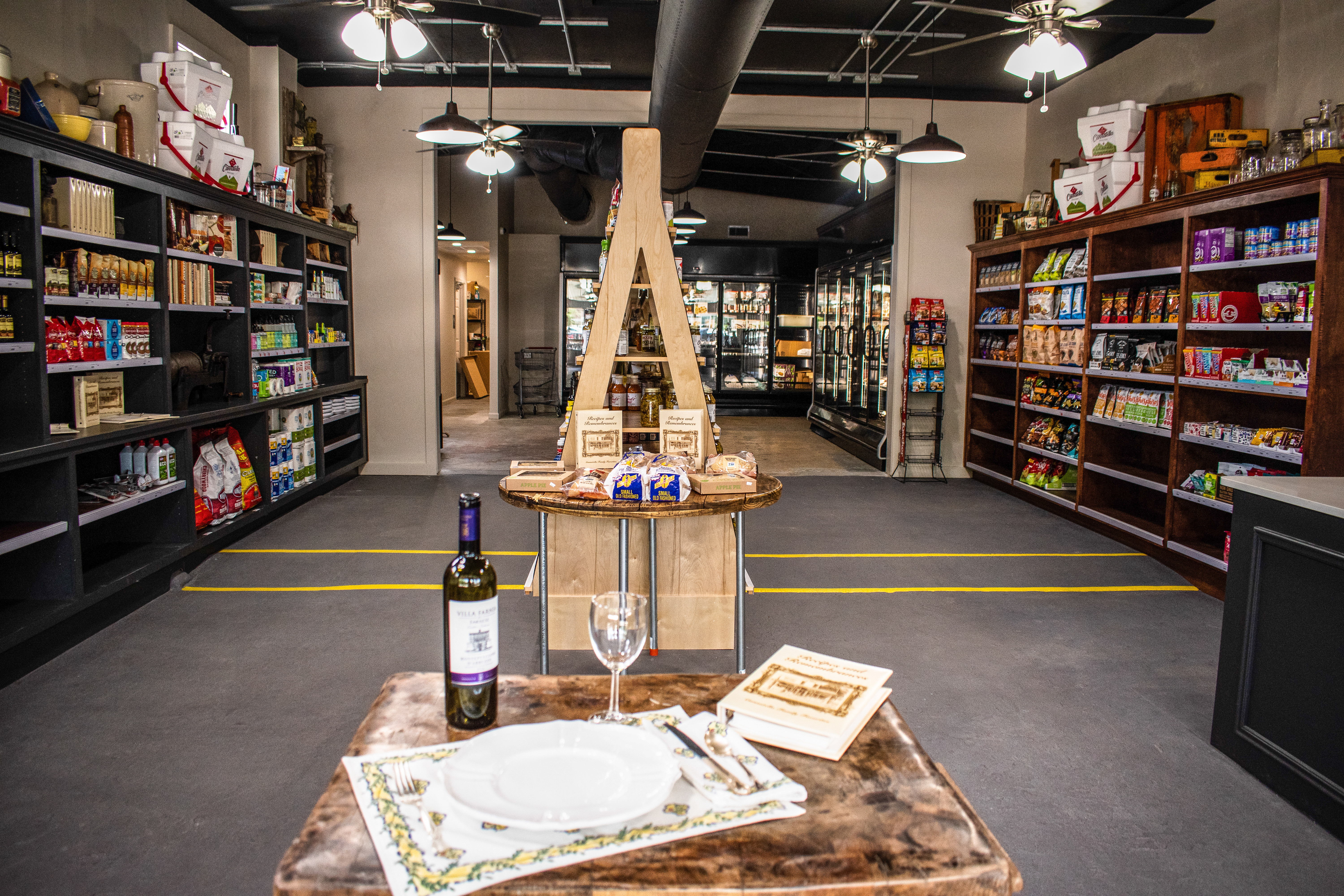 The store is known for its attention to detail and its clientele, meaning the owners have already made some major adjustments to their grocery selection just based off what they have seen in Baton Rouge. The Cannatellas have increased the number of gluten-free, vegan and other healthy items due to demand and customer requests. The result? A personalized selection, reflecting the community the store now calls home.

Pamela says the extra effort is what Cannatella’s is all about. As she sees it, they are inviting people into their family and into the work that has been in the family for generations.

“We are more of a small grocery,” she says. “Nobody is going to come in and fill up on a week’s worth of groceries. But, I will be here every day getting to know our customers and letting them get to know us. We are very family-oriented and community-oriented. We hope this becomes a meeting spot for people to come and hang out and visit. When people walk in the door, you just feel like home.”

Cannatella Grocery is at 3869 Government St. The store is open Monday through Saturday, 10 a.m.-7 p.m.