When a new restaurant or bar opens, you usually gather intel through a quick social media scan or a chat with a friend who’s already been.

But in the case of Mid City Beer Garden, all you need is a drive-by to witness that things look pretty interesting. The open-door design reveals lots of happy people milling, sipping, munching and celebrating in one of Baton Rouge’s hippest new spots.

After four years of planning and development, Mid City Beer Garden opened over Labor Day weekend, and it hasn’t slowed down since.

The brainchild of Radio Bar owners Dave Remmetter and Brian Baiamonte and its general manager Kelli Paxton, the place has quickly become the nexus of all the things we love in Baton Rouge—a broad bar menu, reimagined pub grub, indoor-outdoor seating and a taste of nostalgia (Chelsea’s revived grilled cheese)—all delivered in an environment that slays.

While working on the concept, Remmetter, Baiamonte and Paxton traveled to beer gardens around the country and beyond, cataloguing details they liked and felt would work in the Capital City’s blossoming Mid City neighborhood. The Architecture Studio turned their vision of a sustainable, open-air space into a reality. Pull up on your bike or on foot, and slide right in. This is the kind of place that draws young professionals punching away on laptops in the mid-afternoon, and friends catching up during happy hour at night.

On clear days, diners in the open-air space enjoy nothing but sky, string lights and hanging plants dangling overhead. On cold days, diners won’t feel chilly, thanks to the fireplace and several heating units.

Sixty small chalkboards behind the bar disclose the beer list, which includes a combination of old reliables, craft brews and global selections. Nearly half are always rotating, making the Beer Garden a favorite among users of the social beer app, Untappd. Can’t decide what to order? The popular beer flight option allows guests to sample four different 5-ounce pours.

If beer’s not your thing, the wine list boasts largely organic and sustainable producers, and there are plenty of inventive cocktails for spirits cravings. 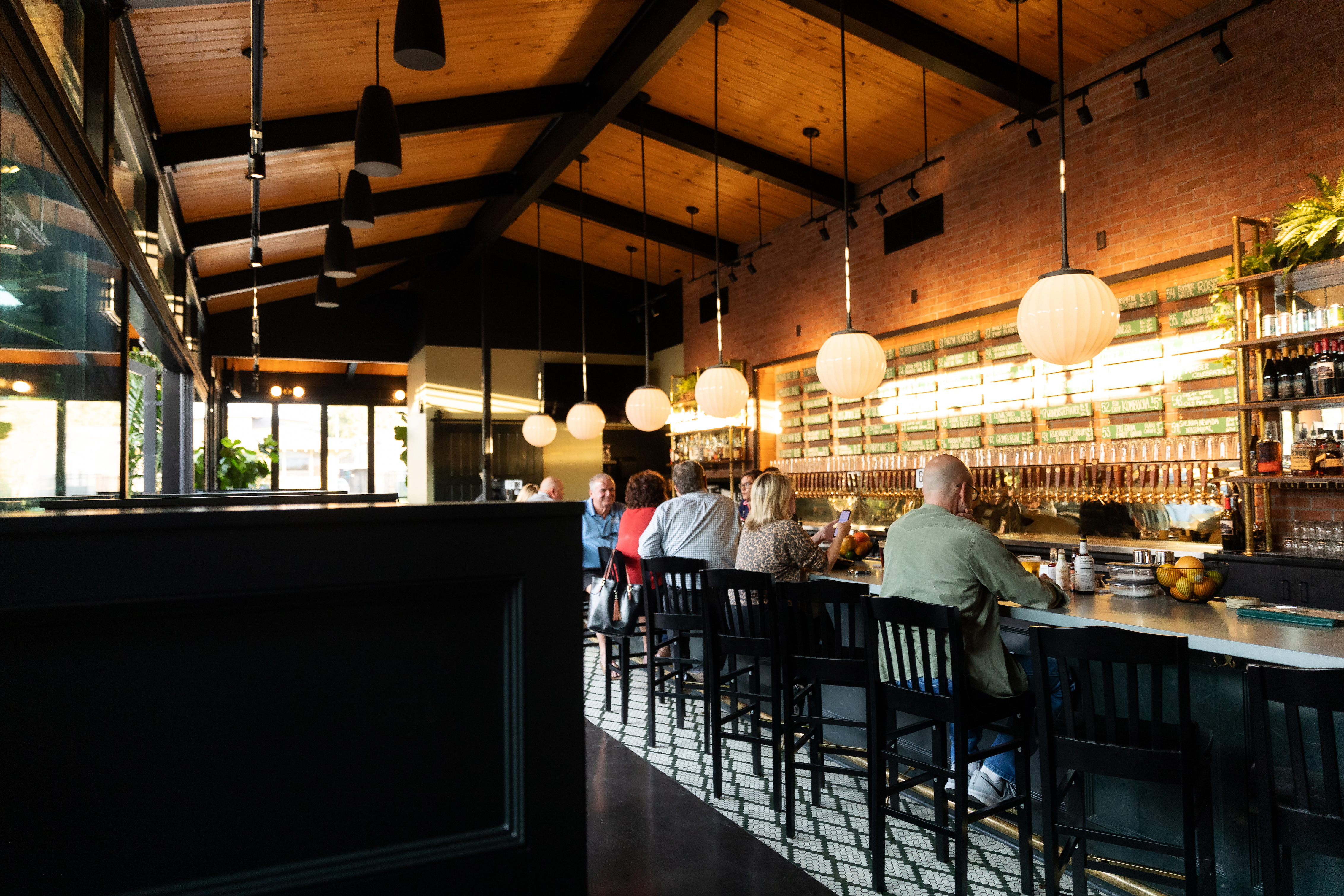 The menu strikes a balance between the kind of hearty and satisfying fare you need while knocking back a few, and lighter vegan and vegetarian options. Rotating specials include various po-boy sliders, including ones with buttermilk fried chicken tossed in a sweet-spicy barbecue sauce. The Buffalo chicken wrap and southwest veggie quesadilla are also frequent specials.

But you really can’t experience the place without sampling the gooey four-cheese grilled cheese. The sandwich is the stuff of Baton Rouge legend: a customer favorite from now-closed Chelsea’s Cafe, which Remmetter also owned. And don’t forget the tomato soup.

Click here to head back to our Hot New Restaurants cover story from the December 2019 issue of 225 Magazine.

Ideas for weekend getaways just outside of Baton Rouge

What the 225 staff is binge watching, listening to and more this week