For as long as she can remember, tea has been a part of Rachel B. Jackson’s daily routine. She sips Earl Grey tea to start her day, mullein tea when she’s feeling sick and chamomile tea before bed.

The idea of starting a tea business felt natural for Jackson, who is also the visitor services coordinator for the Louisiana Art & Science Museum. In 2018, bored of commercial tea brands and wanting to cater to her personal taste, she started making her own blends of herbal tea. Soon, she was gifting bags to friends and family. By May 2019—mere months later—Jackson had launched her hand-blended herbal tea business, Adornleaf Tea Co.

“Tea is that constant companion for me,” Jackson says. “As I’m writing or at work, it’s always with me. So I want other people to have that.” 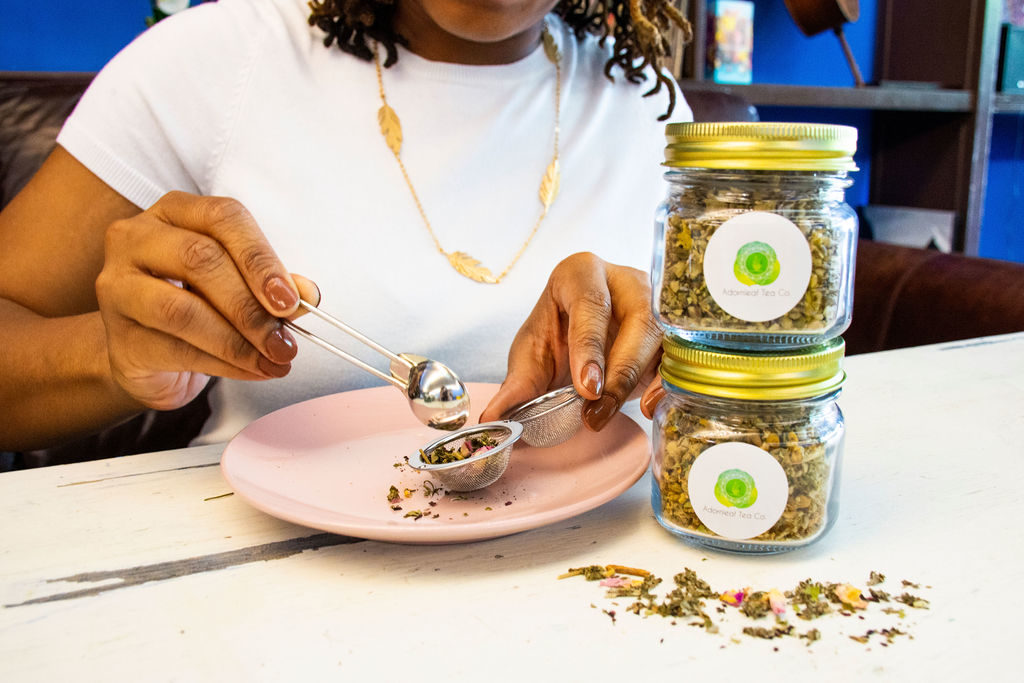 From start to finish, the blending and packing process is soothing for the 27-year-old. After blending the tea, she packs each compostable bag with two teaspoons of the dried tea leaves. Using a heated kitchen utensil, she seals each tea bag and packs them for her customers. She also sells loose tea in 8-ounce jars.

Tea is more than just a drink, Jackson says. It’s a form of holistic healing. Peppermint is known to aid in digestion. Lavender helps with stress relief and relaxation. And mullein helps with coughs and sore throat.

“I’m not really doing anything new here,” Jackson says. “Tea has been around for millennia. There are so many different places that are not only making tea, but using it in different ways to heal different things. My goal is to channel that.”

“My goal is to never replace my customer’s doctors’ advice or prescribed medicines,” Jackson says. “But I want people to think about how they can empower themselves to use these common herbs to heal themselves and incorporate them in their day-to-day lives.” 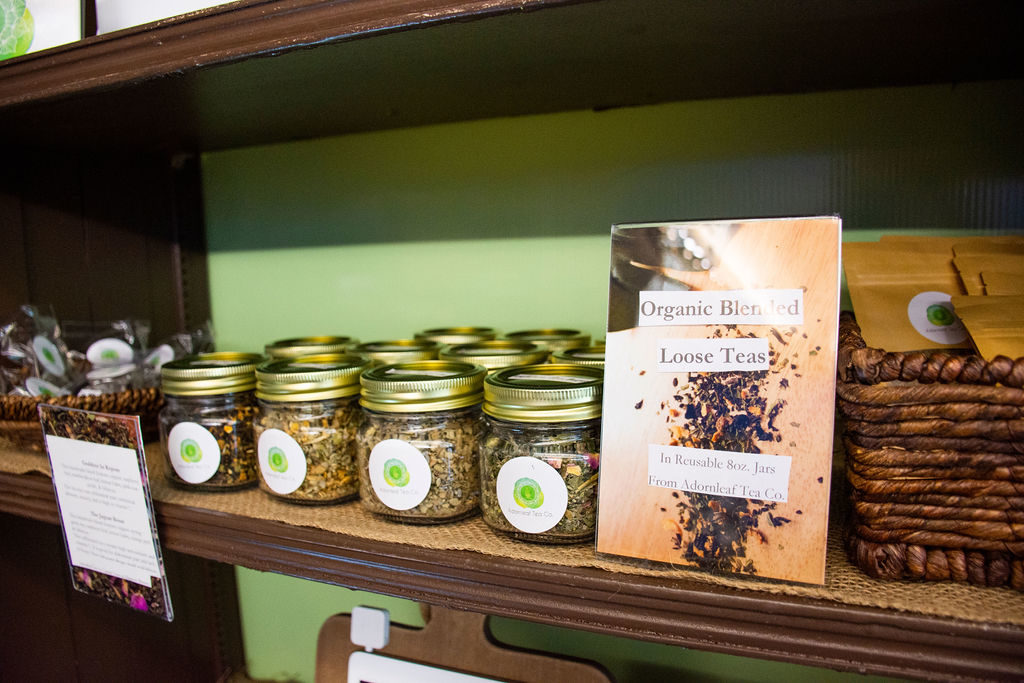