The Daisy cocktail has been around since the mid-19th century. It’s not a particular type of cocktail, but one of the classic styles belonging to a branch of the sour cocktail family.

Just as there are “mother sauces” in classic French cuisine, there are also several different families in the world of cocktails. A Daisy cocktail starts as a pure sour cocktail—which combines 2 ounces of liquor, ¾ ounce of citrus juice and 1 ounce of simple syrup—but then is modified by the addition of a liqueur. The addition of Cointreau, triple sec or other liqueur turns this classic sour cocktail into a Daisy. You can make it with any base liquor, though brandy was used in the original recipes, followed by gin during the 1930s and ’40s. Common variations include the Gin Daisy, margarita, cosmopolitan and sidecar, just to name a few.

We decided to give the true Daisy cocktail a little recognition, considering its longevity and how many of our favorite summertime cocktails actually stem from it. We like making ours with vodka and Cointreau. For an added twist, we created a homemade raspberry-infused simple syrup. It not only gives the cocktail a sweet and fruity touch, it’s also a wonderful way to sweeten iced tea and fresh lemonade. 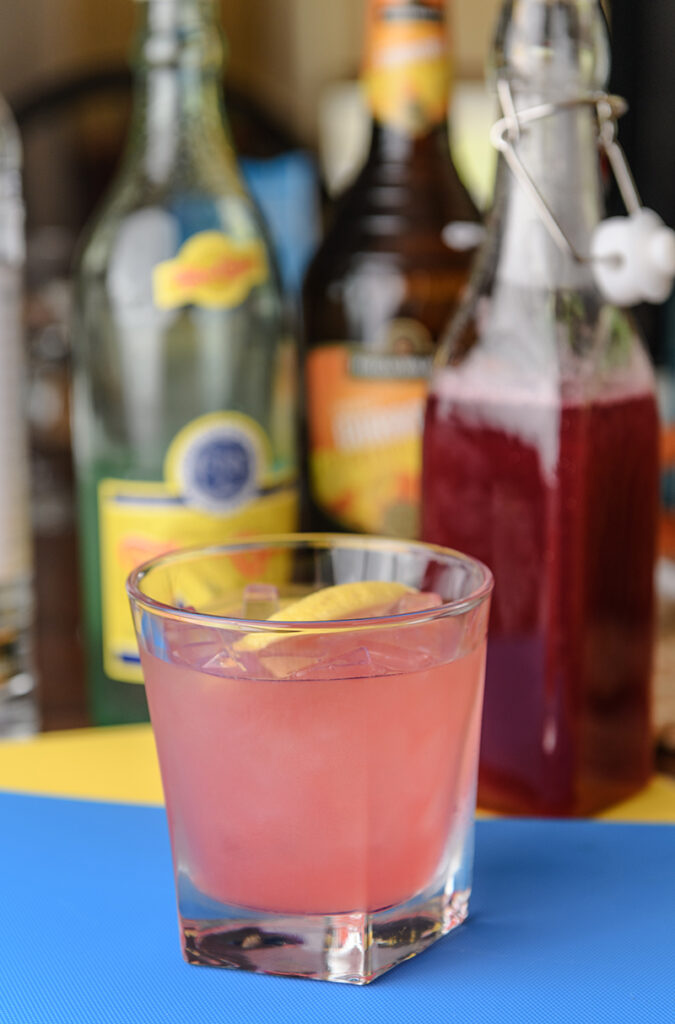 1 ounce liqueur (such as Cointreau or triple sec)

Note: Daisy cocktails may be served straight up or on the rocks.