A tray of large, spidery bulbs sits on the counter in the kitchen at Umami Japanese Bistro. It doesn’t look appetizing yet, but the dark-colored spheres will soon be one of the most sought-after Japanese small plates: fresh sea urchin.

A rare dish on the Gulf Coast, most wild-caught sea urchin is found along the West and Upper East Coasts. Chef Cong Nguyen of Umami imported a small supply last week from Santa Barbara, California, one of the most ideal locations to harvest sea urchin due to the confluence of warm and cold waters of the Channel Islands nearby.

Uni, the Japanese term for sea urchin, is buttery in texture and tastes sweet and briny.  Because sea urchin shells are covered in poisonous spines, the delicacies look much more menacing than they really are. The inside of each shell contains five chambers filled with the bright yellow-orange substance.

This is only Nguyen’s second time preparing uni from scratch—usually the meat comes frozen, already harvested from the shells—but he looks like a pro. He cuts through the spiny shells with kitchen scissors and scoops the meat out delicately, careful so it doesn’t tear or break. 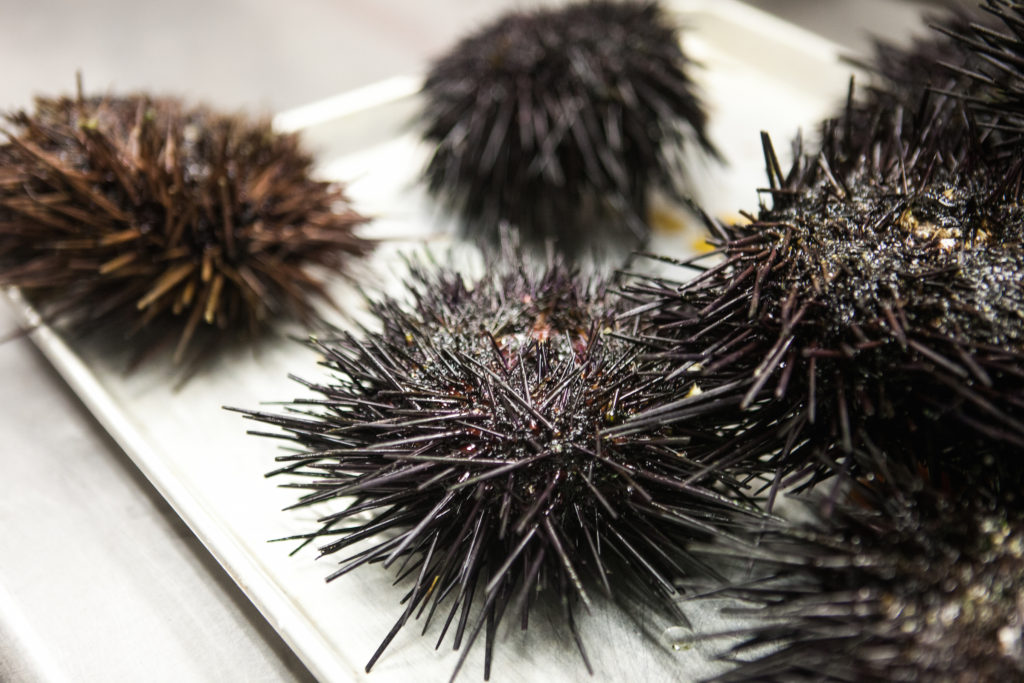 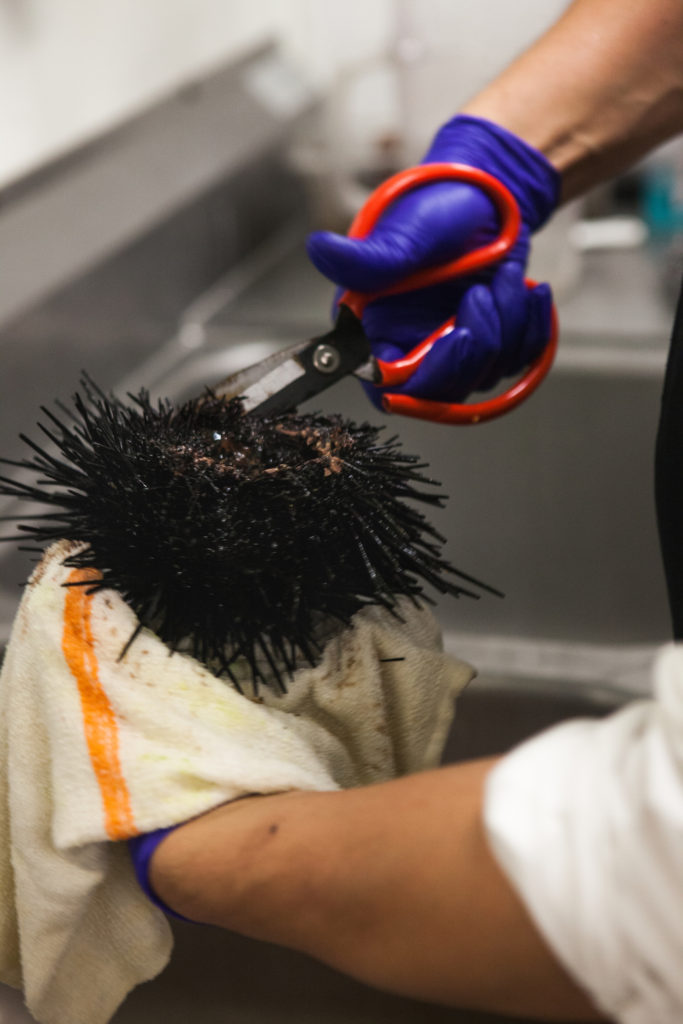 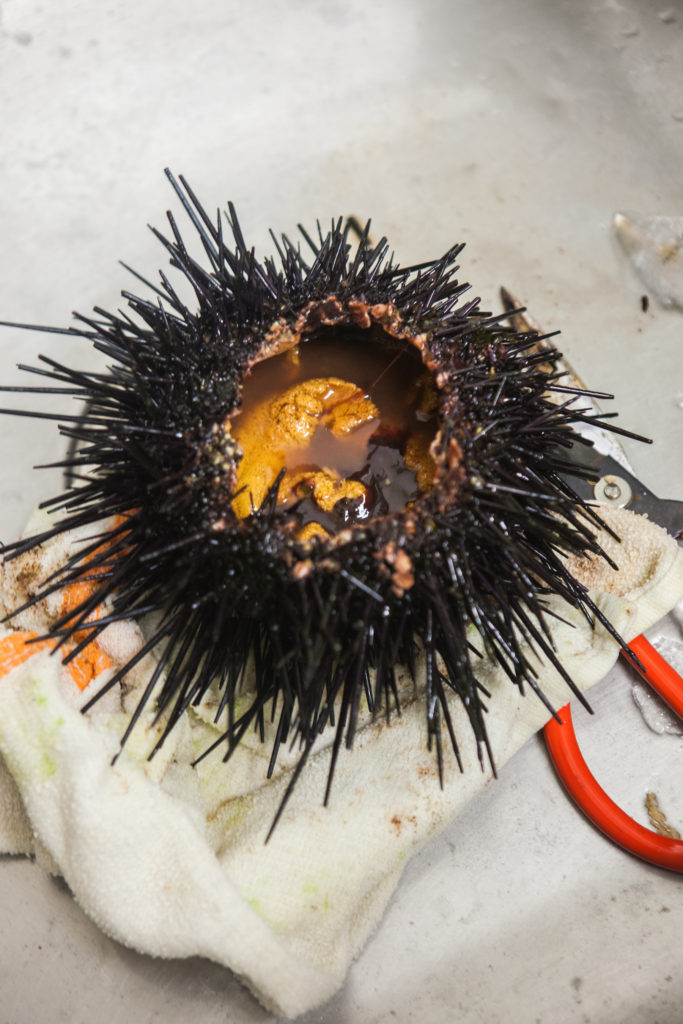 Nguyen swishes the uni in a bowl of iced salt water to clean it, scoops it into a clean bowl, and brings it to the sushi prep bar. The sea urchin shells are filled with white Daikon relish before being topped with a Japanese mint leaf, then the uni on top. Nguyen scoops a small portion of salmon roe and pickled wasabi atop the meat, finishing off the presentation with a small pipe pen filled with a house-made Japanese vinaigrette. The dish is as much an art as it is a meal, he says.

Nguyen says uni has a creamy consistency that some love and is off-putting to others, but either way is a sushi item that is in incredible demand around the world. 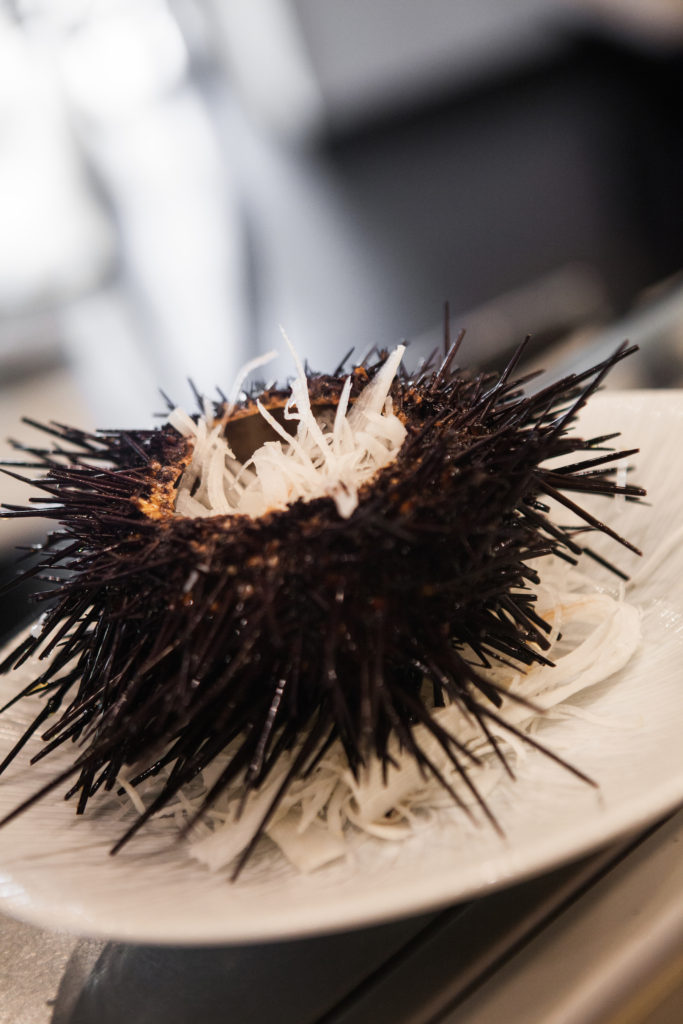 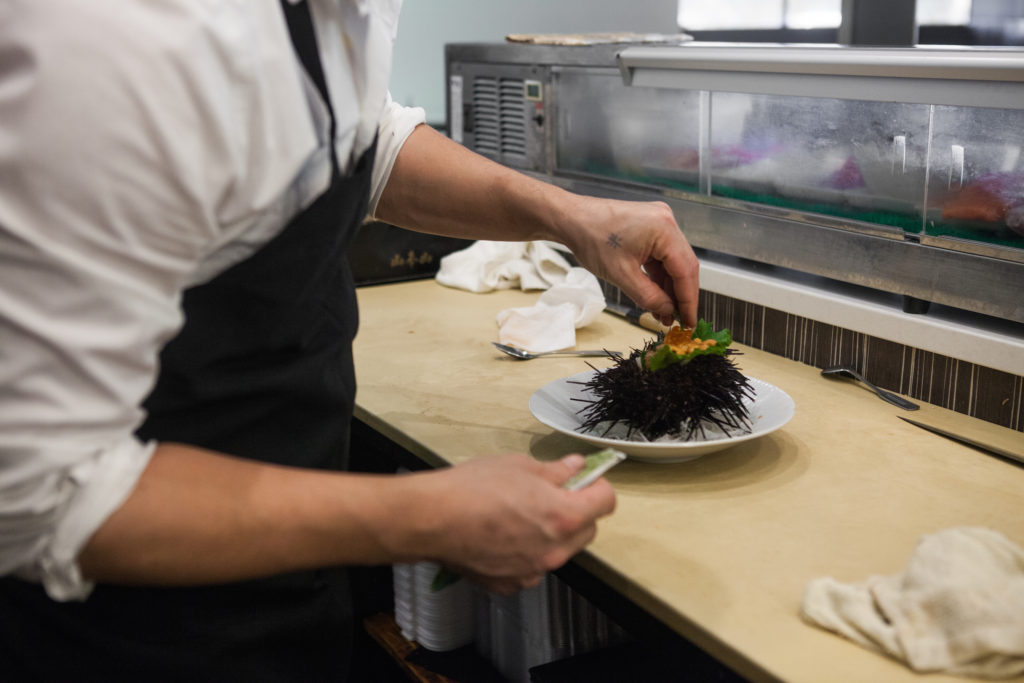 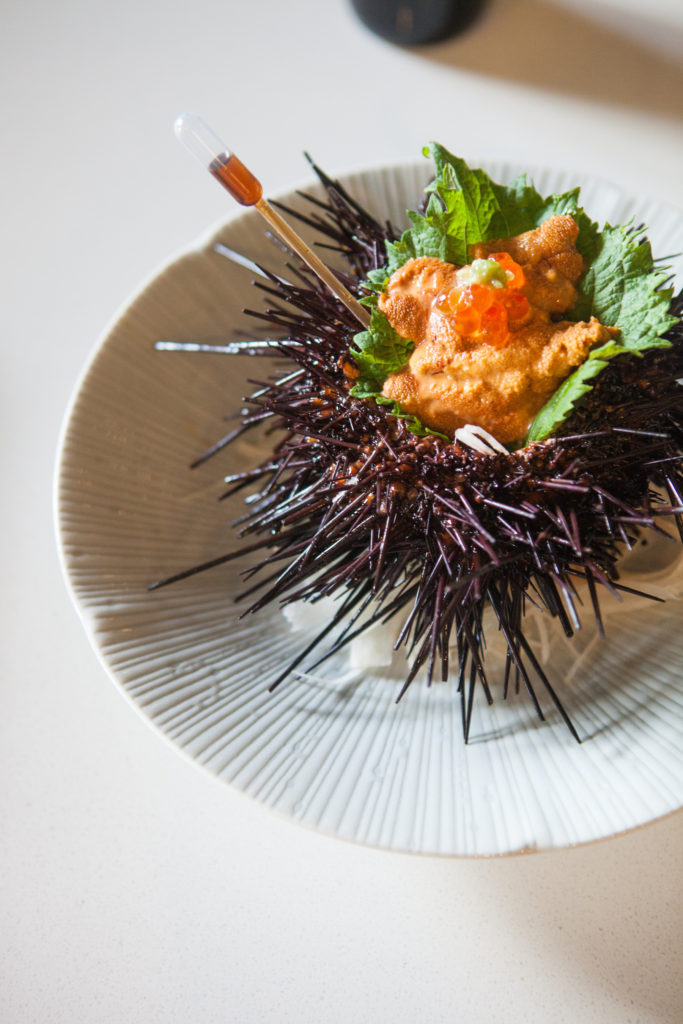 Usually enjoyed as nigiri sushi over rice or sashimi, uni has historically been graded based on color, texture and freshness. The highest grade, Grade A, is a bright yellow/gold (Grade A) with a firm texture and somewhat sweet. Grade B uni is a more muted yellow and has a softer texture and is less sweet, while Grade C uni is referred to as ‘vana’ and is often the parts left over from uni that has broken apart during processing or handling.

The higher the grade, the higher the price, and fresh uni taken directly from a living sea urchin will command the highest price, but Nguyen says it’s worth the experience because freshly prepared uni is noticeably different from uni that was processed before preparation.

The color and quality of uni is largely dependent on its diet, gender and time of harvest, Nguyen says. Size is also important as some pieces can be too large for sushi.

Nguyen says he isn’t sure when Umami will have fresh, wild-caught sea urchin again, but urges everyone to try the exotic dish if the opportunity comes around again.