Even though its name is slang for “insincere and deceiving,” Jive Turkey is not pulling your leg when the restaurant says it’s giving you the most bang for your buck in Baton Rouge.

That “bang” comes in the form of stuffed turkey legs overflowing with shrimp fettuccine, mac ‘n’ cheese or crawfish etouffee. Not to mention loaded turkey fries, and wing and leg plates with sides such as Southern-style mac ‘n’ cheese and green beans.

Keeping spirits high and stomachs full seems to be the motto at Jive Turkey, which was the first restaurant to open inside the shipping container venue Millennial Park last year. Music just loud enough to make you bop your head and colorful murals on the walls are the backdrop for family and friends chatting over turkey legs and those hefty sides.

The response to the restaurant has been strong enough that owner Cameron Jackson, who is also president and CEO of Millennial Park, is looking for a location to open a second Jive Turkey. During our interview, Jackson couldn’t disclose much, other than that he is exploring options, including spaces on Government Street.

“Us being outside helps a lot,” Jackson says. “You don’t have to go inside, you just walk up to the container, get your food, and go.”

Jackson has also made it a priority to find ways to give back to the community, such as using local produce from farms like Sweet Jones Farms, which is also working on a space at Millennial Park. 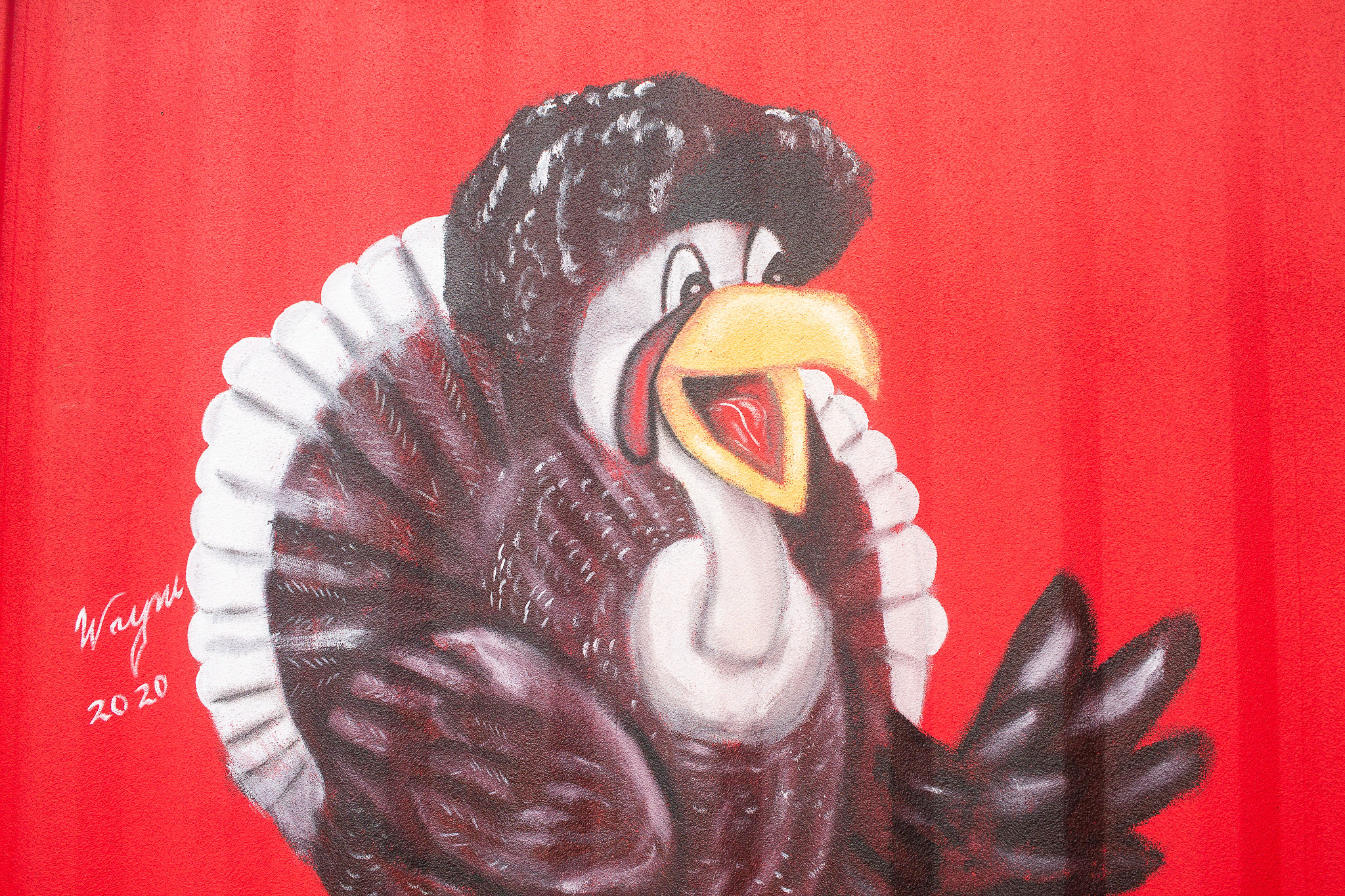 Using his own recipes, Jackson cooks all the food for Jive Turkey. Much of the restaurant’s concept was inspired by his family. Jackson was given the land for Millennial Park from his grandpa, and his mom helped him come up with the name “Jive Turkey.”

As for the turkey leg idea? It came from his dad’s love for amusement park treats.

“Why not do huge turkey legs and put a lot of stuff on them and make it something that is almost like an attraction?” Jackson says.

If the crowds at Millennial Park—and the second location plans—are any indication, the attraction has worked.

Jive Turkey is in Millennial Park at 3829 Florida Blvd.