Every sip of coffee is a tether to the world’s great coffee cultivators, countries around the world with the perfect equatorial climate and soil conditions to grow beans. But there’s another way to enjoy coffee’s global reach, and that is to seek out its many different international preparations right here in Baton Rouge.

Owner Dinos Economides and his team prepare authentic Greek coffee by simmering finely ground medium roast imported Greek coffee in water. Once the coffee is brewed, it’s poured into a demitasse cup that’s “intended to be sipped, not shot,” Economides says. That’s because the fine grounds are meant to fall to the bottom of the cup. The restaurant also serves Mykonos coffee, which combines Greek coffee with spiced rum and cinnamon, and Athenian coffee, coffee and amaretto that’s topped with whipped cream. zorbasbistro.com

This hidden gem, located on the first floor of a Westfork Drive office building, takes Cuban coffee seriously. Owner Jake Boriel uses Café Bustelo to make Cuban espresso, prepared by pouring a tiny bit of coffee in an espresso cup, quickly stirring in sugar, then adding more coffee on top. “The effect creates a little bit of coffee foam on top,” he says. Boriel also prepares cortado, which he makes with equal parts Cuban espresso and cream, and café con leche, Cuban espresso combined with a generous pour of milk. Find it on Facebook

As Vietnamese eateries have thankfully grown in number around Baton Rouge, so have opportunities to sip Vietnamese coffee, an iced beverage with strong brewed French roast coffee and sweetened condensed milk. At Bao, this style of coffee is prepared by adding fine coffee grounds to a filter contraption that sits atop a glass, and has a built-in press for compacting the grounds. Boiling water is poured over the top, and brewed coffee slowly drips into the glass. After condensed milk is blended in, the mixture is poured into a separate glass filled with ice. baovietkitchen.com 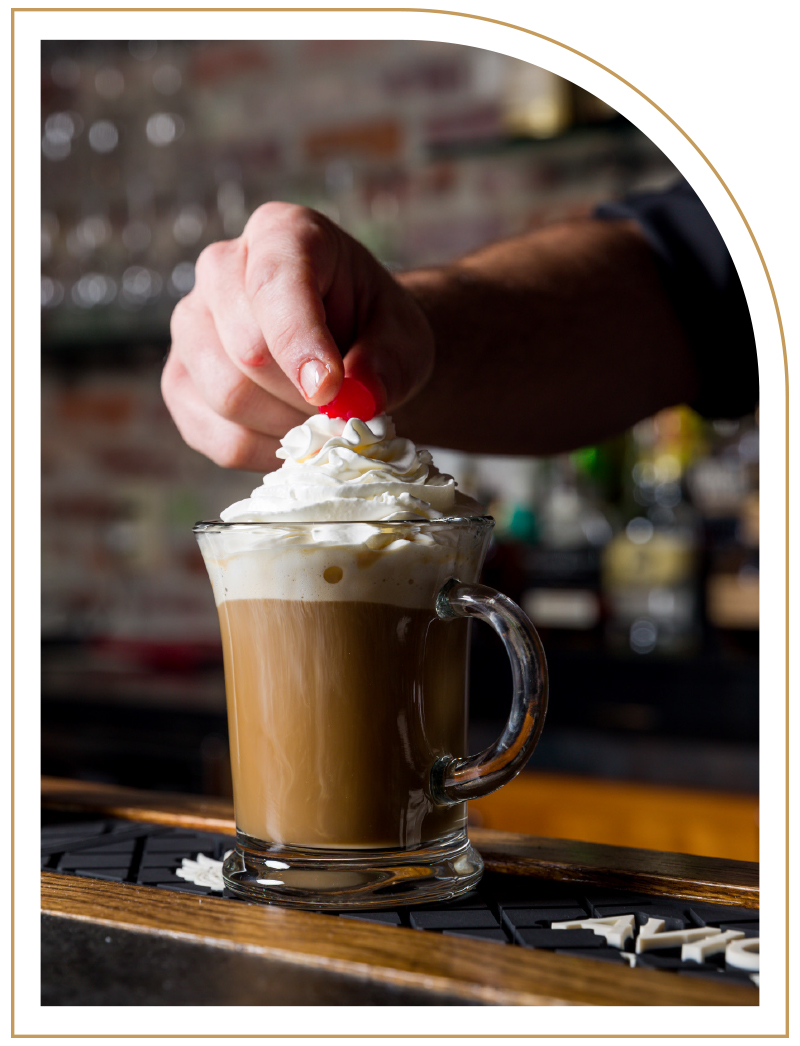 ( Almost ) all coffee is international

Share of the world’s coffee that’s produced in Brazil. Vietnam is in second place even though it’s a relative newcomer to the industry, having ramped up its production of Robusta coffee beans in recent years. Colombia and Indonesia have fought for third place, while Ethiopia, Honduras and India are also major players.

Finland is considered the biggest coffee consumer in the world, with Finnish people averaging 5-8 cups a day. In fact, most of its neighboring Scandinavian countries, like Norway, Sweden and Iceland, are also among the top consumers.

Hawaii is the only U.S. state where coffee growing is truly an industry. You’re likely to encounter “Kona” coffee that’s grown exclusively in the Kona region of the Big Island. Its light, sweet and fruity flavor profile is attributed to the volcanic soil of the slopes and frequent tropical rains.

How climate change is reshaping coffee

Reuters reported in August that while Brazil maintains its position as the biggest coffee producer in the world, it’s transitioning from the delicate and more expensive Arabica bean to what some would say is the less flavorful Robusta due to the effects of climate change. Robusta is a hardier bean that can handle the increase of temperatures and extreme weather conditions, and can be grown cheaply in flat terrain. Colombia, once a powerhouse in coffee production, has fallen behind other countries because of longer spells of dry weather in its growing regions.