Editor’s note: This article has been updated since its original publication to clarify a quote.

When Chicago native David Facey became co-owner of Dead Poet in August, he had big dreams for the bar space on East Boyd Drive.

Citing COVID-19 restrictions, along with a need to make the space feel more full and lively despite having less people in it, Facey and his team transformed the LSU-area bar into a creatively designed club and lounge.

“I realized we had to make some changes and decrease the space,” Facey says.

Where the previous layout once featured a large dance floor, Facey and his team instead added islands separating a smaller dance floor from the bar area. They sectioned off areas for private groups or parties, complete with tufted booth chairs sourced from New York City. The islands and sectioned areas are decorated with tile and lit with brightly colored LEDs.

The private sections are part of Facey’s initiative to make Dead Poet more of a club-lounge hybrid that allows guests to rent private sectioned booths for their parties. 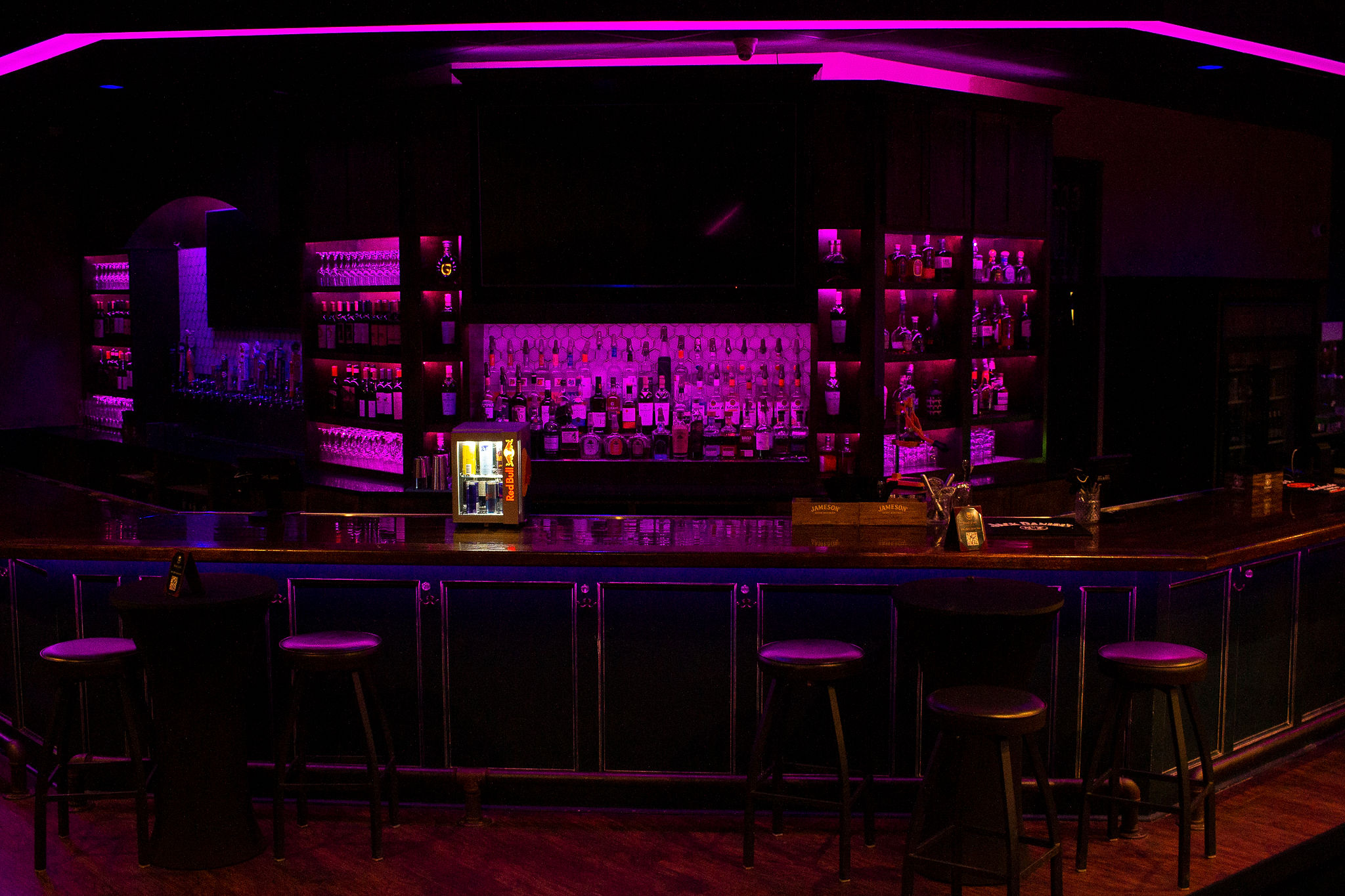 The designs were made while keeping COVID-19 in mind, Facey says. A bannister that used to separate the bar into two areas was taken down, and a plexiglass-enclosed area was made behind the private booths instead. The islands carve a walkway path that keeps a good flow through the club and prevents crowding. Patrons can view the drink menu by scanning a QR code with their phones, so they never have to leave their seat or gather around the bar.

“Let’s make it so that people can be socially distant,” Facey says, ”but it’s still a good vibe.”

Making Dead Poet into a club and lounge was important to Facey because he feels there’s currently no place in Baton Rouge that has that atmosphere.

“If you go to places like Houston, Atlanta, Miami—they place an emphasis on VIP seating or booth seating,” Facey says. “In Louisiana, it’s flip-flopped.”

As for his goals for the bar, Facey says he hopes to create a more intimate space, and that he’s already received great feedback.

“It makes you feel like you’re not where you are,” Facey says. “I want someone to walk in those doors and not feel like they’re in Baton Rouge, or even Louisiana anymore—and a lot of patrons tell me that, completely unsolicited.”

‘Temporarily closed’ Batch 13 has no plans for reopening downtown