Some say barbecue is an art.

Perhaps that’s why Memphis Mac BBQ owner Carlos Thomas doesn’t take it lightly. Every day at 5 a.m.,Thomas starts putting seasoned meat into his large two-chamber grill and smoker. Around 2 p.m., he takes the meat out, wraps the ribs and pork in foil to soak in the juices and lets them cook overnight until the meat is fall-off-the-bone tender.

When the Memphis native first dreamt of leaving a 20-year career as a professor to open his own barbecue joint, this is what he imagined. He wanted to have an easygoing and friendly spot where locals could get authentic Memphis-style barbecue.

On Feb. 17, Memphis Mac BBQ officially opened its doors before being temporarily shut down five weeks later due to COVID-19. The restaurant opened in the space formerly occupied by Sky Hook Cafe off Chippewa Street near ExxonMobil. Now that the restaurant is back in business, regulars and first-timers can get their hands on its signature burger or smoked brisket.

Dining in at Memphis Mac BBQ is like eating at a family cook-out with your favorite uncle at the grill. All of the meat is smoked to perfection, seasoned and tender. Its hamburgers are far from basic. They are thick, juicy, and stacked with onions, pickles, tomatoes, lettuce, mayonnaise and mustard. 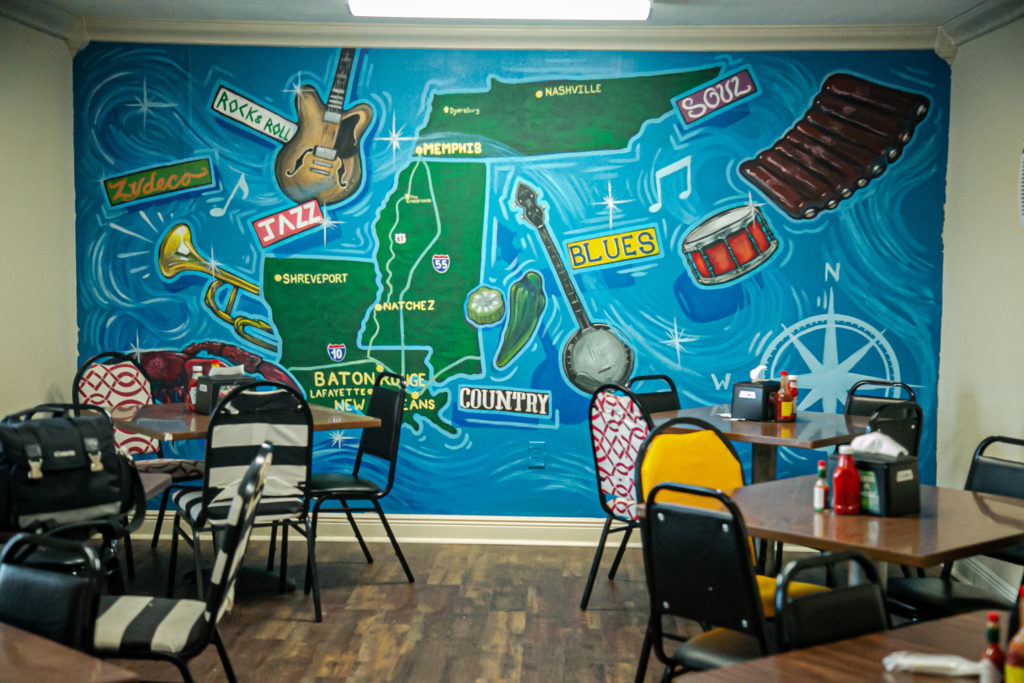 Through his restaurant, Thomas aims to provide job opportunities for locals and bring some life to the industrial area north of downtown.

“I’m trying to beautify the area, not just the property,” Thomas says.

Behind the restaurant, the staff is growing fresh produce like okra and tomatoes in a small garden. As the restaurant grows, he hopes to expand the garden as well. Though Memphis Mac BBQ is still in its first year of business, the restaurant has already confirmed its second location will be at the new shipping container park in Mid City, Millennial Park, expected to open this August.