Slide on your cowboy boots and two-step the night away at the new Squeaky Pete’s on Third Street.

The downtown space formerly occupied by Driftwood Cask and Barrel quietly opened in late July to bring a lively and entertaining addition to the local bar scene.

“There was a void for country music downtown,” Squeaky Pete owner Dustin Malina says. “Country shows are fun, and we want to give people a place to dance.”

Squeaky Pete’s serves 12 beers and eight wines on tap. Once the drink menu is finalized, the team plans to serve simple cocktails with “nothing too fancy,” Malina says. The bar will feature DJs on the weekends playing a blend of country music and special requests. During game nights, customers can watch the LSU Tigers and New Orleans Saints play on the four flat-screen TVs above the bar or the 10-foot projector screen near the entrance. 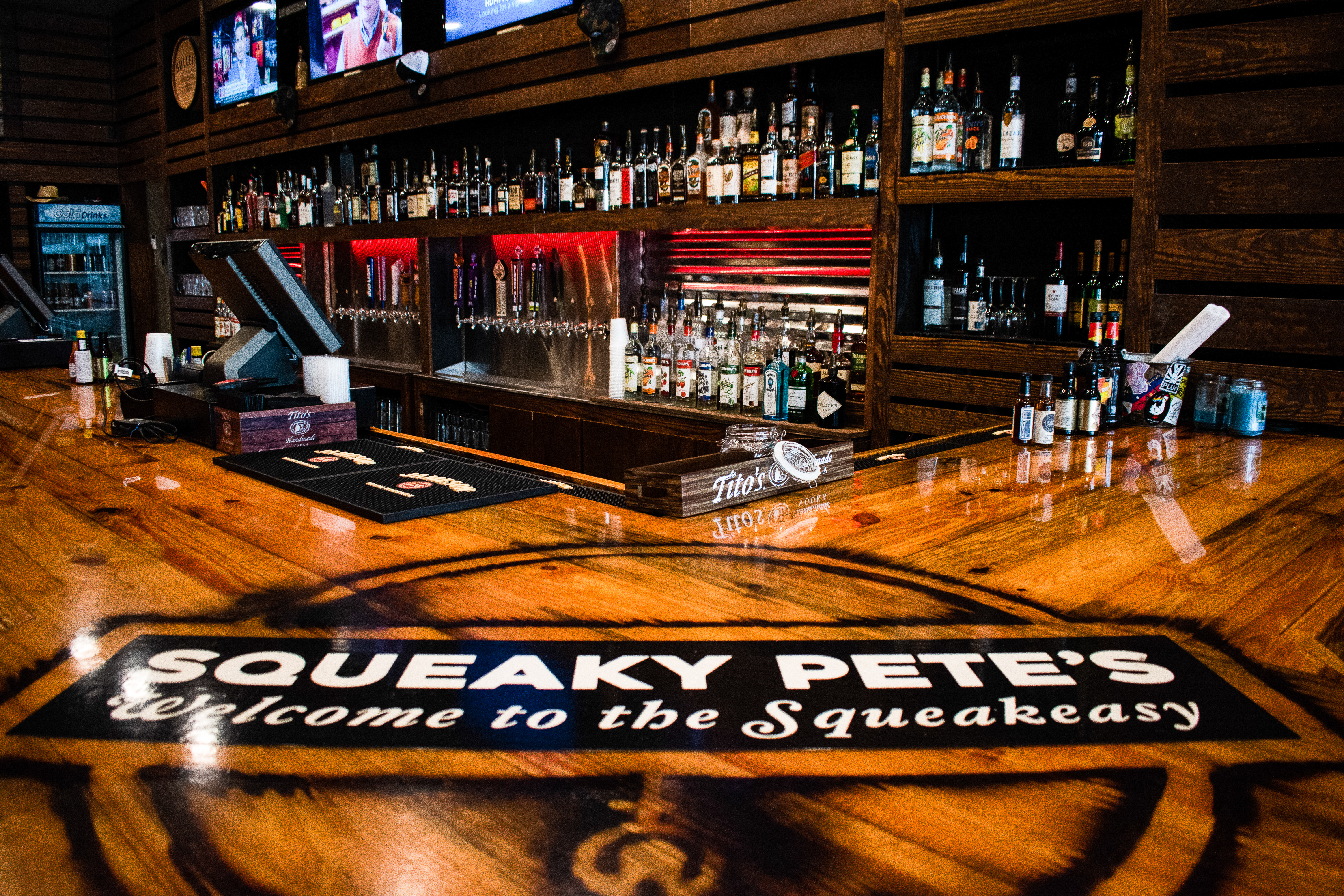 Though the general layout is mostly the same as Driftwood, Squeaky Pete’s owners Malina, Chris Lundgren and Ed Sutherland have redecorated the venue to add some special touches. Seating that used to be at the center of the space was removed to make room for a large dance floor with colorful twinkle lights on the wall. Behind booth seating on one side of the bar area, tall sheets of tin cover the wall. The stage setting is meant to evoke a small barn. A bright red farm gate is posted on the stage to prevent enthusiastic partiers from dancing off of it. During live performances, the gate swings open so the audience can interact with the band. The space feels charming, like being at a good old-fashioned barn party in Cajun Country.

Malina has more plans for Squeaky Pete’s. Before football season, the team plans to add an additional projector screen behind the stage. They also hope to sublet their kitchen to a local cook and eventually start offering lunch.