The Shed BBQ is opening up a smokin’ new joint on Burbank Drive this Monday, June 13—just in time for those summertime barbecue cravings.

Originally known for its location in Ocean Springs, Mississippi, the restaurant has been named one of the nation’s best barbecue joints by publications like Southern Living and Thrillist. The Baton Rouge destination will be the brand’s second location.

The Shed will occupy the former location of The Oasis, but rest assured that the beach volleyball courts won’t be swapped out for barbecue pits. The sandy courts will remain at the space, but will now be known as The Backyard at The Shed. 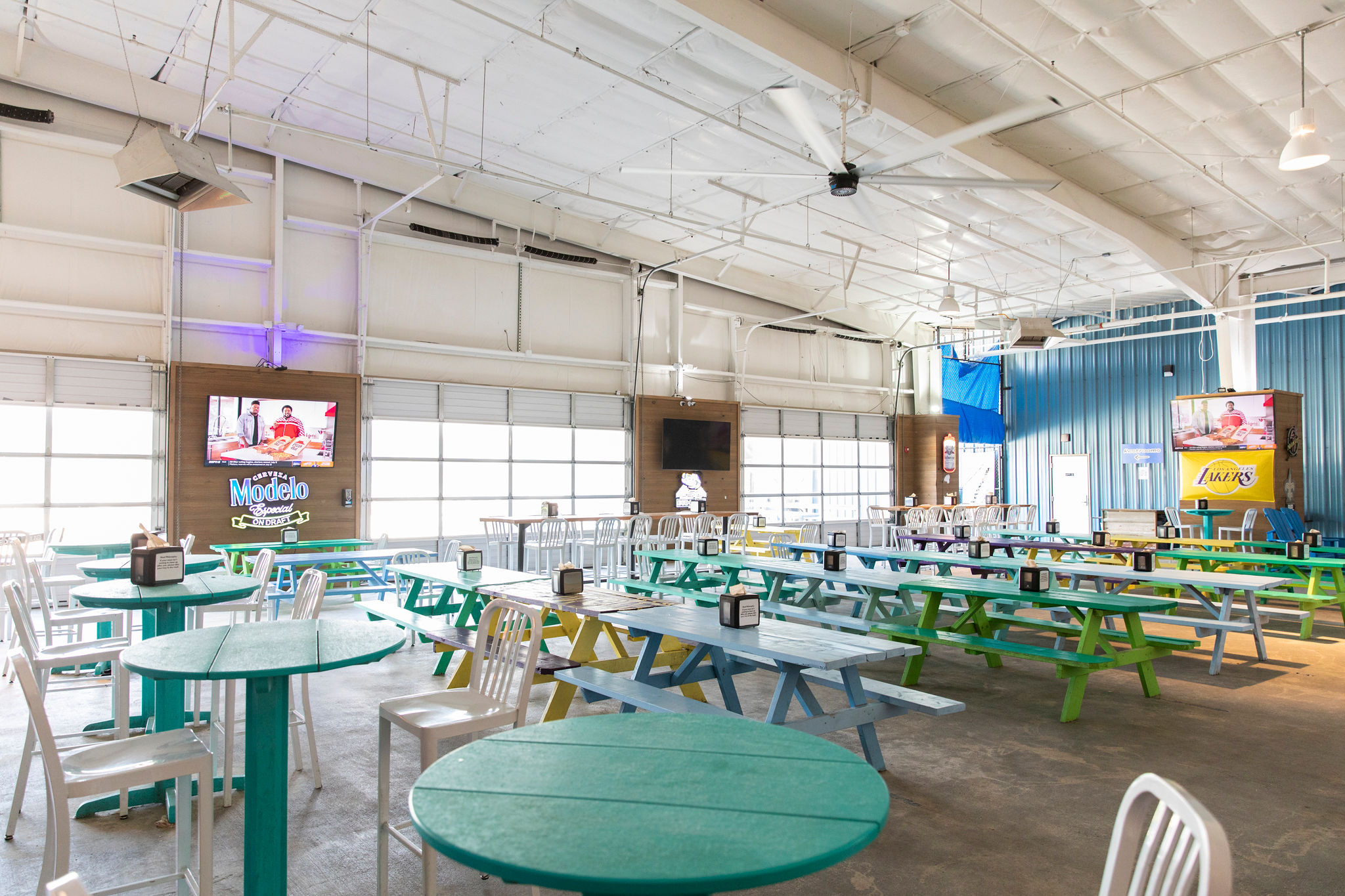 The idea to bring the legendary barbecue eatery to Baton Rouge was born after the team at The Oasis decided the space needed a more family-friendly vibe. They reached out to Brad Orrison, the owner of The Shed’s original location. Orrison made the drive to see the space with his family, and agreed that it was the perfect spot to fire up the pits.

The original joint is known for being built from random junk that Orrison collected by rummaging around dumpsters and garbage piles. So, of course, he brought some of that junk to spruce up the new space.

Right by the front door, there’s a small graveyard of rusted tires, wagons and wheelbarrows. Inside, there’s a bar made of worn tin and wooden fencing lining the walls. Everything is screwed in with miscellaneous beer bottle caps, adding to the character. There’s also a growing collection of license plates and old record sleeves from Orrison. When he brought in Alabama plates, the Baton Rouge staff made sure that each one was intentionally hung upside down, with some strategically placed by the restrooms.

“Every time Brad shows up he has a trailer behind his truck, and he brings new stuff that is from their location to ‘Shed-ify’ this location,” Marketing, Catering and Events Coordinator Angie Crochet says.

Even though Orrison has brought plenty of pieces to the new location, Crochet says there’s still more that can be added by the community.

“We are also asking the public, if you have any cool items that you would like to bring in—license plates, old antiques or cool memorabilia—we will be happy to display them,” Crochet says. “We really want this to be a part of the community.”

Those familiar with The Shed know that the atmosphere isn’t the only thing that makes it a tourist attraction or an award-winning restaurant. If you’re coming to The Shed, get ready for some seriously good barbecue complete with all the sides and fixins. 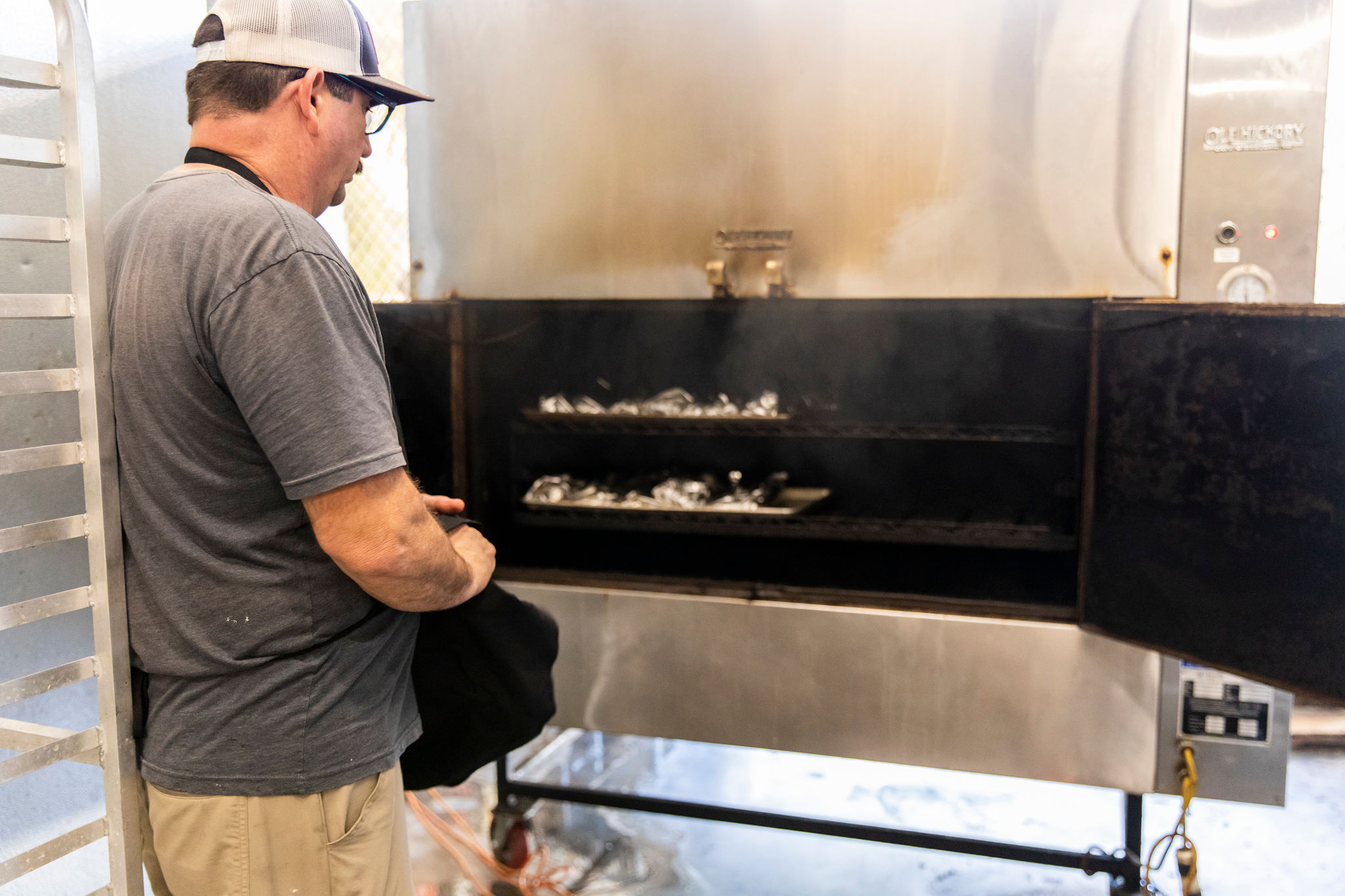 All the meat is prepared daily by Pit Master Robert Erwin, who has been a part of The Shed’s cooking competition team. Along with all the junk for the interior, brand new smokers were brought in to cook the meat to perfection at the new location. Erwin says the smoker allows him to cook up to 120 racks of ribs at once. In addition to ribs, he smokes brisket, turkey and even chicken wings.

Diners can order the pecan-wood-smoked meat any way they want, whether it’s by the pound, on a sandwich or on a combo plate with sides like potato salad and G-Maw’s Baked Beans. Complete the meal with a beer on tap or a specialty cocktail like The Shed Sunrise. 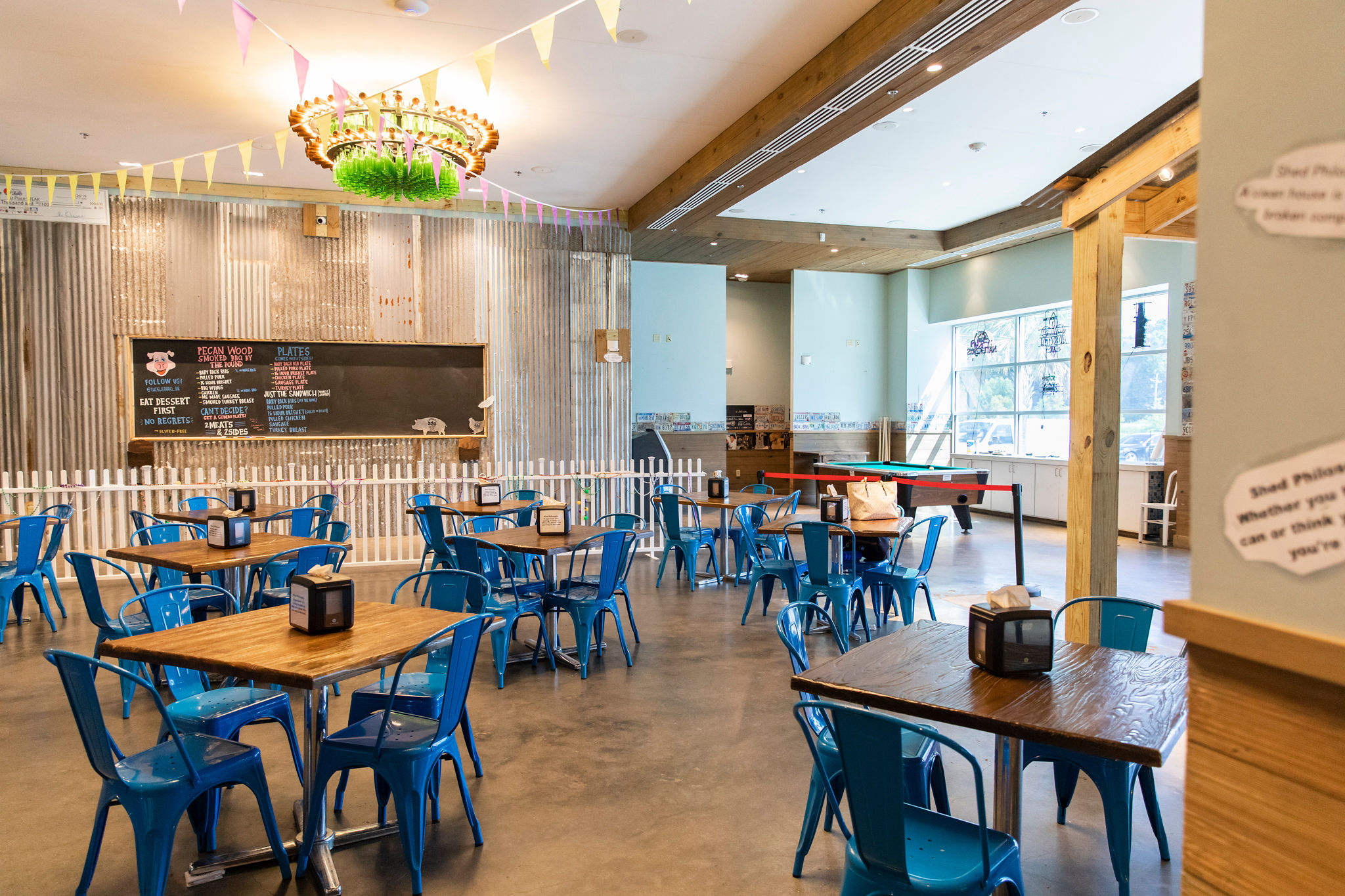 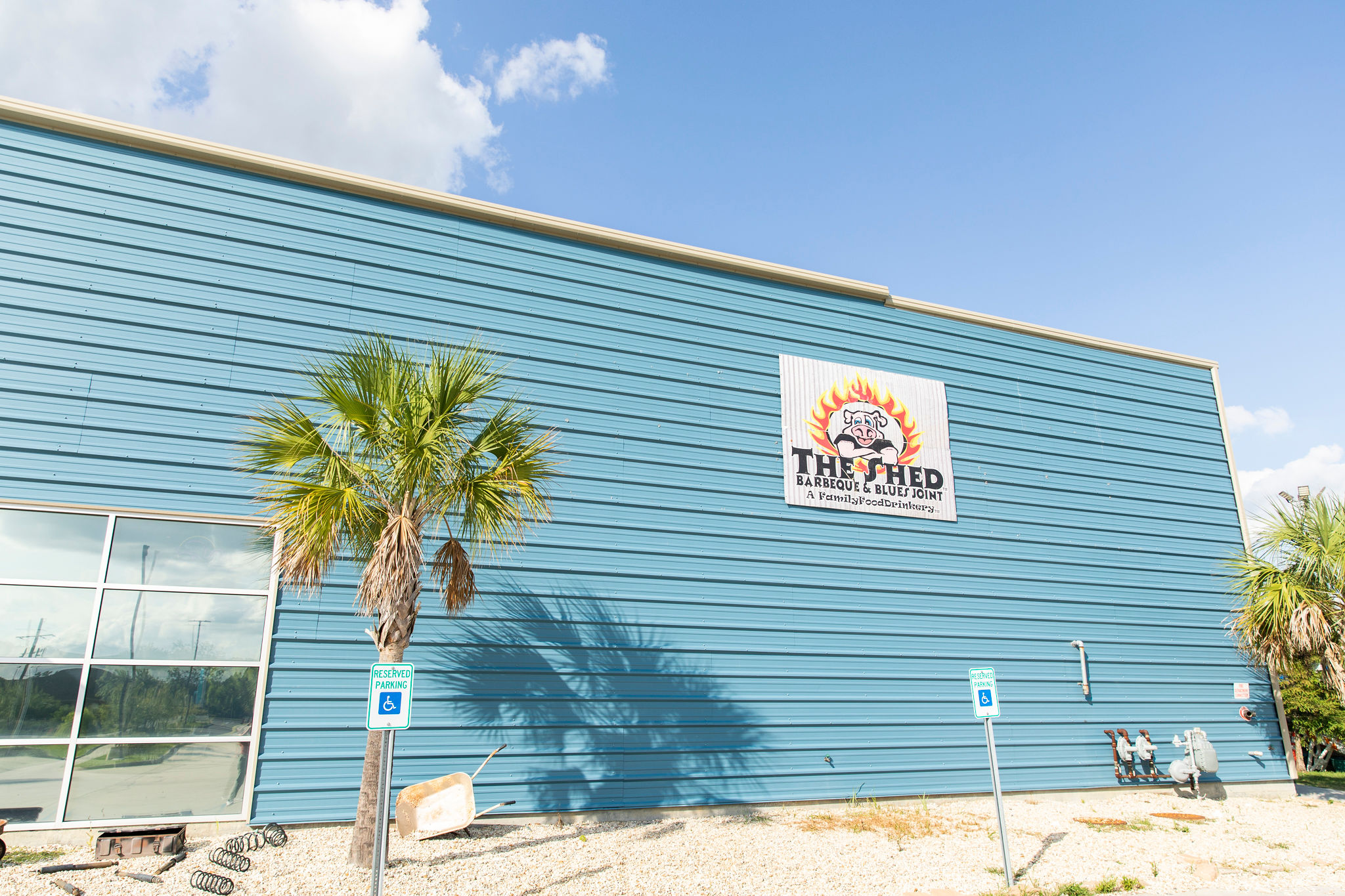 Though there are plenty of places to get barbecue around Baton Rouge, Erwin says The Shed is different.

“I think we’ll stand out just because of the history of the original Shed and the quality of the food,” he says. “I’ve had all the barbecue in town because I’m a barbecue connoisseur, but some places are better than others. There’s no place like this in Baton Rouge.”

On Monday, June 13, The Shed will officially be open for lunch. Crochet says to keep an eye out for details about a larger grand opening celebration that weekend. The Shed will be open Monday through Saturday, 11 a.m. to 10 p.m., and on Sundays, 11 a.m. to 7 p.m. The Shed is at 7477 Burbank Drive.