Louisiana meals are usually known for carbs and calories. But there’s been a healthy food revolution as of late in the Capital City.

One of the restaurants at the forefront has been MJ’s Cafe—the 8-year-old vegan and vegetarian eatery that gained a following in the Goodwood Shopping Center before moving to White Star Market in 2018. Now, the shop will debut its new brick-and-mortar location on Government Street this Friday, Nov. 22, on the same day as Mid City’s White Light Night art hop.

The 2,550-square-foot space allows MJ’s owner Mary-Brennan Faucheux to reimagine the cafe on a larger scale, but still with a personal touch. She describes the interior as “tiki chic” to match the food: light, peaceful and, most importantly, rejuvenating. MJ’s offers feel-good dishes, so Faucheaux wanted to create a space matching that energy. She worked with local designers Tiek + Co. to create the airy, warm space.

During our visit, the restaurant still wasn’t completely finished, but the restaurant has continued to share sneak peeks on Instagram, including hints about some fun tiger-themed details. 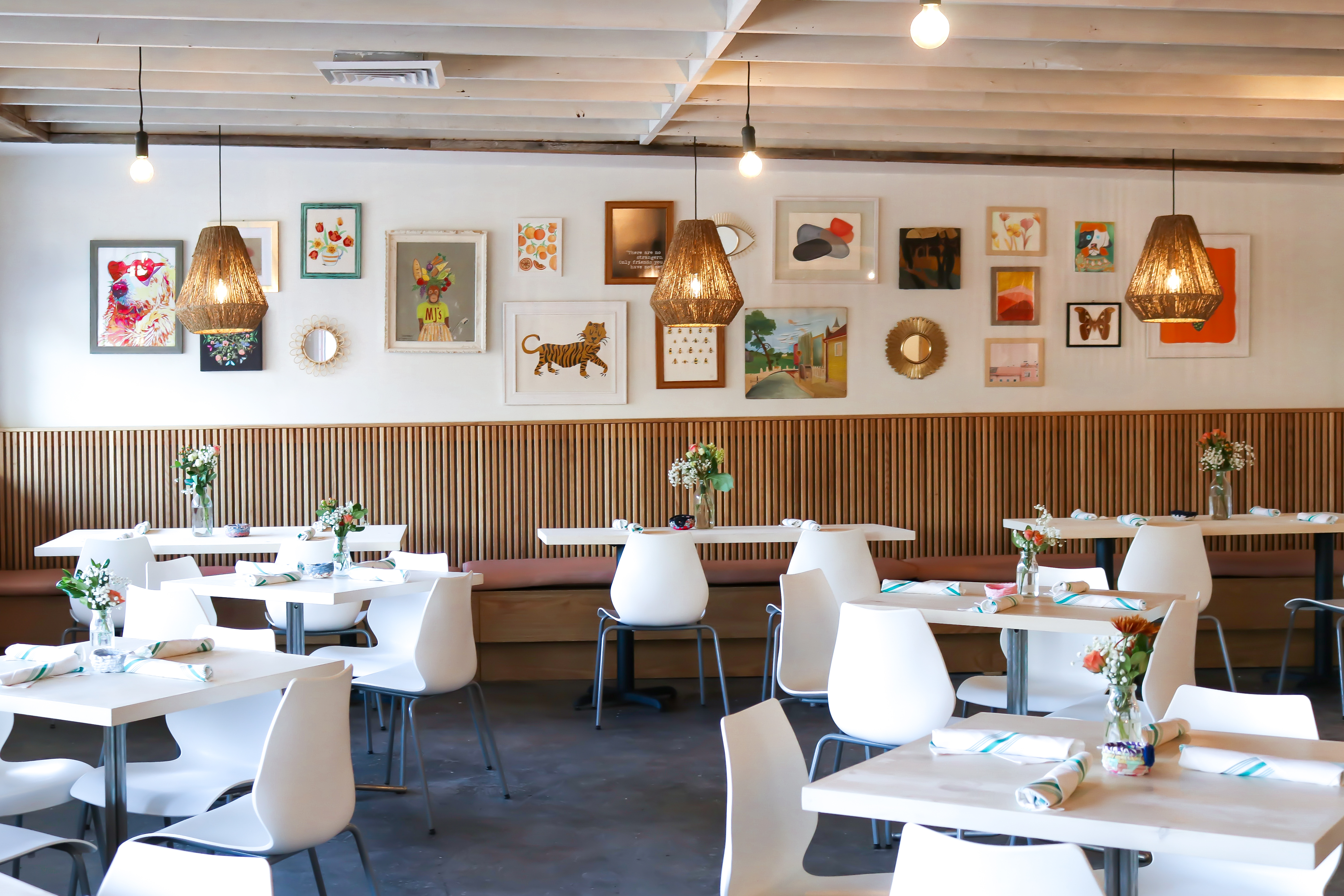 The spacious new location will free the team to expand catering operations as well as avoid cross-contaminating vegetarian and vegan meal preparations. The menu will also expand to attract more customers to healthy foods and dishes.

“I’ve always seen the benefit of offering things that aren’t necessarily vegan but are recognizable to attract people who may have never been introduced to it or are just learning about it,” Faucheux says.

MJ’s will roll out a completely new breakfast menu. Customers can start the day with artisan toasts on vegan and gluten-free bread, a fruit tart with an almond-date crust and a pistachio-matcha filling, or even a vegan scramble bowl with eggless scrambled eggs and vegan sausage.

The food is the heart of MJ’s, Faucheux says, but the people are its soul. MJ’s began under its original owner Maureen Joyce as a way to introduce plant-based, healthy foods to Baton Rouge, and Faucheaux is continuing that goal to ensure everyone can find something they like—no matter their dietary preferences.

“We’ve put a lot of love and effort into this mission,” Faucheux says. “I feel like we’ve kind of played a huge part in leading the way for a more plant-based diet for Baton Rouge. It’s something that we believe in, but we really want to represent the community as a whole and be a space where everyone is welcome.”

After the location’s official “reveal” at White Light Night—in which it will preview the new space at 5162 Government St.—MJ’s will have a soft opening next week before closing for Thanksgiving. MJ’s Cafe will then begin its regular hours the following Monday, Dec. 2, and will be open seven days a week, 8 a.m.-2 p.m. Sunday and Monday, and 8 a.m.-7 p.m. Tuesday-Saturday.