The former Hound Dogs location on Main Street has been transformed into a rooftop bar and upscale cocktail lounge. It’s called The Main Lobby, and you’re going to want to check in for the grand opening this Saturday, Feb. 5.

With jewel-toned velvet seating and jazz music playing softly, general manager and bartender Jean Paul Guillory says the Main Lobby aims to have a relaxed bar vibe rather than nightclub atmosphere. The goal is to make you feel like you’re escaping with a drink at a nice hotel lobby in a big city like Miami, New York or Los Angeles.

“Sometimes when you go to your hotel lobby, the vibes and atmosphere are so good that you don’t want to leave,” he says. “That’s the atmosphere that we’re shooting for—something relaxed, upscale and enjoyable. We want to make it so that once you’re in here you don’t want to go or don’t even make it to your next destination because you’re stuck at the Lobby.” 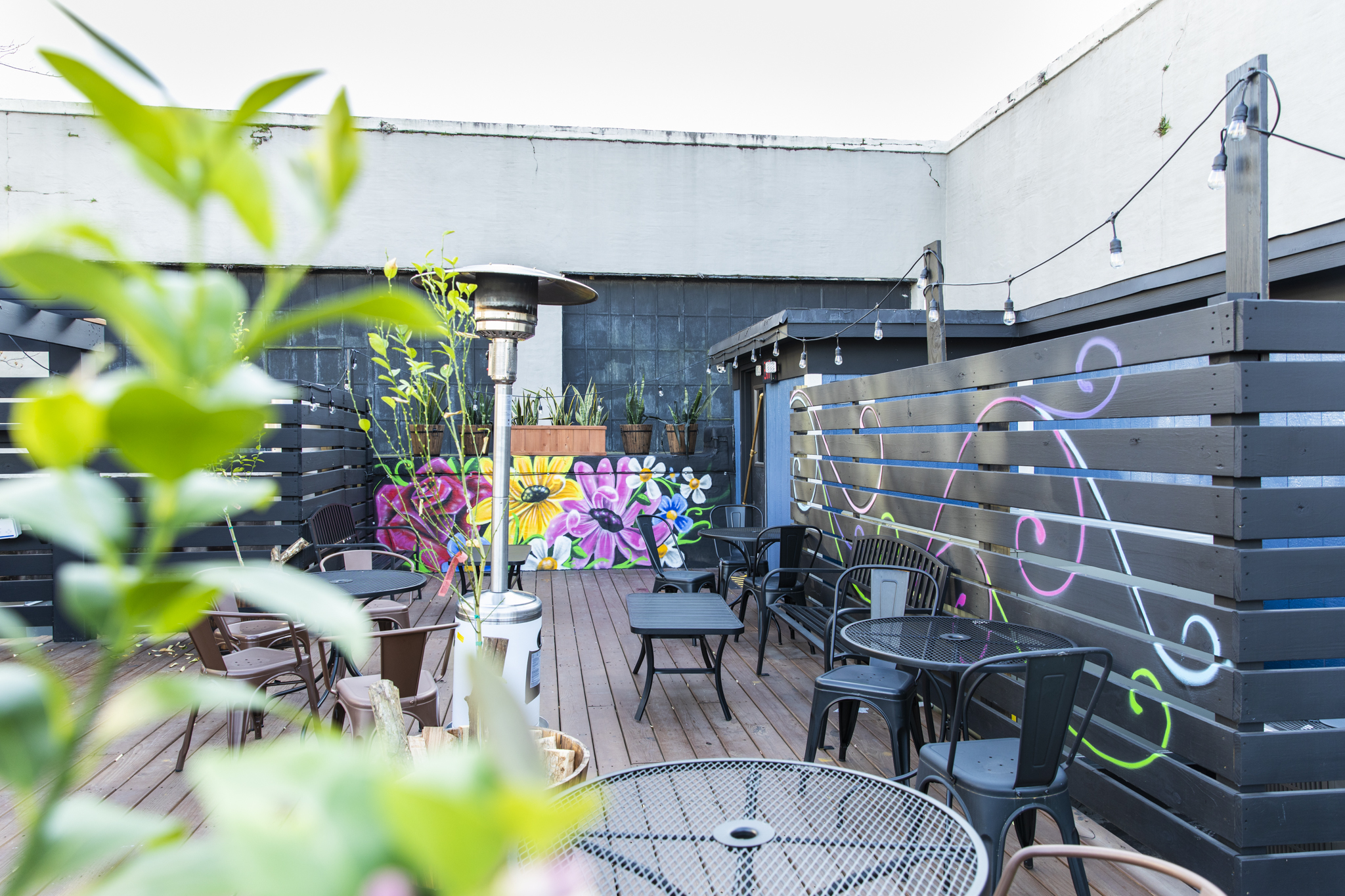 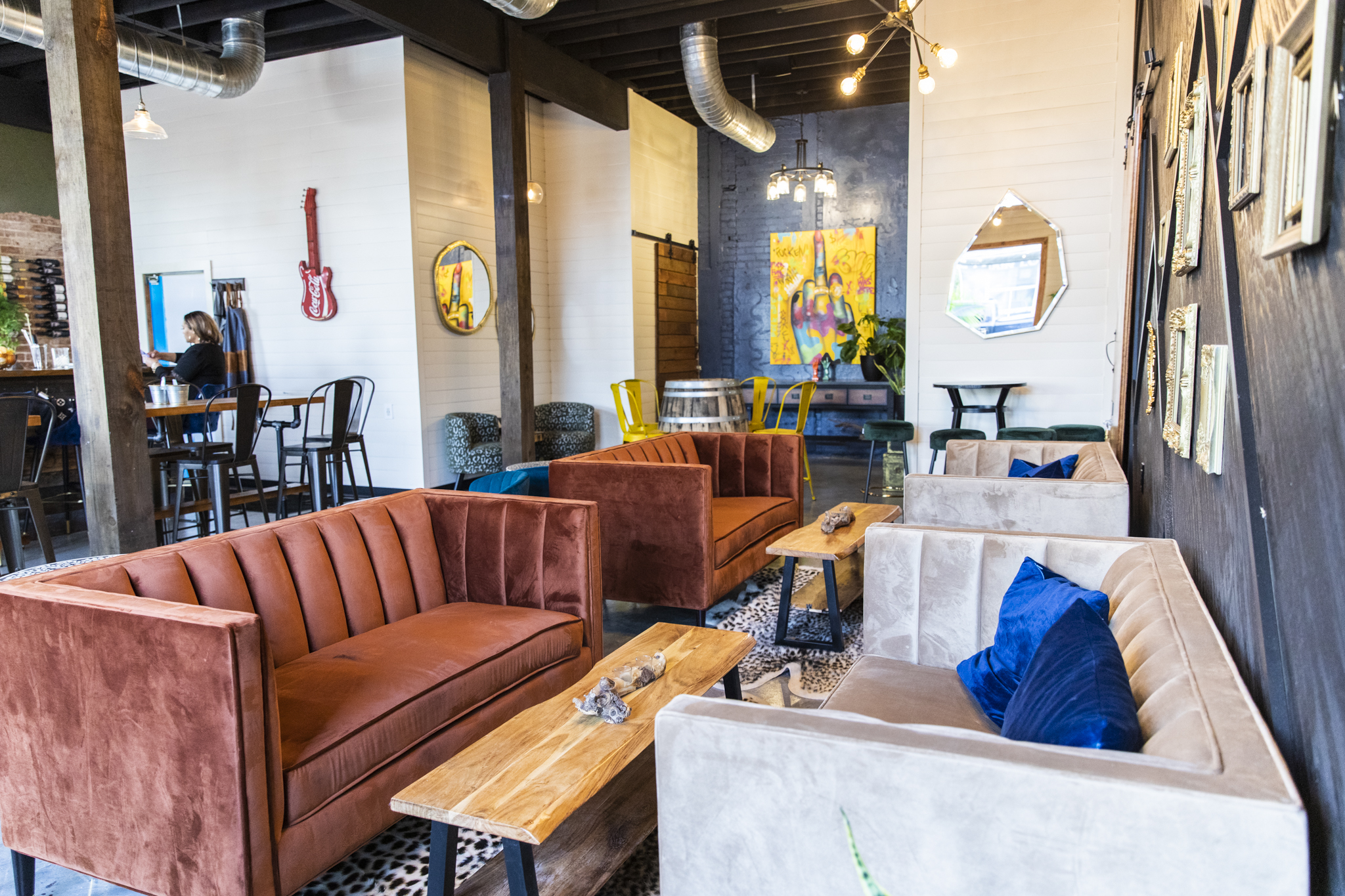 With fun hotel-themed cocktails and appetizers and snacks like chicken wings and seafood egg rolls to pick at, the Main Lobby is not a bad place to be “stuck” at by any means. Guillory’s drink recommendation is the Let Me Speak to the Manager, a traditional shaken daiquiri.

The bar has already piqued the curiosity of some downtown workers and residents. In the days leading up to the big grand opening, they were making themselves at home at the new bar. During our visit, customer Stephanie Vaughn sips on a Blue Elevator cocktail as she enjoys the space.

“I was so excited to see that they were opening their doors again,” she says. “I work right across the street, and this is like heaven. I just left work and I’m having my afternoon cocktail. When you’re a working professional of a certain age, you don’t want to go to a bar. You want to go to a lounge-type of place where you can have a nice cocktail, listen to some jazz music and just unwind from a day full of meetings.” 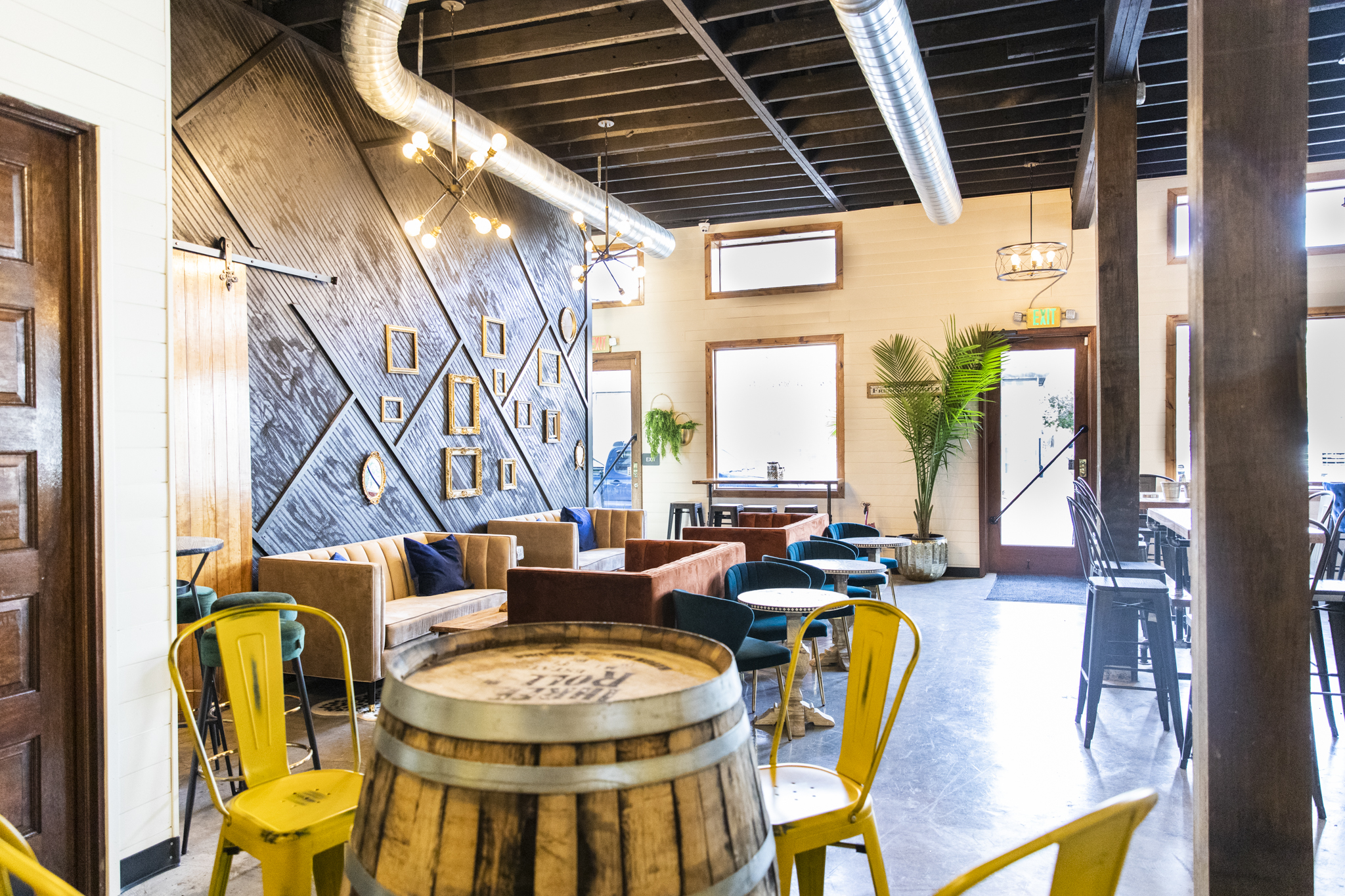 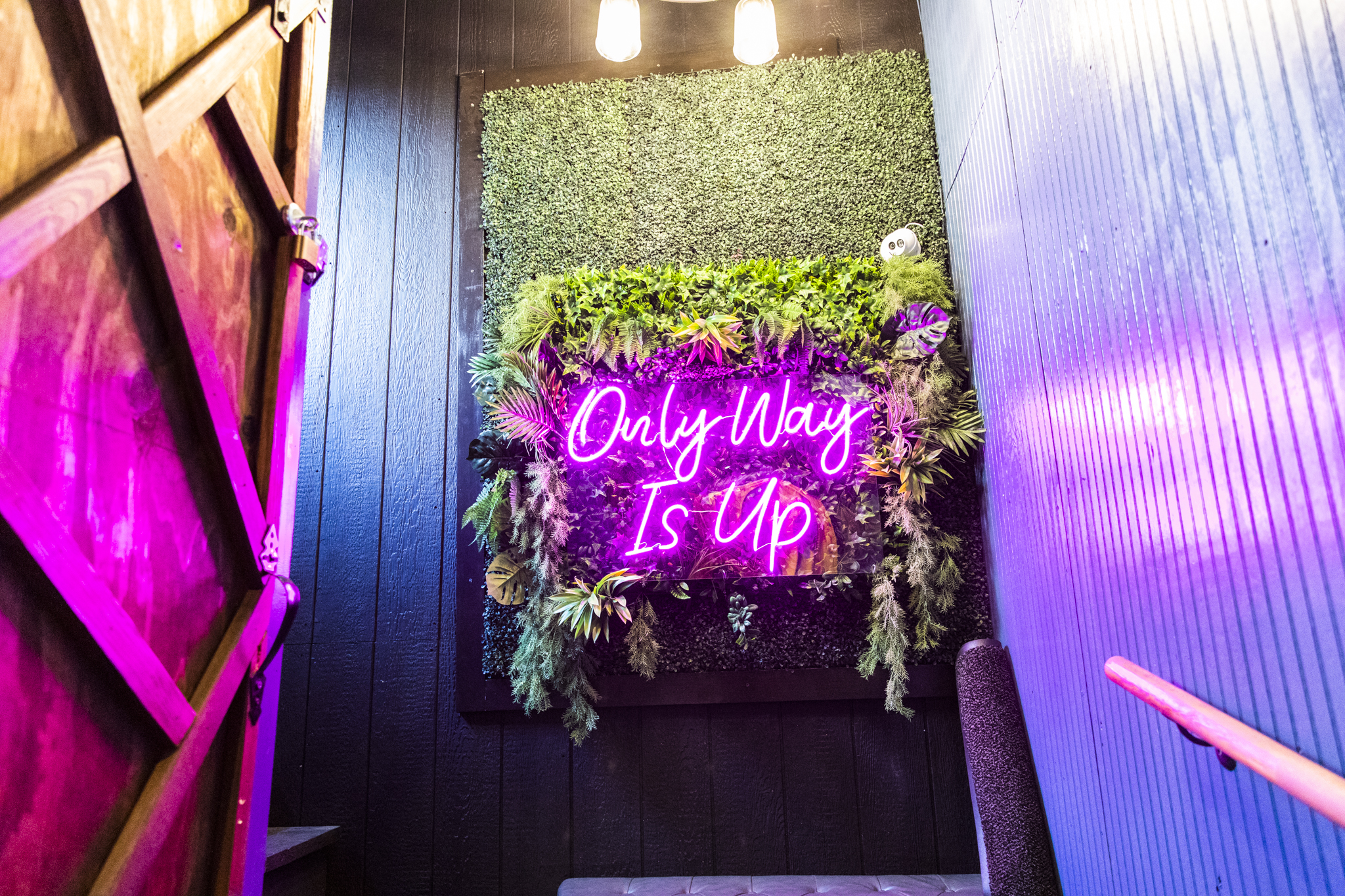 Though there’s plenty of comfortable seating on the main floor, patrons can travel upstairs to the rooftop bar to get some fresh air and another cocktail. Just follow the neon sign that reads “only way is up” to find your way. On the rooftop, there are plenty of places to sit with your drink and convene with friends. The rooftop makes you feel like you’re having a nice evening on your neighbor’s patio.

As you walk through the space, you might notice plenty of pink flamingos that blend into the decor. It’s a way for the Main Lobby to pay homage to the Spanish Town community. Guillory says that the rooftop area will even be able to be rented out to watch the big Spanish Town parade go by in all its pink glory.

“We’re in the Spanish Town neighborhood, and we really want to be a part of that community as much as possible,” Guillory says. “It’s important to us to stay true to this area and its culture. The owners brought a lot of New Orleans feel to the place, but we still want the neighborhood to feel like home when they come here.”

The Main Lobby is at 668 Main St. The grand opening is this Saturday, Feb. 5, with the ribbon cutting starting at 5:30 p.m. Come see just how “suite” this cocktail lounge can be. 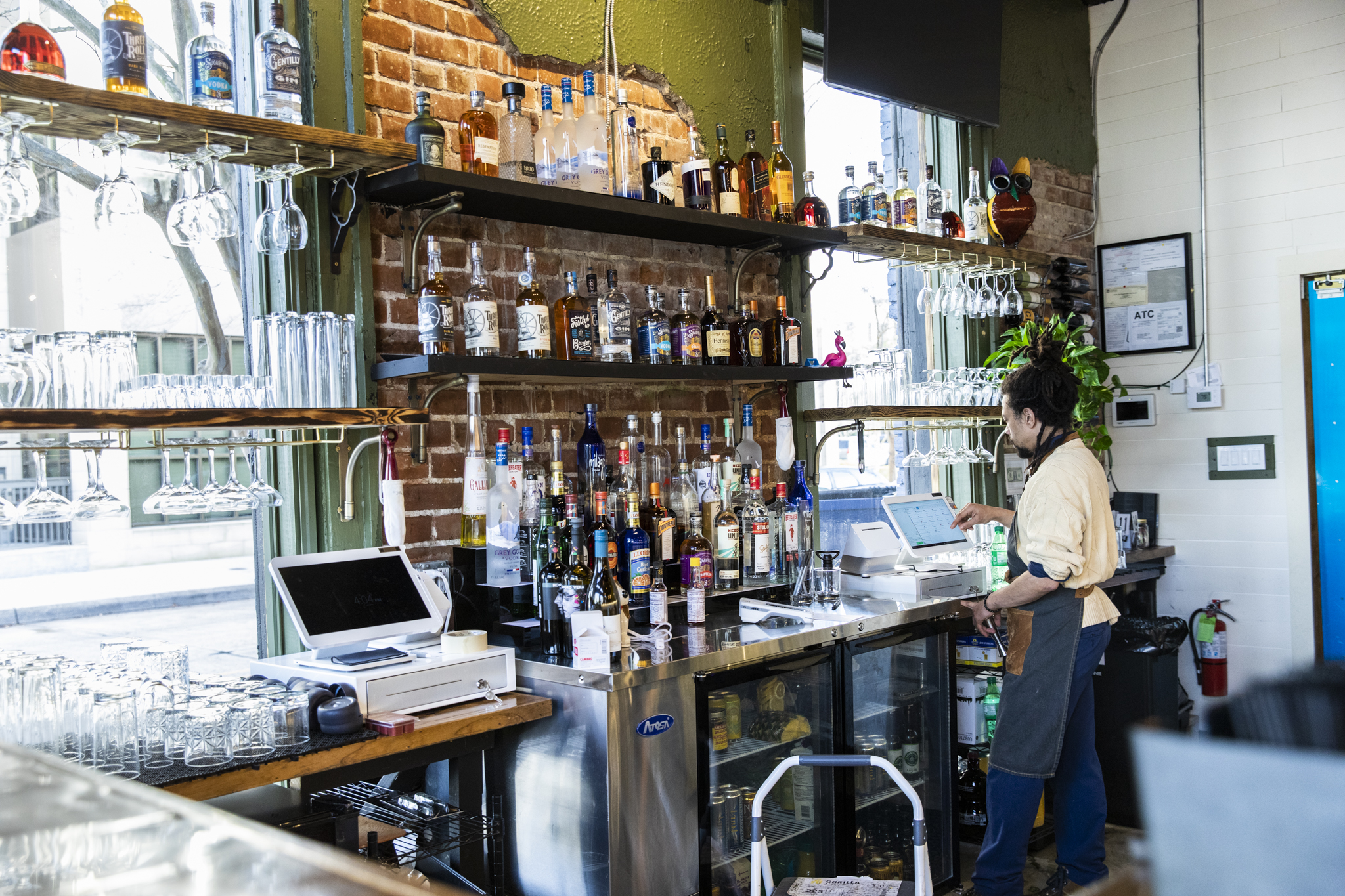