At first glance, you might think the name of Rouj Creole is misspelled. Besides “rouj” instead of “roux,” a quick scan of the new restaurant’s menu shows the word “gonbo” where you’d expect to find “gumbo.”

As Capital City residents, we’ve come to know Hightower as the brains behind City Pork and City Slice, all under the umbrella of City Group Hospitality. But the restaurant group’s Rouj Creole, opening soon in Perkins Rowe, is a project unlike the others Hightower has worked on in the past. It’s a product of his culinary experiences and business dreams, representing his discovery of the Creole history and flavors that he says “make up the fabric of our everyday life here in Louisiana.”

Creole cuisine is a big part of the New Orleans food scene, but Hightower says he’s hoping to bring some of that tradition and culture to the Red Stick. Along with Hightower, Rouj Creole’s executive chef Rory Wingett plans to introduce Baton Rouge to his own twist on Creole cooking. “I think that people will be excited about what his food says to them,” Hightower says. 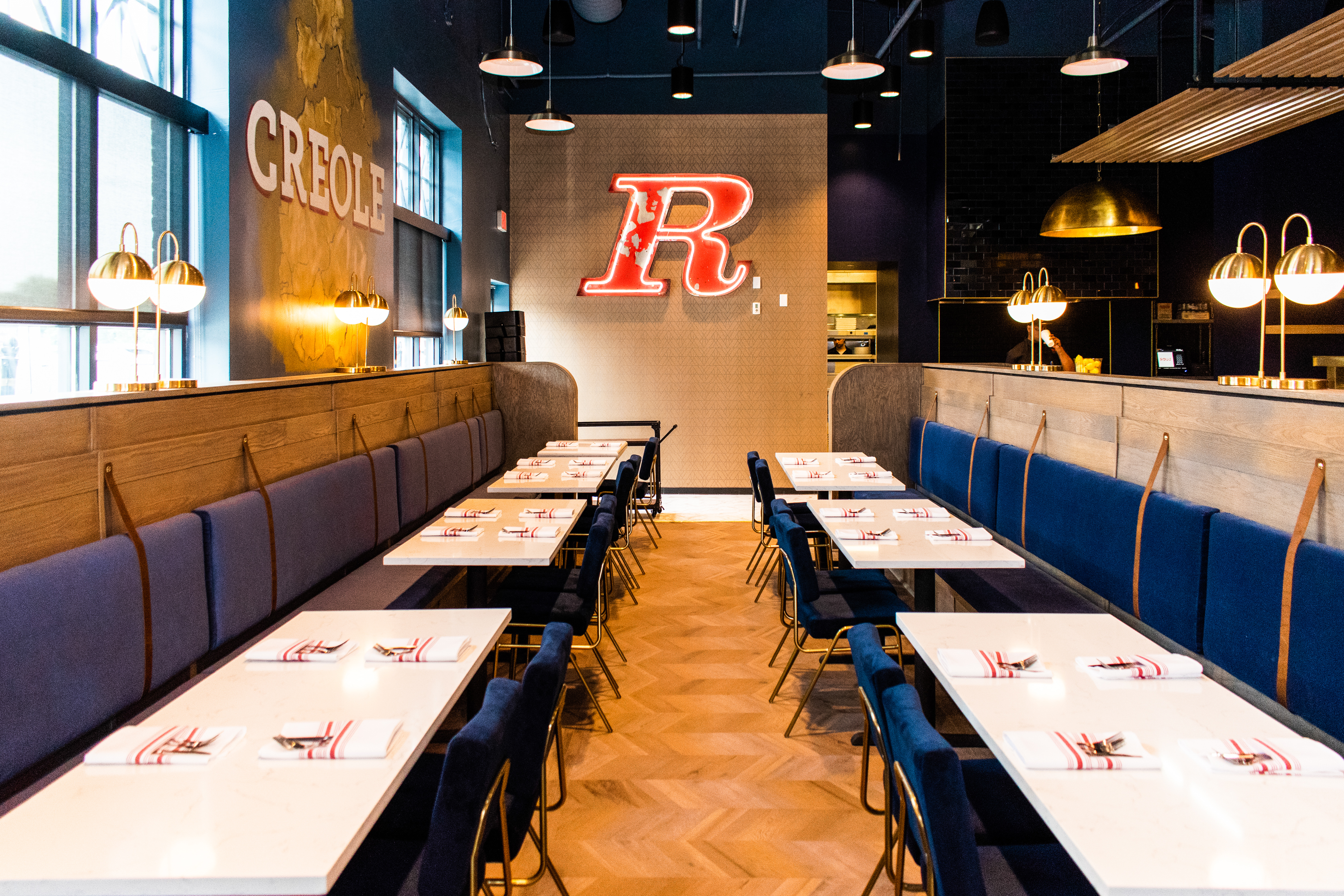 Wingett is combining some traditional Louisiana dishes with the international flavors and fresh Gulf seafood that helped shape the state’s culinary history. On his menu, you’ll find Italian ingredients, Spanish tapas-style dishes and a blend of Caribbean and West African spices. “When you have this ability to use all of these different cuisines,” Hightower says, “it just explodes creativity.”

The menu features a variety of oysters, like the classic Oysters Rockefeller and Oysters Bienville. You’ll also find crawfish tamales, paella and soft-shell crab po-boys. But the menu doesn’t stop at seafood—Hightower says he included a selection of top-tier beef for his steak-loving patrons.

“We want to create an emotion, an experience, at the same time as capturing that memory of a great dish you had in New Orleans,” he says. “And then maybe you taste a little bit of that in ours. That’s what it’s all about for me.” 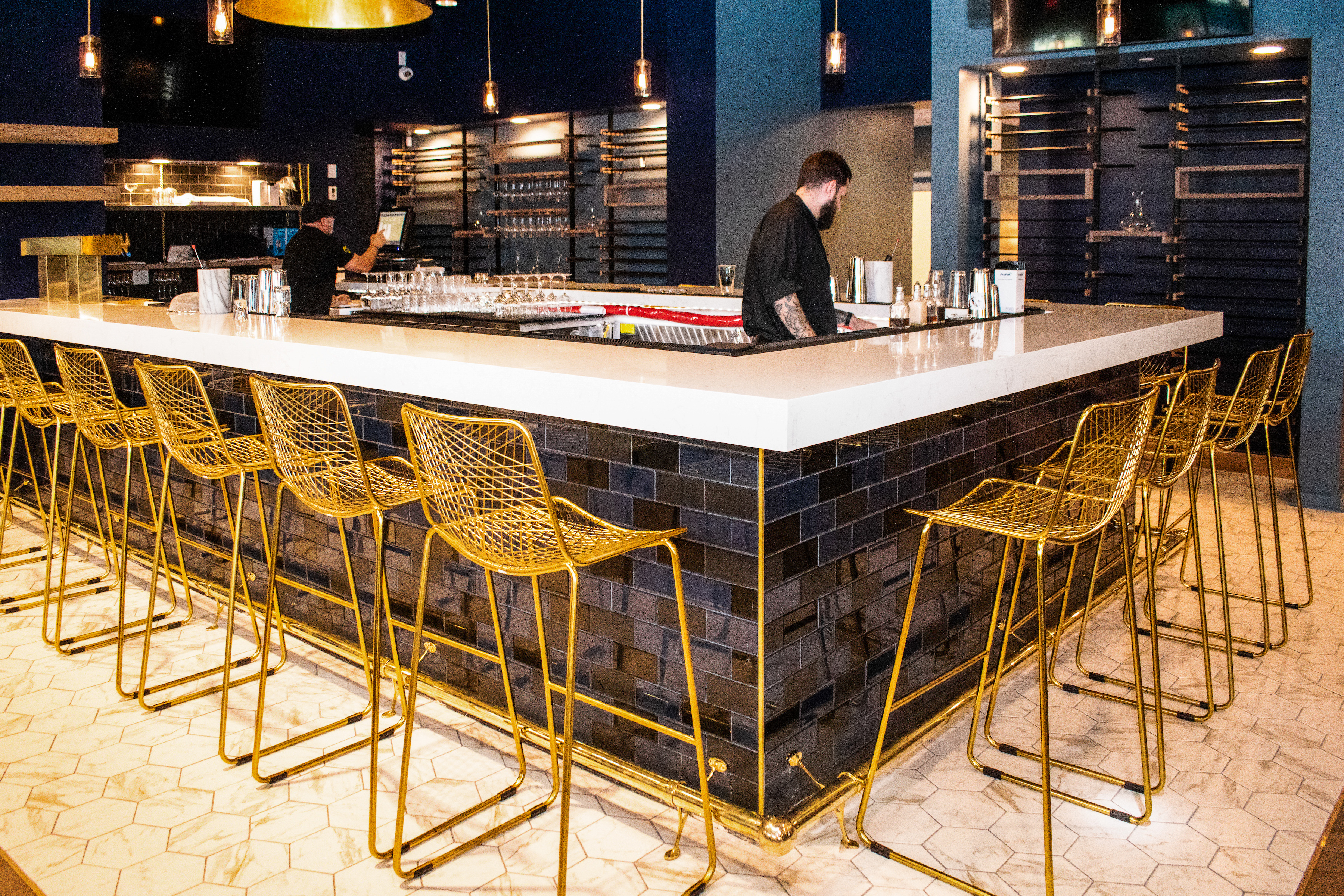 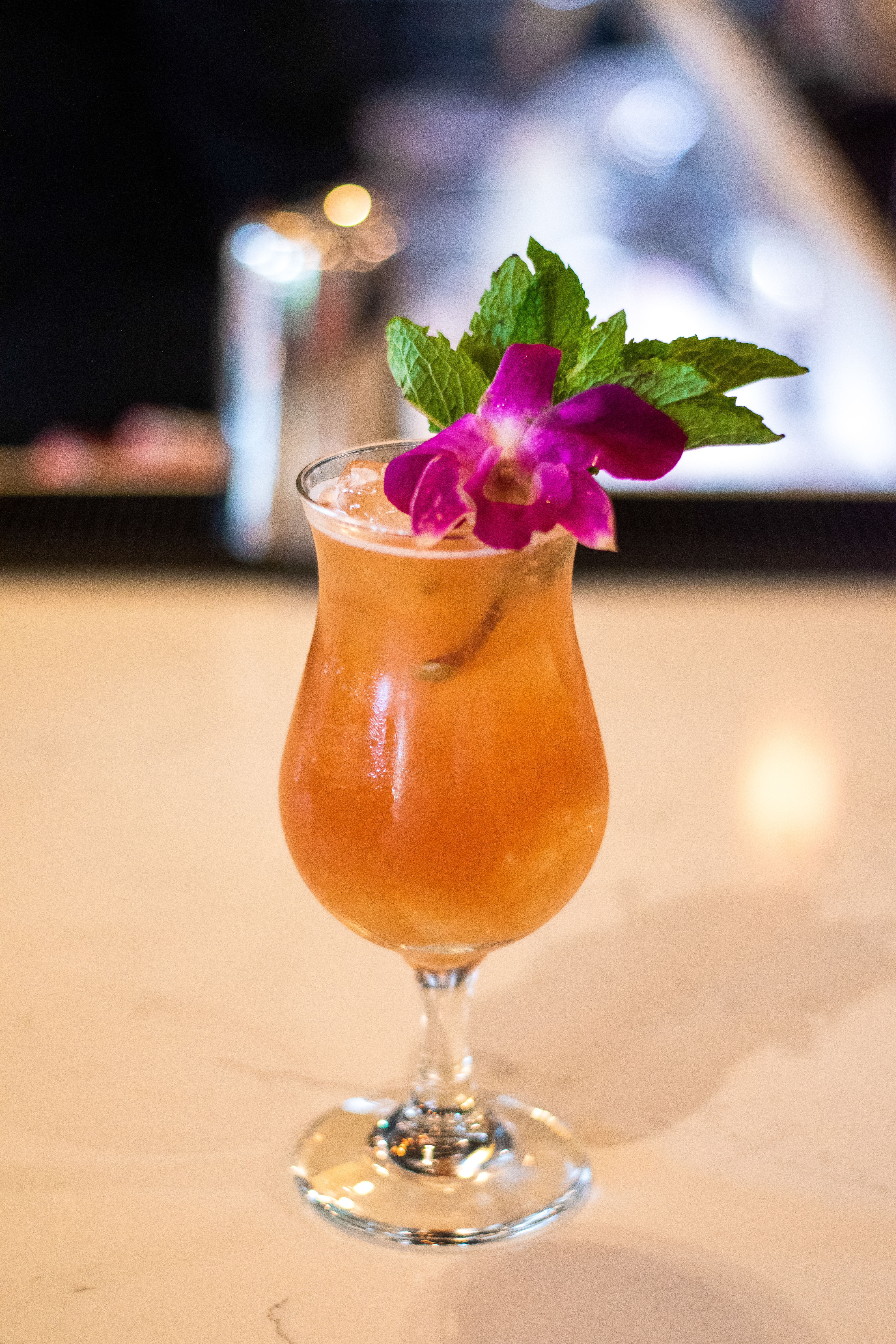 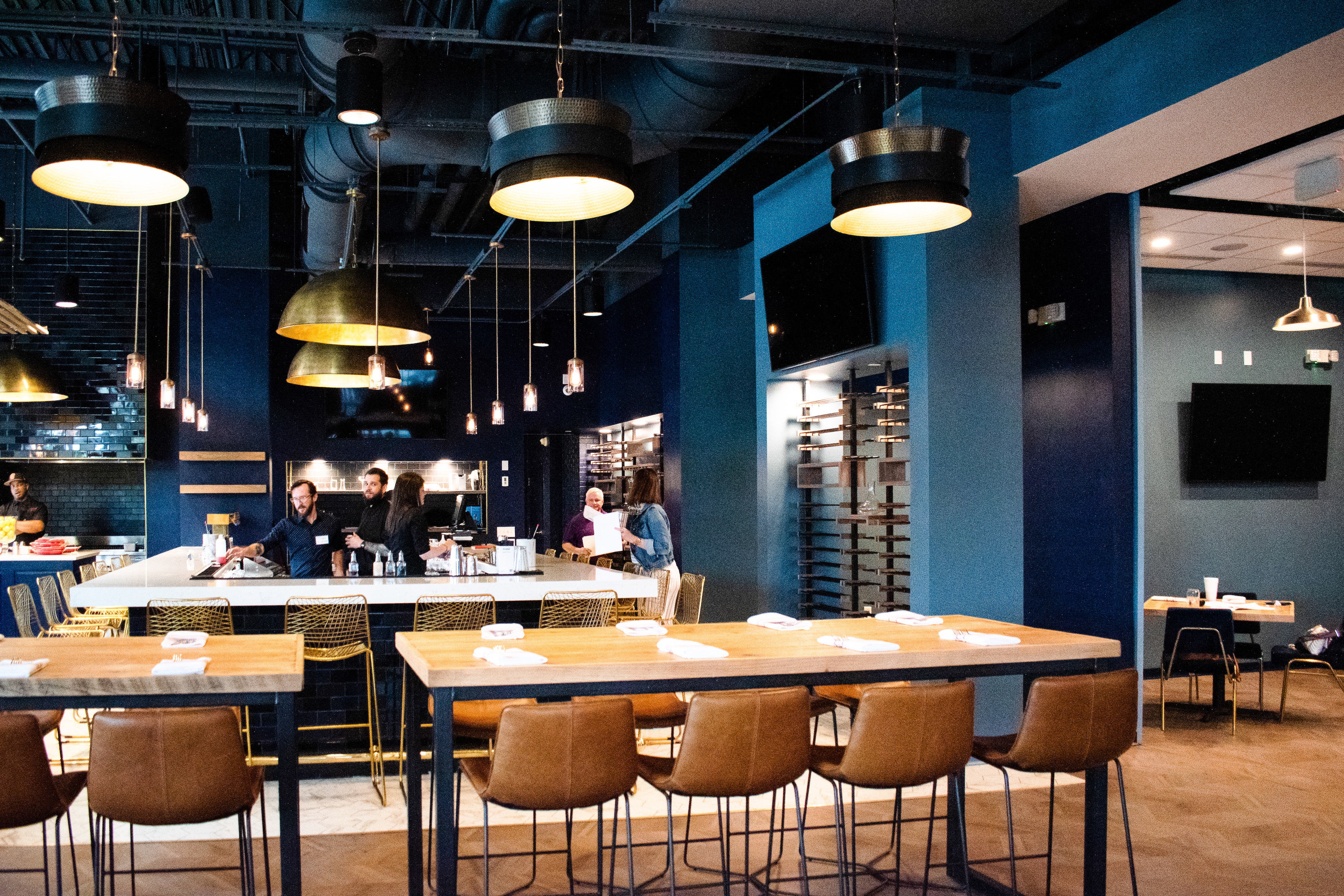 The restaurant’s design allows for a variety of dining experiences. At the sizeable central bar, guests can sip cocktails like the New Orleans Nectar Daiquiri or the restaurant’s Hurricane, a twist flavored with passion fruit. Plan a special event in the restaurant’s more private dining area. Or bring a date and sit at one of the large, secluded blue booths for an intimate evening.

“I want them to be able to soak in the entire experience,” Hightower says. “We really thought about how the layout would respond to all the different reasons why people dine out in Baton Rouge,” he adds.

And it’s no coincidence that Hightower included Rouj in the restaurant’s title. He wants the spot to bring something new to the Capital City, while still incorporating some of the familiar elements of the city’s food scene that he knows its residents have grown to love. “I want the culinary scene in Baton Rouge to have a place where people come to visit or bring family that will identify with this city and everything that’s great about it.”