A quarter century has passed since the Red Stick Farmers Market first launched in downtown Baton Rouge, then a small but earnest gathering of farmers and local foods enthusiasts.

This month, market organizer BREADA will mark the occasion of the farmers market’s silver anniversary with Farm Fête. While originally scheduled as a splashy gathering at the new River Center Branch Library, most of the event has gone virtual due to the COVID-19 surge.

There will be some in-person festivities, though, kicking off this Saturday, Sept. 25. Head to the downtown Red Stick Farmers Market, 8 a.m.-noon, for live music from John Gray, a wine pull and a viewing of selected auction items.

During the wine pull, attendees can provide a donation in exchange for the chance to pick a random, blind bottle of wine from Farm Fête’s selection, some of which are valued higher than the donation. It’s a fun opportunity to roll the dice on high value wines, while also supporting the farmers market.

Then, join the online gathering next Wednesday and Thursday, Sept. 29-30, to bid on items in a culinary-focused silent auction. Up for auction are local farm tours; chef dinners at restaurants such as Eliza and Cocha; and other culinary-themed items and experiences.

Attendees will also be able to access video content at facebook.com/breada and a signature cocktail recipe from local distillery Three Roll Estate.

The auction will raise money for the market and its programs—and local farmers need the support now more than ever.

“The pandemic presents ongoing challenges, and when coupled with the string of harsh weather events starting with the February freeze, farmers have had a particularly difficult year,” BREADA development director Allison Tohme Flynn said in a press release. “We can’t control the weather, but we can raise funds to be sure our organization has the capacity to run programs that connect farmers and families so that producers can earn a living and community members have access to fresh food.”

Since it opened in November 1996, the ever-growing market has become a key part of Baton Rouge’s community fabric, attracting foodies, families and visitors looking for high-quality produce and goods and lively conversation. 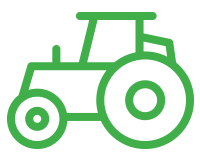 Today, there are more than 40 farmers and producers from 14 parishes selling their wares to hundreds of weekly shoppers at three Red Stick Farmers Market sites. Many patrons are on a first-name basis with farmers, often sharing just how they put that fresh corn or those tender greens to use during the week. Booths feature local fruit, vegetables, legumes and mushrooms, farmstead cheese, grass-fed beef, seafood, baked goods, honey, preserves, native plants and lots more. The market’s Thursday and Saturday gatherings remain open. Masks are encouraged.

To view items and register for the auction, text “farmer” to 72727, or visit https://breada.home.qtego.net. Follow the Red Stick Farmers Market on Facebook for updates and additional programming celebrating the 25th anniversary.

This article was originally published in the September 2021 issue of 225 magazine. It has been updated to include new information about the event.