It’s fair to say the relationship between diners and the restaurants they love has evolved a lot since the spring of 2020.

Eating out remains an unwavering pastime in Baton Rouge, where patrons are known both for their loyalty to favorite spots and their enthusiasm for new openings. But when public health restrictions limited on-premises dining, restaurants here and around the country got creative with their to-go strategies.

By September 2020, seven in 10 restaurant operators nationwide reported that off-premises sales represented a higher proportion of their total business compared to pre-COVID-19 levels, according to the National Restaurant Association. That trend has only continued, as consumers embrace a to-go infrastructure that is more convenient and varied than ever.

“It’s a big part of the business,” says operator Ozzie Fernandez, who has seen a substantial increase in to-go sales across his concepts, which include Izzo’s Illegal Burrito, LIT Pizza, Rocca Pizzeria and Modesto Tacos Tequila Whiskey. “It was already growing before the pandemic, but it’s grown even more since then.”

One of the big changes is in menu offerings. Diners are not just picking up individual appetizers and entrees, but also bundled meals intended to feed a family or small group. Fernandez’s concepts Izzo’s, Rocca and Modesto each offer such options.

Spots like Mestizo, Café Petra, City Pork, Monjunis and many other restaurants in greater Baton Rouge are offering their own packages as well. 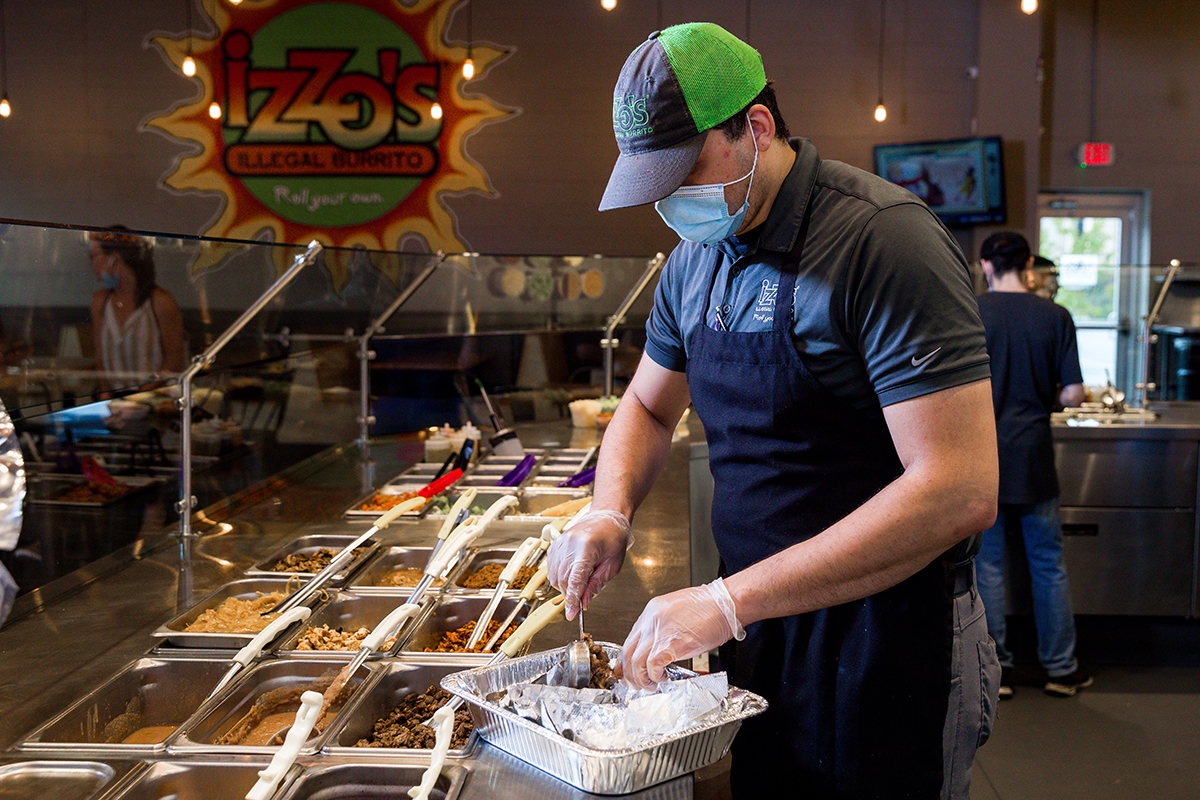 “Demand for family packs and bundles has definitely increased,” Fernandez says. “Fajita packs at Izzo’s, for example, have been up in the neighborhood of 30%, and they’re very popular at Rocca and Modesto, as well.”

Local consumers also now have the option to order alcohol along with meals to-go. In April, the East Baton Rouge Parish Metro Council voted to allow restaurants to continue selling alcohol curbside or through third-party delivery services indefinitely. Nowadays, diners order a gallon of margaritas from spots like Modesto and Gov’t Taco, or bottles of wine or premade cocktails from Mestizo. Restrictions had been relaxed during the pandemic as a way to increase revenue for restaurants facing shuttered dining rooms. Onsite alcohol sales are a key money-maker for eateries. By allowing customers the option to order alcohol to-go, restaurants can recapture some of that lost revenue, Fernandez says.

Your guide to White Light Night, taking over Mid City Friday with art, food and music