Editor’s note: Drago’s has since updated its hours for the Baton Rouge location. We have clarified the change at the bottom of the story.

The wait is finally over, folks.

Now, locals don’t have to drive to the New Orleans area or Lafayette to get a taste of Drago’s Seafood Restaurant‘s famous charbroiled oysters. After years of planning—the restaurant has been in the works since 2015—it quietly opened its doors on Constitution Avenue in late January.

“This stretch from Chili’s all the way to the the last hotel is without a doubt the absolute best location for a restaurant in all of Baton Rouge,” owner Tommy Cvitanovich says. “You’ve got visibility, access, the busiest intersection in the state of Louisiana right here and on top of that you have thousands of hotel rooms within a five minute walk.”

The Baton Rouge Drago’s is bigger than it looks. The 13,600-square-foot former FYE store now seats up to 200 people. Inside, it has tall ceilings, a long bar, a small stage for live entertainment, large comfy leather seats in the entrance lobby and multiple private rooms available for reservation.

There’s also “The Governor’s Room,” a special private back room with its own entrance and private restrooms. The conference-style space with portraits of all the Louisiana governors was specially designed so public figures, politicians and maybe even an LSU coach or two could grab a bite to eat without being seen by the rest of the diners.

For those worried about parking, there are spaces all around the building and guests also have access to two additional lots behind the restaurant.

“I took all of the problems we had at previous restaurants and addressed them in here,” Cvitanovich says. “I’ve always wanted high ceilings, a big huge bar, a lot of TVs at the bar, versatile private rooms and a big kitchen. So at the end of the day, I’m having a lot of fun.”

The Drago’s staff has been hard at work perfecting dishes, customer service and the look of the new spot ahead of its grand opening on Monday. During a soft opening, the restaurant only served select dishes from the menu. After Monday’s grand opening, expect to see all the restaurant’s menu favorites, like boudin-stuffed shrimp, lobster mac & cheese, grillades and grits, fried catfish, steak and, of course, those famous charbroiled oysters. 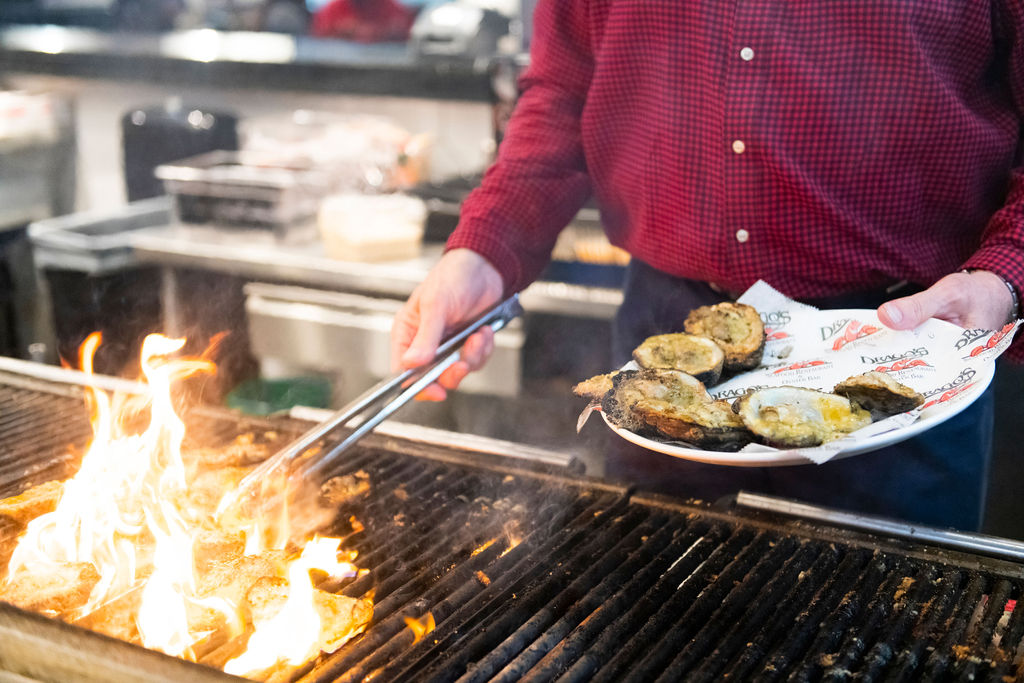 This is the fifth location for Drago’s, with restaurants in Lafayette, Metairie, New Orleans and Jackson, Mississippi.

The grand opening celebration for the Baton Rouge Drago’s is 3-5:30 p.m. Monday, Feb. 3. The Drago’s team will be limiting the amount of people allowed in during the opening event. Its regular hours will be 11 a.m.-10 p.m. Sunday to Thursday, and 11 a.m.-11 p.m. Friday and Saturday.

Best of 225 This Week: Roux Rally, Dale Brown Day and more things to do in Baton Rouge this weekend

An easy salmon recipe to make for Lent