Editor’s note: This story has been updated since publication to correct an error. Trey Williams is no longer a partner in City Group Hospitality. 225 regrets the error.

When original founders Chase Lyons and Trey Williams launched City Pork under the Perkins Road overpass in 2014, expectations about what local barbecue could be started to change. The small eatery rolled out a lengthy list of charcuterie cured and smoked in-house, along with specialty cuts of pork and beef smoked under precise conditions using applewood, pecan and maple.

“City Pork was all about taking the utmost care of proteins and creating an experience around every aspect of the preparation,” says City Group Hospitality Managing Partner Stephen Hightower, who now owns the business. (Williams and Lyons moved on to other restaurant pursuits.) “It wasn’t just the smoking, but the selection of meats, the cuts, the rubs and the sauces. It was all about how to take barbecue to the next level.”

Influenced by both Memphis- and North Carolina-style barbecue, City Pork’s artisan ’que refuses to be pinned down to this day. The Big Pig sandwich, a mass of smoked and pulled pork served between a brioche bun with homemade coleslaw, is still the restaurant’s best seller. A similar version comes with 14-hour smoked brisket slices. 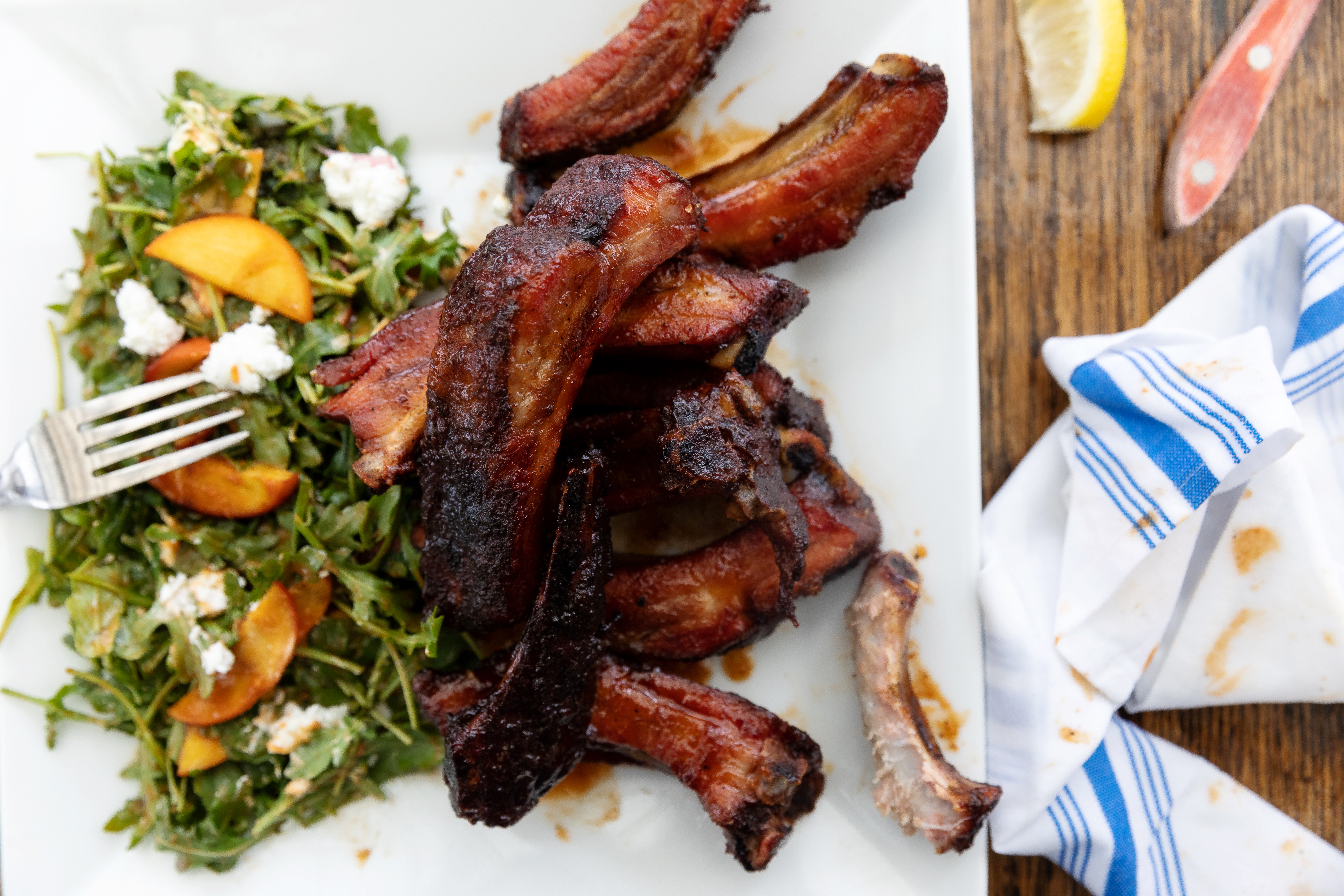 “It’s about taking different proteins and applying the right principles to them,” Hightower says.

Fresh salmon is served glazed and barbecued, or smoked on site. Baby back ribs are adorned with goat cheese and grilled peaches. Wild boar is stuffed inside flautas. Andouille, boudin, duck bacon and pastrami are part of an evolving list of charcuterie.

City Pork’s three locations include a full-service brasserie on Jefferson Highway, where new menu items and specials are routinely rolled out. There’s also a fast-casual location at the LSU Design building, and a catering hub on Government Street that offers a dine-in sandwich menu and take-out orders. Also at this location, a new meat-and-three line features a choice of entrée and three sides for $12.

Hightower says Baton Rouge has been the perfect place to launch a homegrown, elevated barbecue concept. “You see this evolving palate in Baton Rouge, and a real appreciation for what goes into good barbecue,” Hightower says. “People know you can’t cut corners to do it the right way.”