Before LSU’s multi-year mishandling of sexual misconduct cases was exposed, and before student survivors delivered difficult testimonies to a committee hearing at the State Legislature earlier this year, the Baton Rouge nonprofit Sexual Trauma Assistance and Response had been advocating for a culture change at LSU.

After the USA Today story about the LSU scandal broke in November, Hebert posted a response that read, “Over the years, STAR has repeatedly offered to assist LSU in developing and improving its efforts to prevent and respond to sexual assault on campus. And while we have been fortunate to partner consistently with programs such as the LSU Women’s Center, the Women’s and Gender Studies Department, and the LSU Lighthouse Program, which provides support to survivors of sexual assault on campus, we have been ignored and dismissed by other departments and programs within the university that we know are hotspots for sexual assault, specifically LSU’s Greek system and the athletics department.”

Now STAR has been asked to play a role in attempting to change the culture at LSU. Following the Husch-Blackwell report, which uncovered a system of mismanagement in addressing sexual misconduct issues, the university hired STAR to assess its current climate and make recommendations on how to improve it. This includes looking at a mandatory training faculty and staff currently take on how to handle sexual misconduct issues, and updating it to be more effective. STAR has also been asked to update training on sexual misconduct and dating violence for students. In a separate contract, LSU Athletics has hired STAR to assess its workplace climate concerning issues of sexual misconduct and to develop a training for staff.

“This is us trying to change the culture on our own campus. We’re trying to promote a culture change where we all think the same thing about these things,” Cassidy says. “We’re fortunate to have STAR in the community. They are subject matter experts.”

Just how things will change at the university is still unknown. New bills before the Louisiana Legislature this spring could alter how state universities handle employees who fail to report violations, and the Biden administration could recommend changes to Title IX laws, as the Trump administration did previously.

The changes won’t happen overnight. STAR will ultimately be encouraging LSU to create a culture that supports those who report misconduct, rather than discourages them through fear of retaliation, and that will take time.

“That, to me, is one of the biggest things about LSU’s culture that needs to change,” Hebert says. “People at LSU feel betrayed because the system didn’t protect them.” 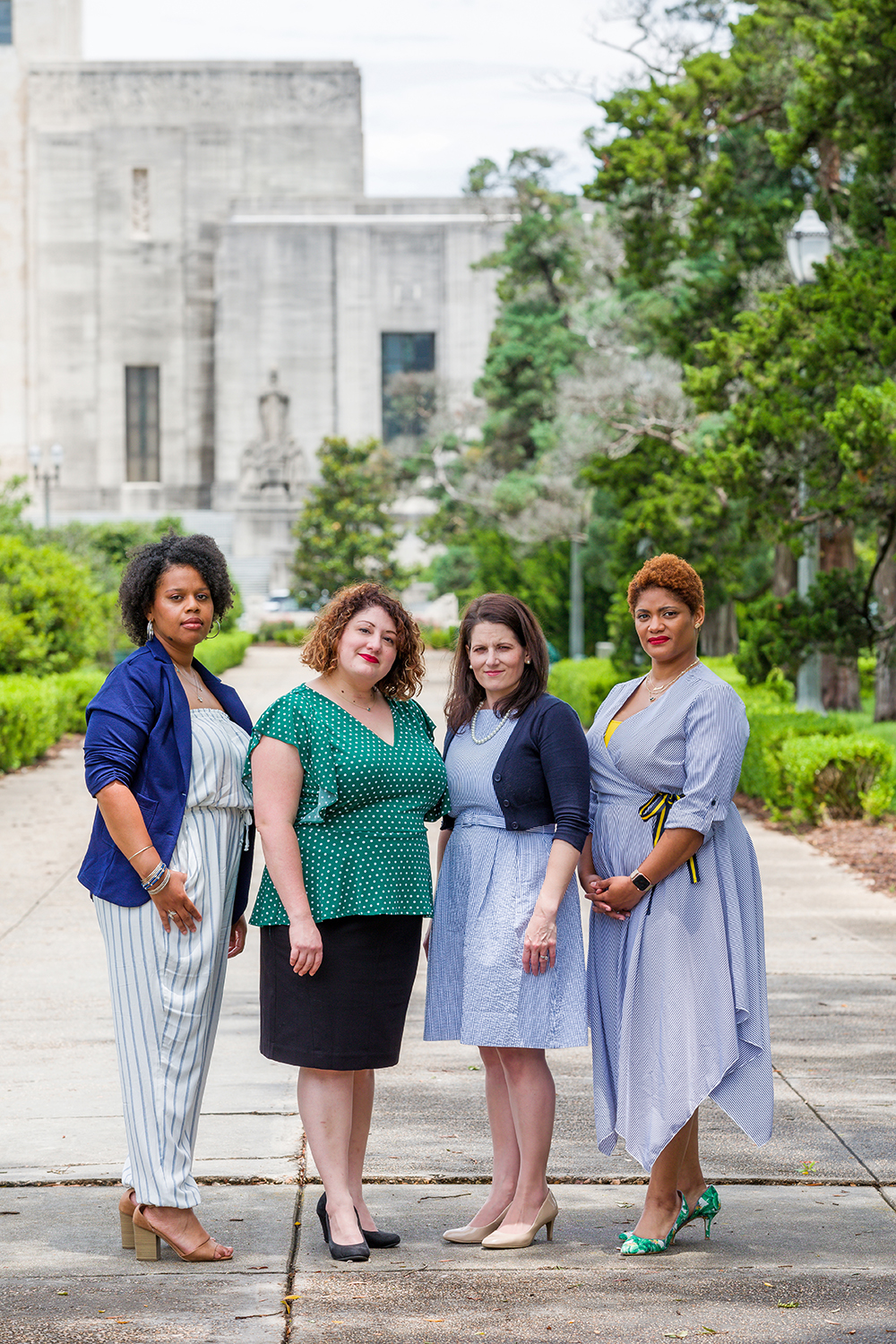 Baton Rouge-based STAR has been focused on supporting survivors of sexual assault and educating the community about sexual violence for nearly a decade. It is Louisiana’s largest sexual assault service provider, and its counselors work with thousands of sexual assault victims every year through offices in Baton Rouge, New Orleans and Alexandria.

The organization began as the Rape Crisis Center, a unit situated in the District Attorney’s Office in Baton Rouge.

Hebert, a licensed clinical social worker who earned both a bachelor’s and master’s degree from LSU, was then a Rape Crisis Center employee. She led its transition to an independent nonprofit, as well as a rebranding. The move placed the organization in a stronger position to fundraise and grow its badly needed programs, Hebert says.

Hebert and her team, who have won numerous awards for their work, have grown STAR’s reach considerably through the years. They secured major federal grants from the Justice Department’s Office of Violence Against Women, which allowed STAR to expand its counseling staff.

Federal grants also enabled the organization to open a legal division that helps survivors through both criminal and Title IX proceedings. STAR’s staff attorneys advocate for changes in the legal system that support survivors’ rights. One example is a bill before the current legislative session that adds sexual assault to the reasons a Louisiana renter can terminate a lease early.

In 2016, private funding enabled STAR to open divisions in New Orleans and in Alexandria, which serves eight Central Louisiana parishes. Before the Alexandria branch opened, that region had been without a sexual assault service provider for five years.

“The first part of our mission is supporting survivors,” Hebert says. “That is largely what we’re known for in the community: our confidential and free services to survivors, as well as our educational work.”

Secondly, STAR aims to improve “system response,” which includes how an organization (like LSU) reports sexual assault and holds offenders accountable. STAR’s third objective is to change a culture that has historically blamed and shamed victims to one that seeks to reduce and eliminate sexual violence and supports those who report it.

The trauma of sexual assault doesn’t end with the incident itself, Hebert says.

“Time and time again, survivors will tell us, ‘It wasn’t just the rape; it was what happened after. I told someone, and they didn’t believe me.’ Or, ‘I tried to report it, and I had to go through all these hoops just for him to not get suspended or arrested.’”

Hebert credits survivors for keeping the pressure on LSU.

But she also believes that the survivors who have come forward are the tip of the iceberg.

“There are so many more people that don’t want the public spotlight,” Hebert says. “It’s pervasive.”

STAR has managed to expand its services and physical reach over its history against a backdrop of funding challenges. Unlike some states, Louisiana does not support sexual assault service providers with a budget allocation.

“Sexual assault centers across the state desperately need funding for what they’re already doing,” Hebert says. “(Louisiana) needs to make a real investment in new centers. When someone is sexually assaulted, it’s a crime against the state.”

STAR is currently raising money to fill the gap created by the loss of its DA funding. A private donor has pledged $150,000 and is encouraging the community to match it.

This comes at a time when demand for STAR’s services is at an all-time high. In the last few months, dozens of organizations have called the agency for sexual misconduct training, Hebert says. Meanwhile, more survivors are requesting confidential help, she says. Hebert and her team aren’t sure if it’s because recent news reports about the university’s violations have increased awareness, or because COVID-19 restrictions are being lifted and individuals are feeling more comfortable about going to hospitals, but numbers are up appreciably.

Hebert says calls on the organization’s hotline increased 50% this spring. In its Alexandria branch, the team that meets rape survivors in hospitals went out on one or two callouts a day in the month of March—triple the normal level for that office.

“Requests for services have increased so much over the past three months,” Hebert says. “It has been overwhelming, really. And we do not turn survivors away.”

Read LSU’s response to its Title IX scandal at lsu.edu/titleix-review.