A few years ago, the notion of chatting with your doctor via videoconference was beginning to take off nationwide. But platforms weren’t perfect, and start-up entrepreneur Vishal Vasanji saw an opportunity to make the typical telehealth experience more robust. The founder of Patient Plus urgent care clinics teamed with software developer and LSU professor James Davis to form a company called Relief Telemed. 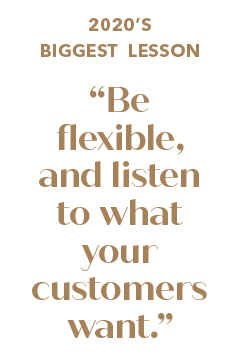 Offering just a video to video interface wasn’t enough, they believed. They wanted to create a model that made the interaction seamless and straightforward for both patients and health care providers.

“At some point, a lightbulb went off,” recalls Vasanji. “We said, ‘Let’s put nursing on the road. Like Waitr puts drivers on the road to take food from restaurants, we can build a similar concept that brings health care to your door.’”

The venture, tested throughout 2019, was preparing to officially launch by mid-2020. But by March, COVID-19 had turned daily life on its head.

“At a certain point, it was clear [the pandemic] wasn’t going away anytime soon,” Vasanji says. “So we went
all in.”

He and Davis worked tirelessly, sometimes 20-hour days, expanding the fledgling venture to accommodate a surge in demand for telehealth platforms among doctors, and, as the weeks went by, in widespread COVID testing among employers eager to keep their teams healthy. 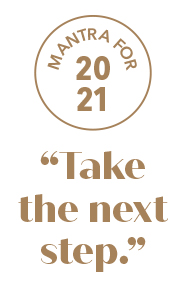 “We very quickly put together a dashboard for employers to track their employees, and that established the next growth phase for the company,” Vasanji says. “By August we were working with 30 to 40 companies, bringing COVID testing to their sites.”

The business grew from generating no revenue in early 2020, to an anticipated $2 million to $3 million by the end of the year, Vasanji says.

Up next: The company is well-positioned to take on vaccine distribution, once the shots become widely available. relieftelemed.com

The future of the LSU offense looks to be in good hands with Jake Peetz, DJ Mangas

More than 50 projects in the works for downtown this year

In case you missed it: Amazon developer files plans for distribution center at Cortana Mall site