Leading up to St. Patrick’s Day this year, Pat Shingleton didn’t even have to say the parade was canceled. He knew it probably would be. He knew everyone else knew it, too.

But he is quick to correct some language. There will be a Wearin’ of the Green celebration this month, which he’ll co-host on WBRZ-Channel 2 alongside his son, anchor Michael Shingleton. The March 13 show will start rolling at 9:30 a.m., and it will include every bit of footage Shingleton can conjure from previous parades.

And the parade, of course, isn’t canceled, but postponed. Once it’s deemed safe, Shingleton promises he’d only need a few weeks notice to pull everything together. Here, the 70-year-old shares why the parade has been so important—and about his recent retirement as WBRZ-Channel 2 chief forecaster. wearinofthegreen.com

Many consider Wearin’ of the Green the best parade in town. While we’ve missed it the last year, what do you think it ultimately means to Baton Rouge?

I think about the hurricanes that rolled through Lake Charles last year. As unfortunate and devastating as it was, people are tied to the land, and they always come back. It’s the same thing with this parade—people always come back, and the parade will come back. People who are now 55 enjoyed it when they were 20. We’ve had a lot of marriages and engagements on the route. One person, Stephen Keller, was hit by a car on the route, ended up going to the hospital and finding out he had cancer. He started treatment and is now cancer free. The parade is so much larger than me.

The parade is 35 years old now. What’s been your favorite memory?

I have a picture that shows my son, Michael, walking down the parade route when he was 3. He was 8 months old for the first parade and has been at the parade every year since. … In the photo, he’s got an Irish shirt on, and he’s just tossing these beads. For me, it’s the memories of everything my wife, Mabyn, has done to assist with the parade, and the years our family has come into town and thoroughly enjoyed it.

Tell us some parade day stories.

In 2011, it was a really bad day for the parade. We had weather situations, breakdowns. The parade was really running late. I wanted to find out what was going on and get it moving. So I jumped on this golf cart and went flying down Perkins Road. When I came to the top of the Overpass, the wheels of the cart slid off the curb and smashed this little girl’s trumpet. She was with the Istrouma High Band. The little girl was crying, and I said ‘Honey, I’m really sorry. I’ll have a new trumpet for you Monday.’ I went to the band director, Juvon Pollard, [and he told me] the band was the only one in town that didn’t have uniforms. I said, ‘You and I are going to work together to make this happen in six months.’ We needed to raise about $34,000. Six months later, we ended up about $12,000 short. Then the next day, a lady walked into Istrouma High School and anonymously cut a check for $12,000. That all came from a smashed trumpet. 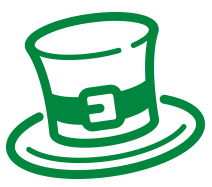 Congrats on your retirement as WBRZ’s chief forecaster. How does it feel?

I can never get my head around that word, ‘retirement.’ I don’t see it for me. It’s more me closing the door on the weather department. I’ve covered a lot of stories, given the daily forecast and tried to leave the viewer with a smile on their face. But I’m going to continue to embrace the things that benefit the community, whether that’s something like the parade or [my nonprofit] Pat’s Coats for Kids.

You’ve covered 500 storms over your 45-year career. Which was most memorable?

Gustav was the worst storm that ever hit Baton Rouge. It was the biggest tree remover we ever had. Of course there was Katrina, and the flood in 2016 was just mind boggling. And 2020—what a year. We used every hurricane name on the list, and five storms hit the state of Louisiana. Our viewers are acclimated to tropical storms and hurricanes. Now, after a pandemic and economic crisis, it feels like we can’t possibly throw anything more at them. They are extremely resilient.

Quotes have been edited for brevity and clarity.