After the COVID-19 pandemic canceled Free Comic Book Day entirely in 2020 and moved the event to August in 2021, the annual event returns to its traditional spot in May on Baton Rouge and national calendars this weekend.

Held on the first Saturday of May, the event has been a regular occurrence at more than 2,000 comic book stores since its inception in 2002. Over the years, the national celebration has offered complimentary comics created just for the event, ranging from previews of Marvel and DC Comics’ upcoming crossover events to jumping off points for readers of all ages.

“That’s the point of it really,” says Eric Davis, the general manager of Louisiana Double Play, a local comic book shop. “They give us really cheap stuff that is a good introductory point, and it allows people, without risk, to try something out … And that’s the primary purpose, to bring in new readers.” 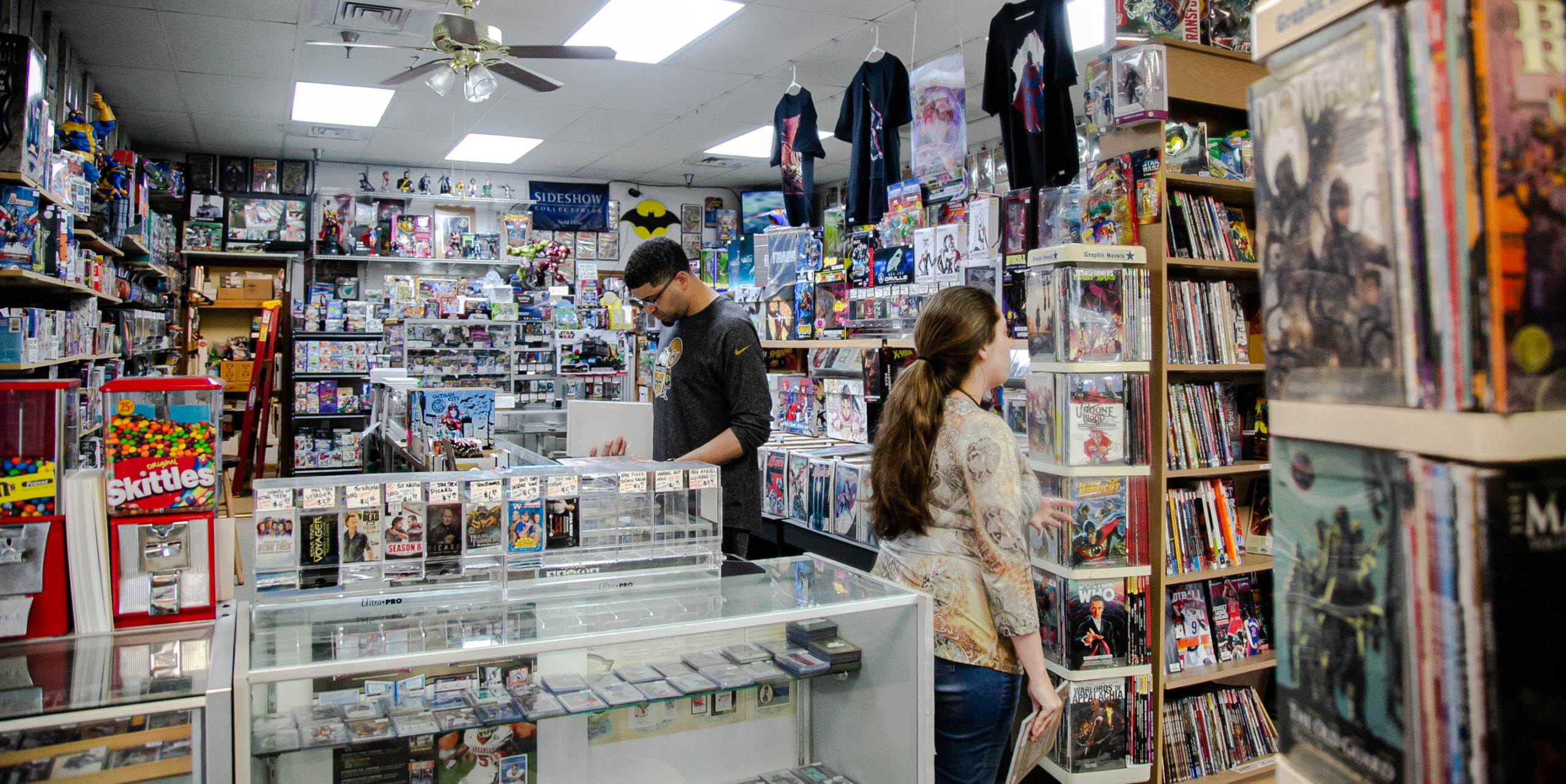 Free Comic Book Day offerings this year include previews of Marvel’s crossover between the Avengers, X-Men and Eternals entitled “Judgement Day,” along with a sampling of adventures from Spider-Man and Venom and a Pride anthology celebrating Marvel’s LGBTQ+ heroes.

The event will also offer a look at the newest adventure of Superman, Batman and Wonder Woman in “Dark Crisis,” as well as a children’s sampler of stories from Krypto the Superdog and the rest of the Super-Pets in preparation for their big screen debut this summer.

Smaller publishers are also offering previews for their licensed books, like “Stranger Things,” “Street Fighter” and “Avatar: The Last Airbender,” which allow the event to be a child-friendly way for parents to introduce their kids to comic books.

As early as its inception in 2002, the event has been associated with attracting new readers interested in comic books from their increased presence in the culture, with most every event being the day after a Marvel movie debuts, starting with Sam Raimi’s “Spider-Man” in 2002. This year, things come full circle with the event following the premiere of Raimi’s “Doctor Strange in the Multiverse of Madness” on Free Comic Book Day’s  20th anniversary.

Recognizing the holiday since its inception, Double Play has used it as a chance to show appreciation to its customers, offering a sale in its side room, complete with long boxes full of $1 comics and marked-down graphic novels. The event often coincides with the shop’s monthly sale on the first Saturday of every month.

Unlike other shops that restrict the number of free comics visitors receive, Davis wants to give as many away as he can to provide readers a chance to preview a  variety of new stories. At Double Play, everyone is able to bring home five free comic books on Saturday while the sale runs from 10 a.m. to 6 p.m.

“We’ve got lots of comics to give away and I expect it to be about as busy as it has ever been,” Davis says.

Expecting a larger turnout than usual, Double Play’s 2022 event is not only the 20th anniversary of the event, but a return to a normal tradition missed by both employees and store regulars alike.

“It’s great to be back to the normalcy of Free Comic Book Day with what it used to be,” says Samantha Reine, who’s worked at Double Play since 2013.

The return to a normal event like this represents the community a comic book store fosters, Robert Broussard, Double Play’s owner, explains.

“It’s more like a barber shop environment,” Broussard says. “It’s a great environment where you can voice your opinion to someone who has the same interest as you.”

Seeing both new and regular customers come in, the team at Double Play hopes to reshape the way comic book stores are perceived—away from the dismissive character of the Comic Book Guy from “The Simpsons” and towards a friendlier, more supportive environment that fosters hours of communicating between strangers about a shared interest.

“It brings the comic book community together,” says Francis Dinh, a regular at another Baton Rouge comic shop, Jason’s Southeast Sports Cards & Comics. “Regardless of if you’re there to explore or buy new comics, you can always talk to somebody that’s there. It’s a good way to interact.”

Bringing readers back every week and to special events like this, Broussard finds little moments with customers and readers to be what makes his job worth it.

And Free Comic Book Day is no different; only this time, the gifts are free .

Forget the fads: 4 small steps to get fit and stay that way [Sponsored]