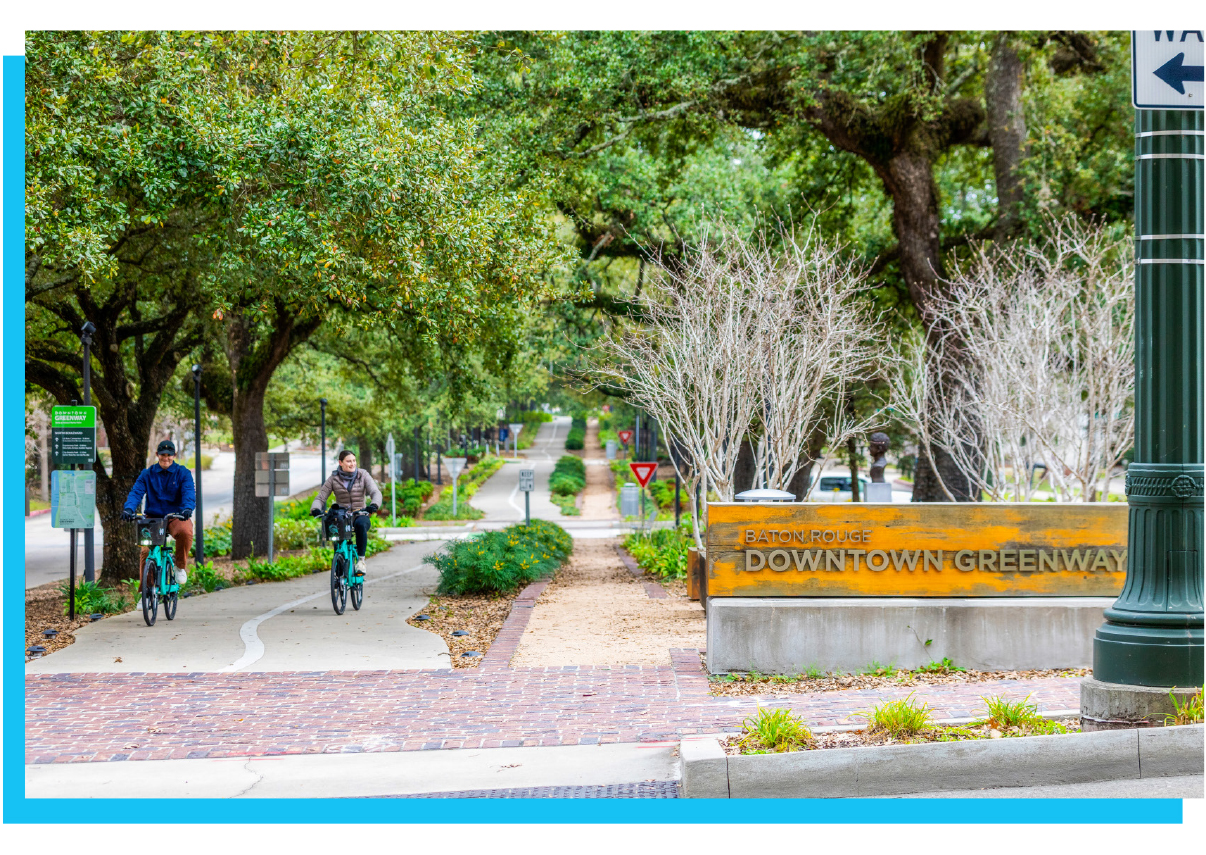 While the full trail—connecting Memorial Stadium, downtown and BREC’s City Park—isn’t yet complete, you can still ride along one of its most picturesque sections. The North Boulevard and East Boulevard stretches provide a designated bike path where you can glide under a canopy of live oak trees and past historic landmarks and churches through downtown and ending at Expressway Park. Crossing some of the downtown intersections might take some maneuvering, so avoid during the morning and afternoon rush hour. Reward yourself with a bite or drink at places like Pastime Restaurant, George’s Place, Jolie Pearl Oyster Bar or The Vintage. 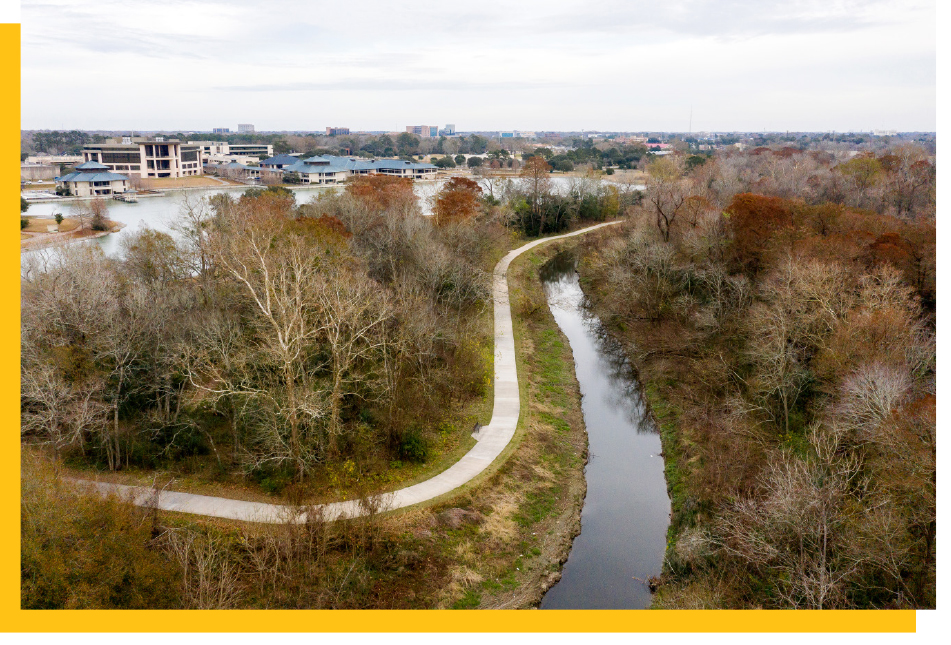 Part of the proposed Health Loop Trail, this would be one of the few sections to take you away from the bustle of the Health District and Perkins Road. It also offers a nice variety of scenery, skirting along the backside of BREC’s Perkins Road Community Park, across a green meadow on the other side of Kenilworth Parkway and then straddling Dawson’s Creek through a wooded area behind Pennington Biomedical Research Center before ending on Quail Drive near the quiet and well-manicured neighborhood of Pollard Estates. There aren’t many eating or drinking options with easy access from the trailheads, but you could take Kenilworth Parkway all the way to Superior Grill-Highland for a margarita and chips and salsa to cap off the bike ride. 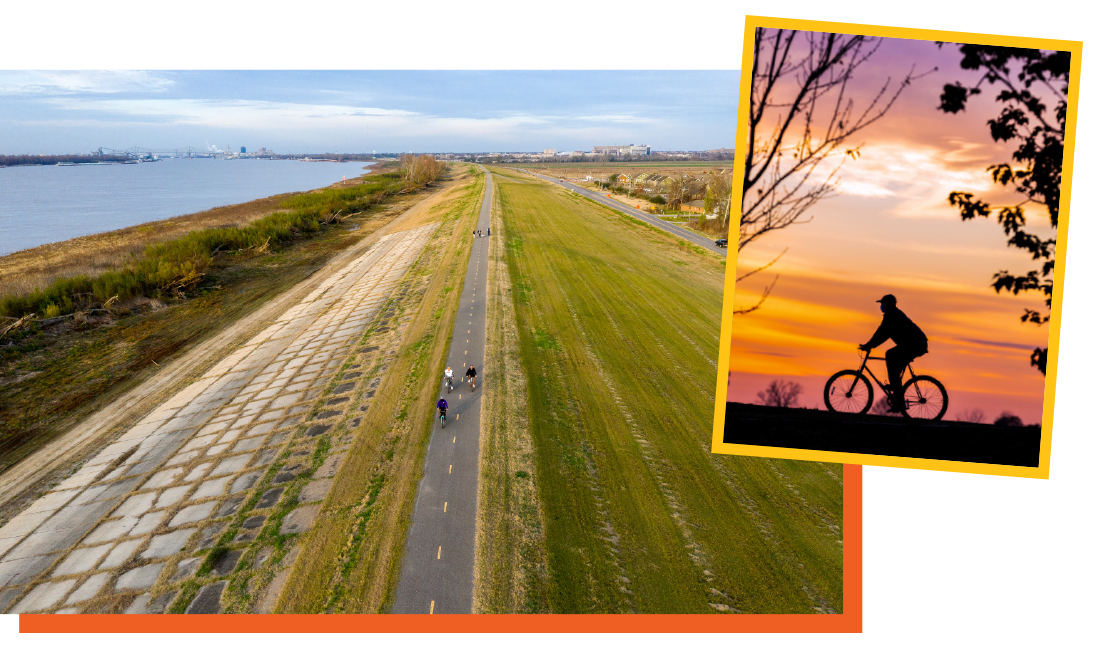 Is there a more quintessential Baton Rouge biking experience than riding atop the levee path and seeing the Mississippi River roll on alongside you? With the final stretch recently paved, you can now ride from downtown all the way to L’Auberge Casino & Hotel. Just make sure your bike is in proper working order and that you’re prepared for an hour or two without shade or access to many amenities. Along the way, take in the downtown skyline, the futuristic Water Institute of the Gulf jutting out over the river, Tiger Stadium and the quiet farmlands south of LSU still untouched by urban sprawl. Reward yourself at a restaurant or bar downtown, or try your luck at L’Auberge.

This article was originally published in the February 2021 issue of 225 magazine. *Editor’s note: Trail lengths are estimates in one direction.

It's almost March. Will LSU be a part of the Madness?

The Best of 225 ballot opens for voting today, March 4