Wild times are coming to BREC’s Baton Rouge Zoo this Friday, Oct. 7, for Brew at the Zoo. At this adult-only event, zoo-goers can try dozens of lagers and ales as you meander through designated exhibits, see animals up close and enjoy live entertainment.

Brew at the Zoo is back and better than ever for its eighth year with new souvenirs, beers and caterers for all the party animals out there. Have a drink with your friends, snack on finger food from local businesses and restaurants and meet some animal friends all while helping benefit the Baton Rouge Zoo Foundation, which exists for conservation efforts and to support the zoo.

“Ultimately, the funds raised are going to go to help animals in the wild maintain their natural habitats or save them from areas where they might be potentially going extinct,” Robyn Lott, Baton Rouge Zoo’s director of marketing and public relations says.

Of course, there will be plenty of beer to sample throughout the night, from name-brand beers to homebrews, that guests can pour at their leisure. Along with beer, there will also be small dishes from places like Raising Cane’s, City Pork, Rouses Markets and more. Along with food and drink, there will be live music from Michael Brandt and Abby Leigh.

This year, there are a few new things happening at Brew at the Zoo, too. There will be additional animal ambassador stations where attendees can meet armadillos, lizards, snakes, owls and more. Sample cups for beer tasting will now include a lanyard, so drinkers can wear their cup from station to station. Additionally, VIP ticket holders will receive an exclusive pilsner glass.

Along with the new additions, Lott says the event will run just like it did before COVID changed things. In 2020, the event was canceled. Last year it was modified to allow people to spread out.

“We’re going back to that original party, and I think that that’s more of what everybody likes,” Lott says. “We’re excited about that. It’s not new, but we’re bringing back what works best.” 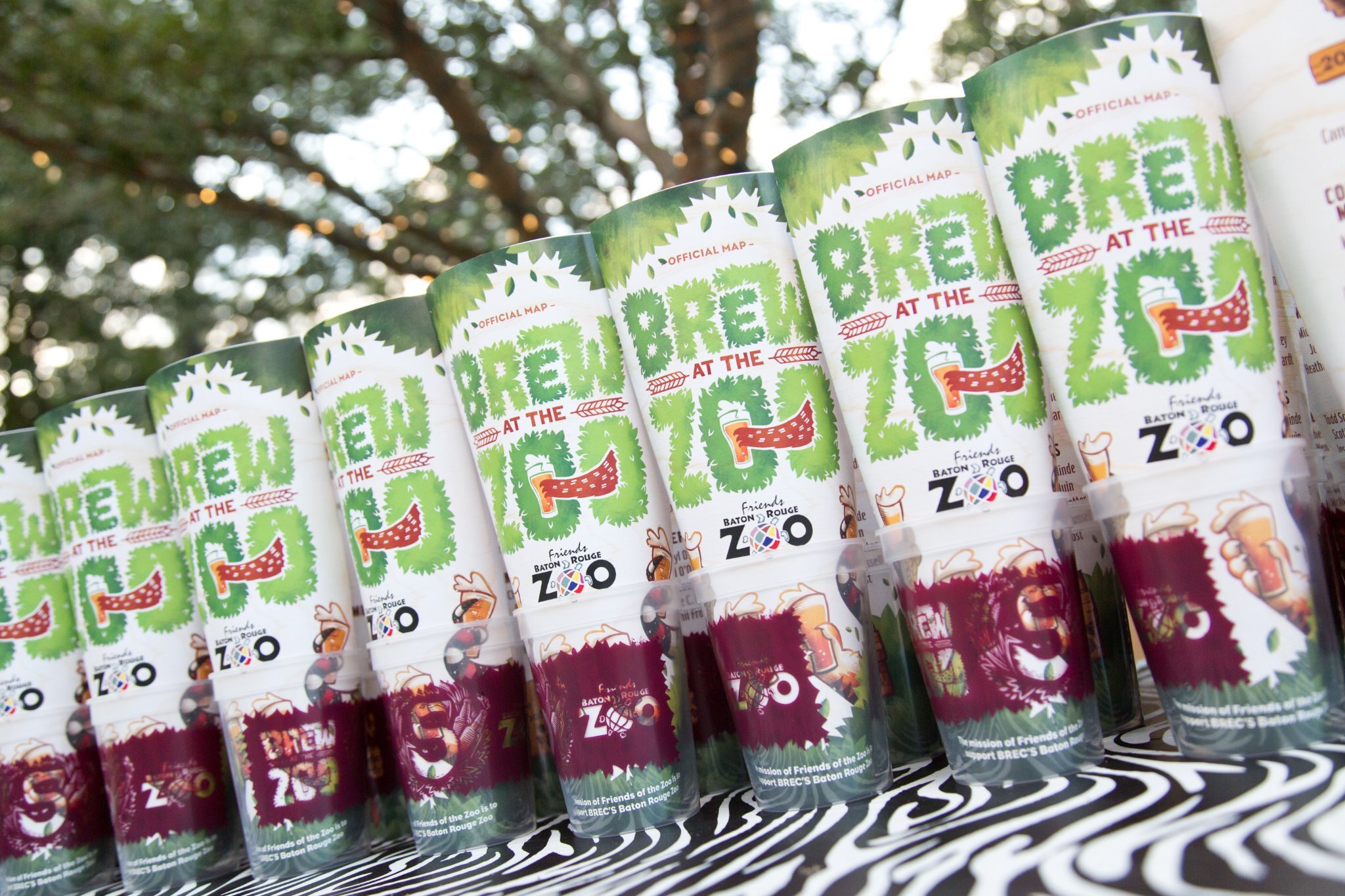 Lott says although there are other beer festivals offering brews, food and entertainment, the location of this event is what makes it truly unique.

All attendees must be 21 years old or older. Ticket holders are not allowed to bring children to this event. Tickets start at $50 and should be purchased prior to the event. You can get general admission tickets here. You can support the Baton Rouge Zoo Foundation further by purchasing a T-shirt or making a donation.