Editor’s note: This story has since been updated to reflect a change in the Spanish Town Mardi Gras parade route this year. 225 regrets the error.

GET READY TO PARTY

This time of year always gets a little crazy. There are green, purple and gold decorations adorning front porches, krewe members lining up to buy their throws and beads at local party stores, boxes upon boxes of king cakes greeting customers at the entrance of every supermarket. And oh yeah, there are those passionate locals paddling out into the City Park lake to retrieve a coveted pink flamingo ahead of the Spanish Town Mardi Gras Parade.

Carnival season in Baton Rouge has always flown under the radar. But in the last decade alone we’ve seen two new dance troupes take to the streets, a new Mid City parade that’s grown faster than ever, and a celebratory music festival downtown.

This year brings a brand new parade with the Krewe of Oshun rolling in north Baton Rouge.

We’re ready for the ’20s to bring even more Mardi Gras fun in the Capital City. 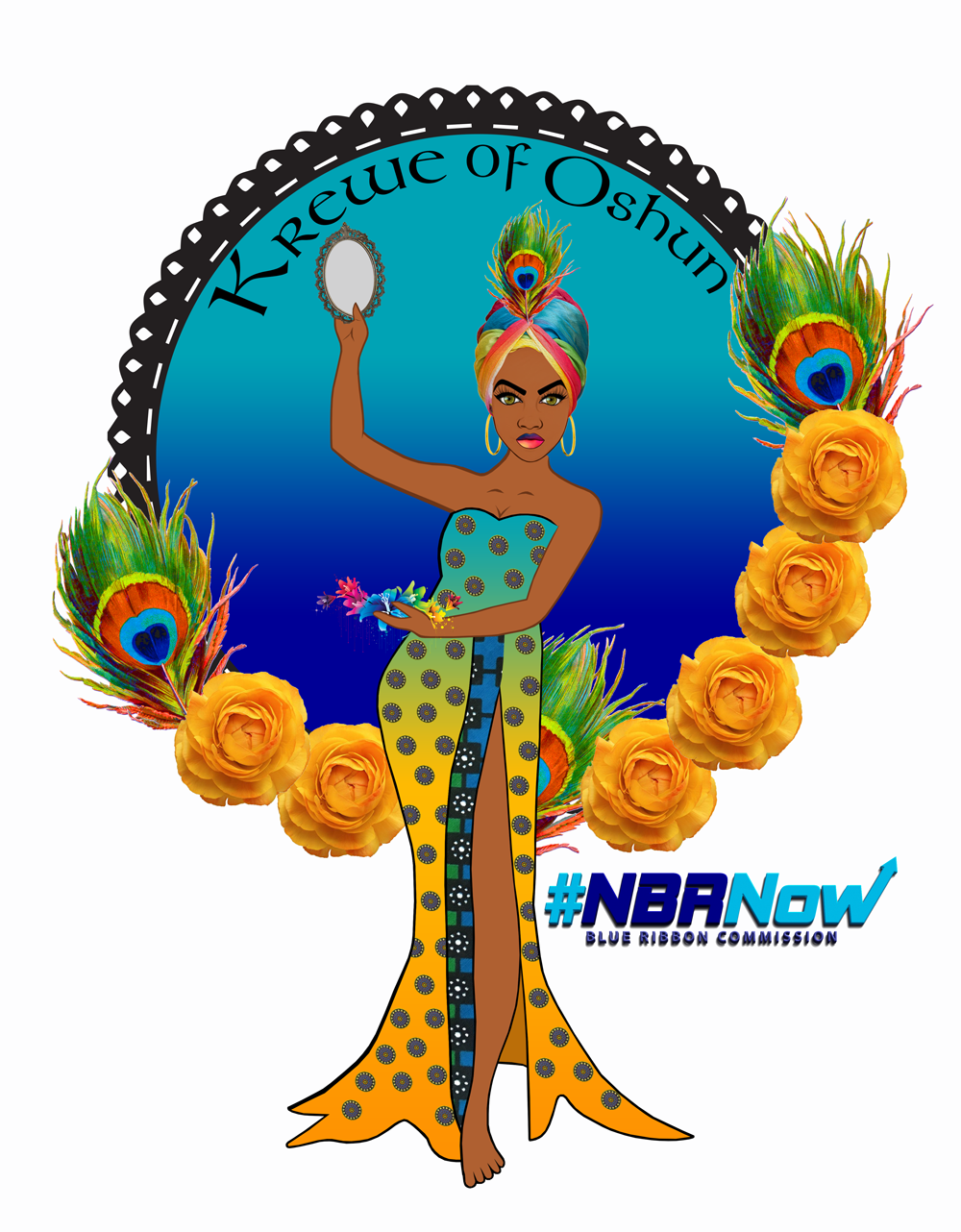 KREWE OF OSHUN GETS ROLLING

There’s a new way to celebrate the season this year. The first annual Krewe of Oshun parade rolls in north Baton Rouge Feb. 8. The parade is three years in the making, according to Byron Washington, one of the organizers with nonprofit North Baton Rouge Now.

“It’s all about celebrating the people, the spirit and the culture in and around north Baton Rouge,” he says.

It’s also Baton Rouge’s first African American parade since the 1940s, and will showcase Mardi Gras Indians and the city’s black cowboys on horseback. Southern University’s acclaimed Human Jukebox will lead the parade, which will end at a Mardi Gras festival on Howell Boulevard. The festival will host food, arts and informational vendors as well as plenty of music.

The parade is Feb. 8, noon-2 p.m., and the festival continues until 6 p.m. Find the Krewe of Oshun on Facebook or at nbrnow.org.

The Baton Rouge Mardi Gras Festival is celebrating its seventh anniversary this month. The free festival started as a way to turn the Saturday of the Spanish Town parade into a full day of activities downtown. It also serves as a great way to take a break from the parade crowds. At North Boulevard Town Square, vendors and food booths set up 10 a.m.-7 p.m. Expect more than a dozen bands and performers taking the stage throughout the day, including festival founder Henry Turner Jr. & Flavor, as well as SmokeHouse Porter and Miss Mamie, KK & the Reverend Blues Revival and more. batonrougemardigrasfestival.com

This group of more than 30 women has been dancing since 2008, showing off choreography and signature costume colors of black, red and white. They are usually flanked by a team of “moms”—those spouses, partners and friends dressed all in white who keep the Babycakes hydrated throughout the parade.

See them at: Mid City Gras and Spanish Town

Started in 2017, this group of friends who just wanted to have fun is now 40 members deep. They show off their moves in white, gold and blue costumes with sequin- and feather-adorned umbrellas.

What began as an excuse to repurpose an LSU Golden Girls-themed Halloween costume turned into more than a dozen men donning sparkly sequined shorts and capes. They began marching proudly around Baton Rouge to raise money for worthy causes in 2019. Expect their enthusiasm and numbers to keep growing.

See them at: Spanish Town 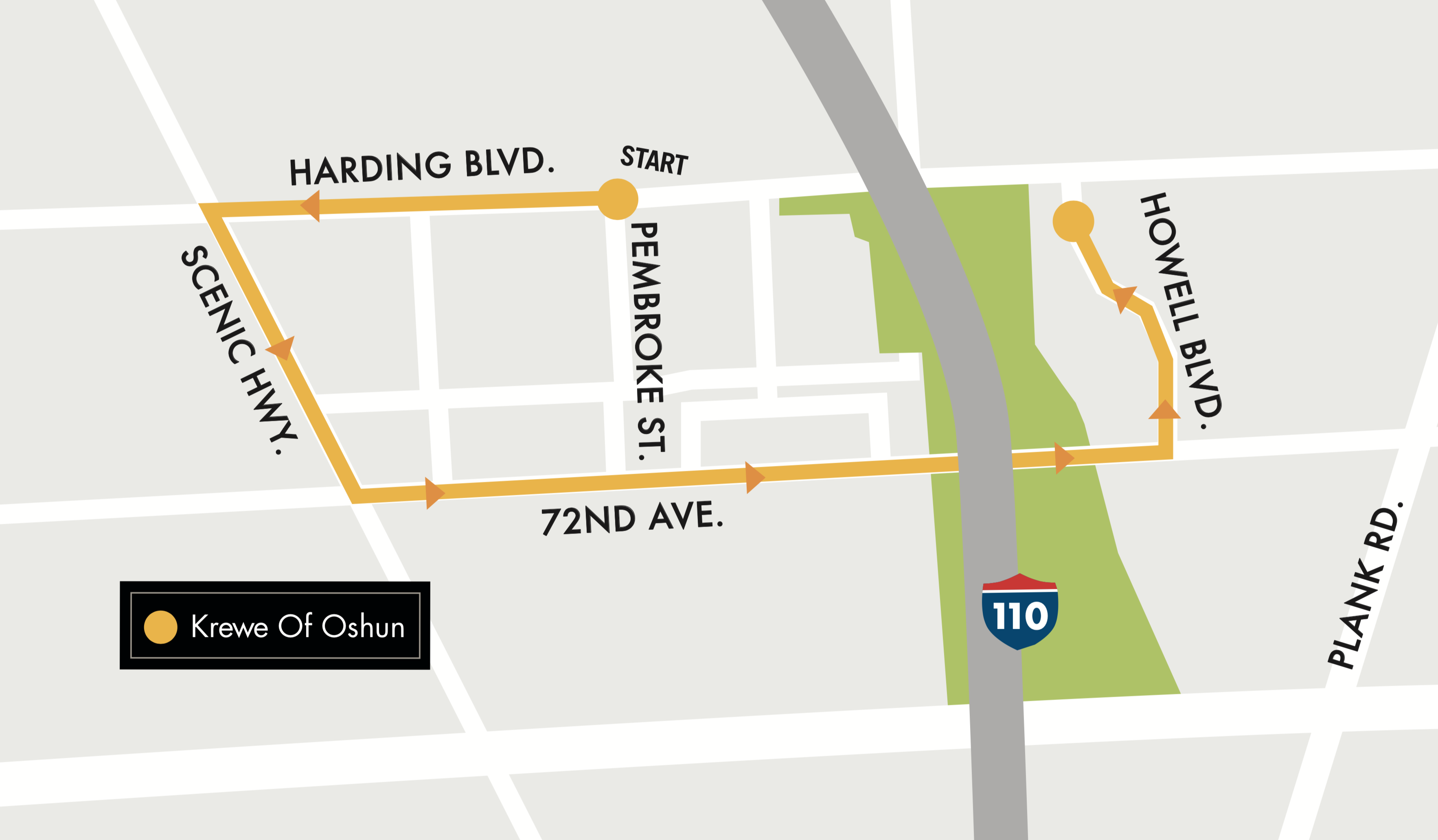 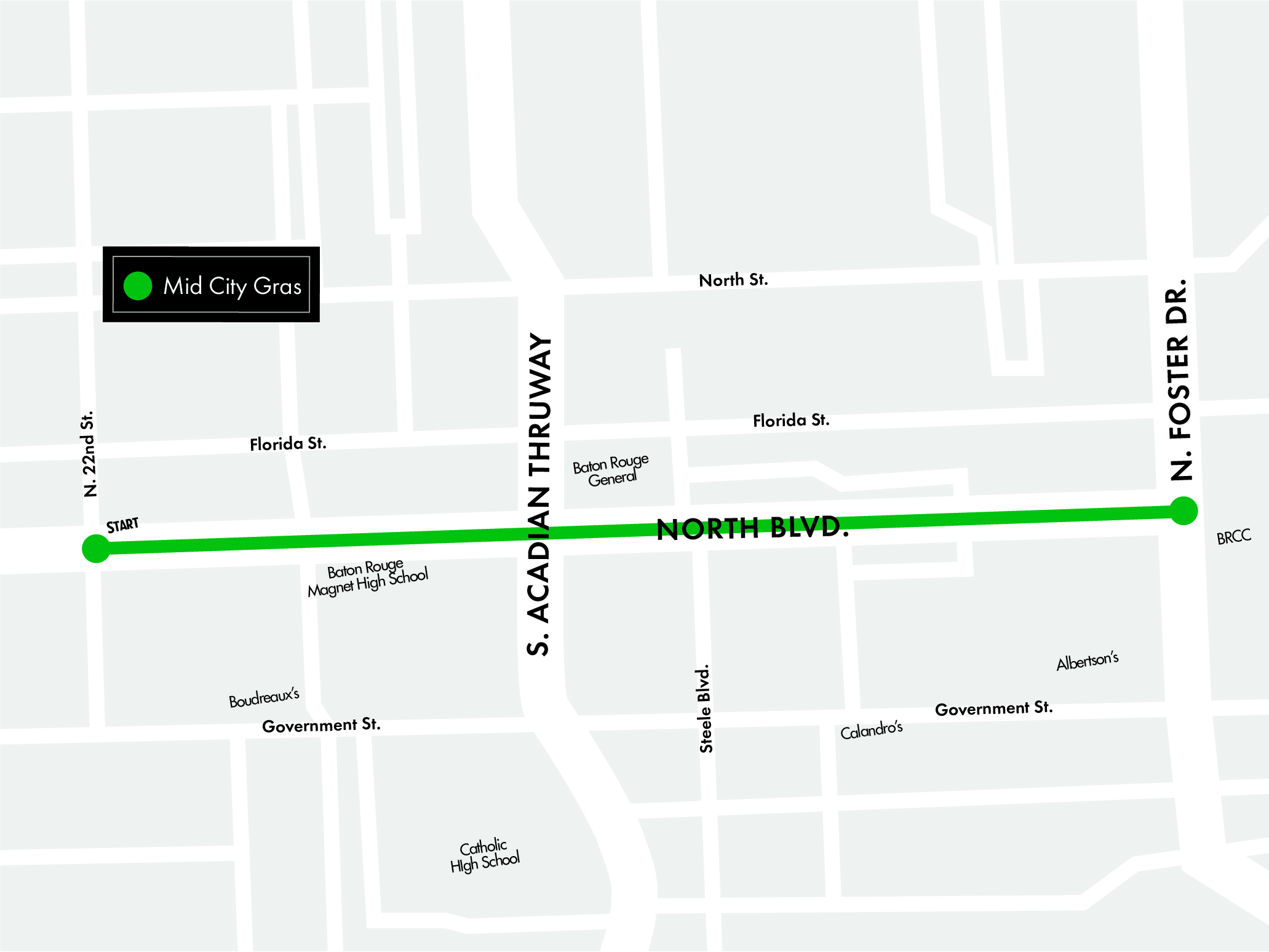 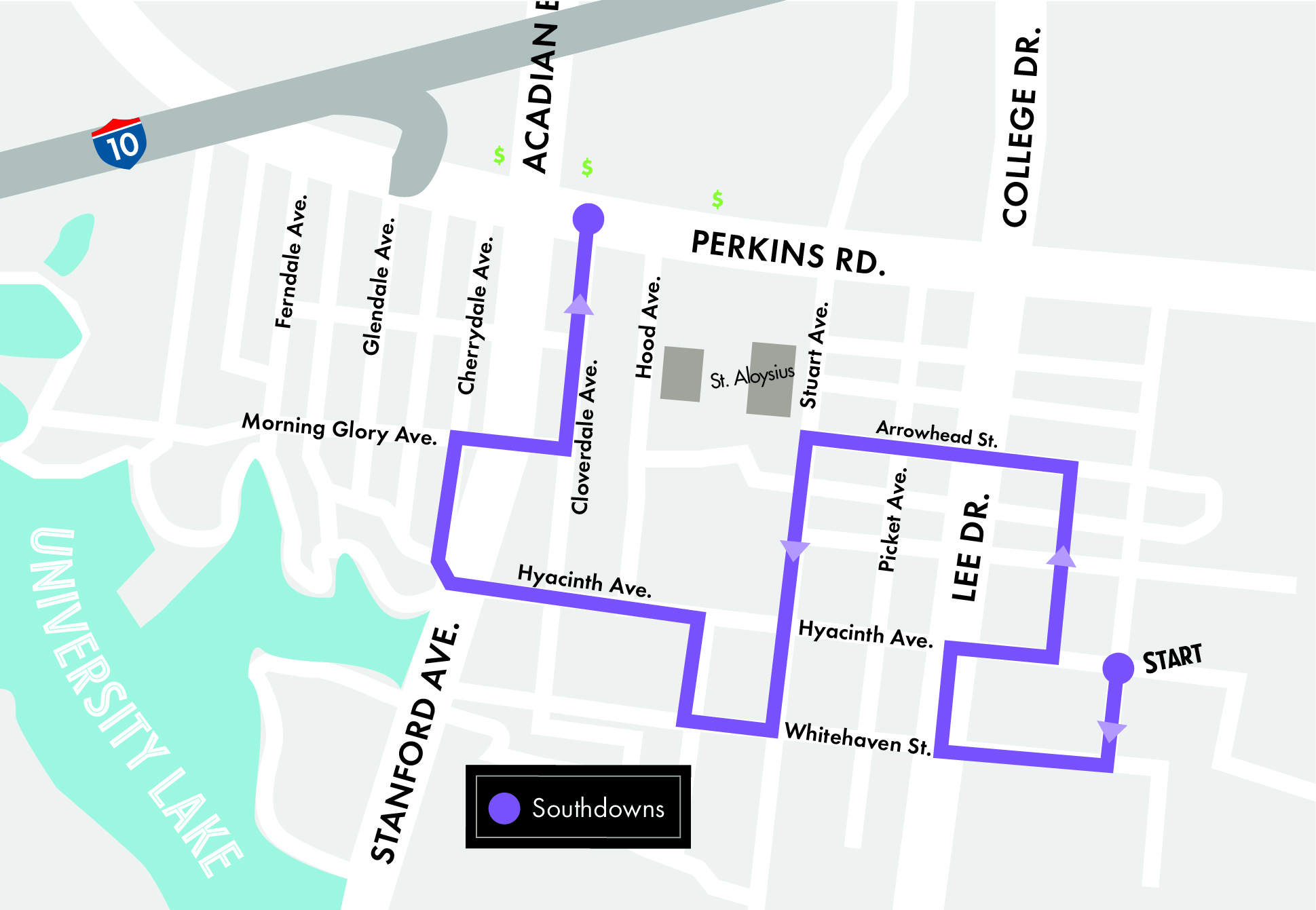 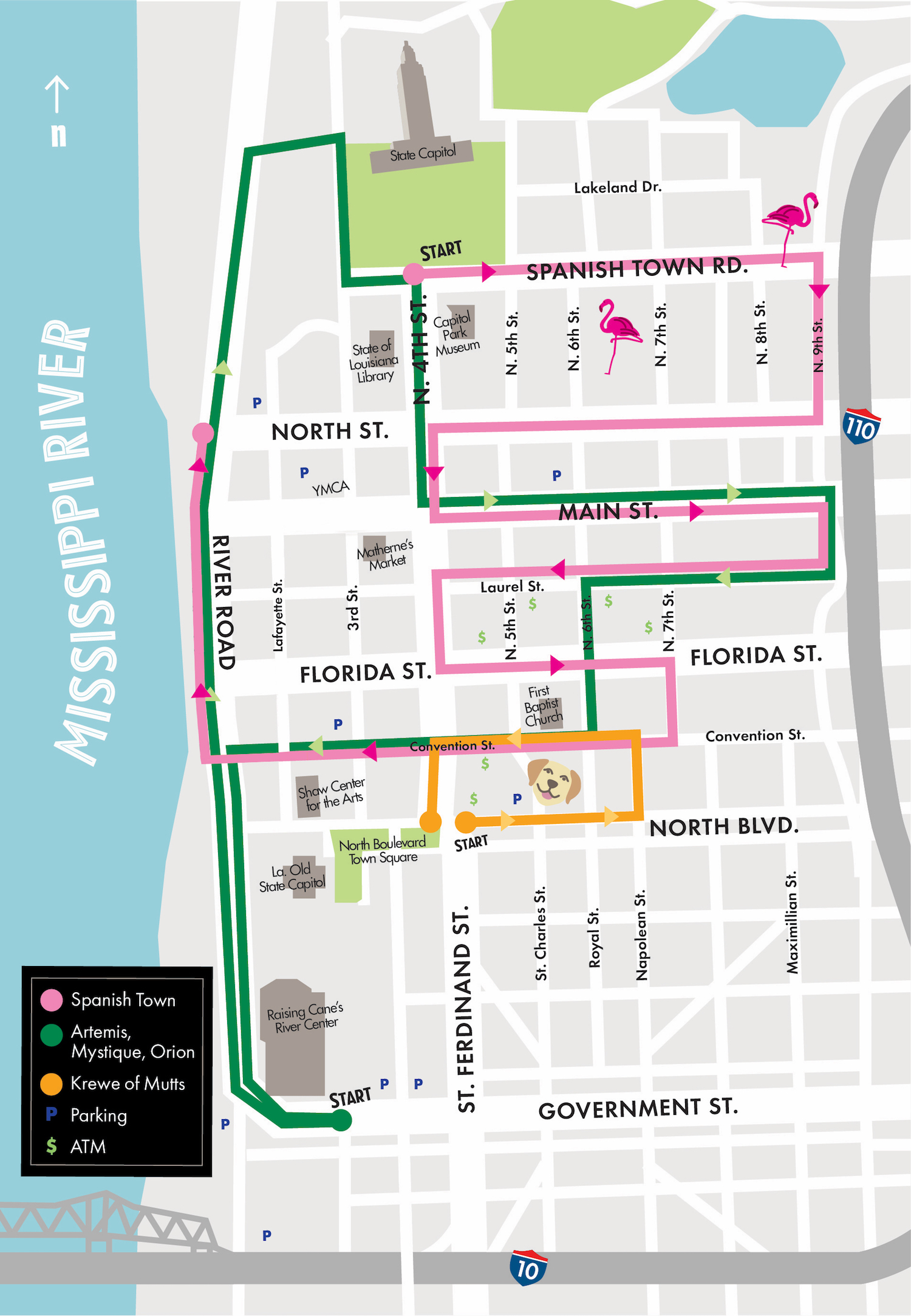 This article was originally posted in the February 2020 issue of 225 Magazine.