“Voices and Votes: Democracy in America,” a traveling snippet of a major Smithsonian exhibit now on display at the Old State Capitol, aims to answer these questions.

“The Smithsonian realized how important this [subject] is,” Clare Shelburne, the public programs coordinator at the Louisiana Endowment for the Humanities (LEH), says. “It made a whole separate entity to address this.”

The exhibit is part of “American Democracy: A Great Leap of Faith,” originally displayed at the Smithsonian National Museum of American History. It the traveled to Louisiana in April of this year, making stops in Ruston, Jennings and Denham Springs before opening at Old State Capitol on Oct. 29. Once it leaves Baton Rouge on Dec. 10, it will travel to Vivian through Jan. 23 for its last stop in Louisiana.

“Voices and Votes” takes viewers through the almost 250-year-old American journey of democracy, moving through multiple themes to help viewers visualize this journey. 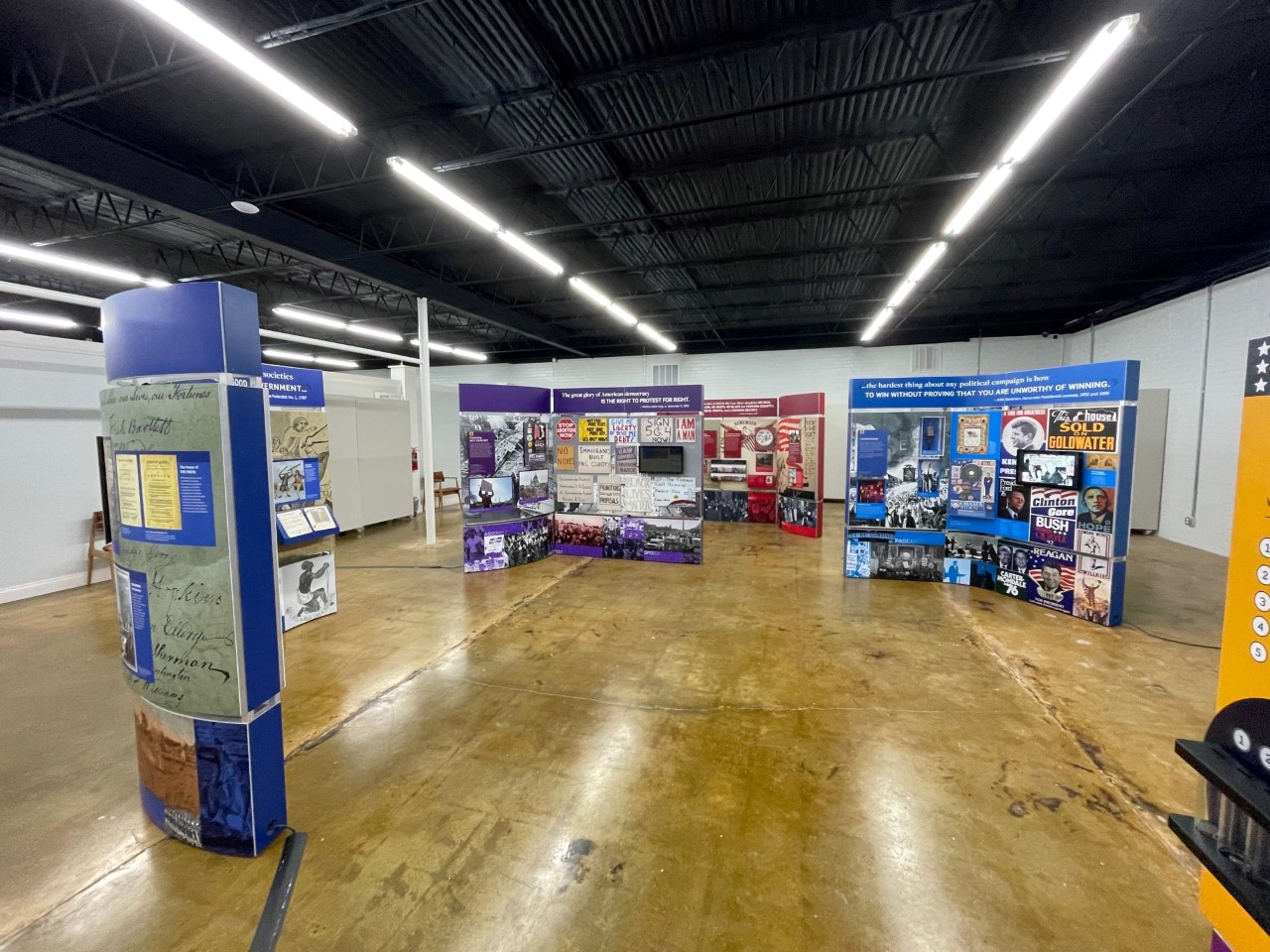 To begin, a portion the exhibit called “The Great Leap” tells the events that inspired the writing of the Declaration of Independence and the Constitution. It addresses questions like, “Who is included as ‘the people?'” and “How would their voices be heard?” Next, “A Vote, A Voice” moves the viewer through the evolution of voting rights and the fight for fair representation in America.  Other parts of the exhibit address how the political parties were formed, Americans’ right to peaceably assemble and petition, and their responsibilities as citizens.

The traveling exhibit is put on by Smithsonian on Main Street , which began its traveling program, Smithsonian Institution Traveling Exhibition Service, to make its exhibitions more accessible. The program cycles through different exhibits every few years. It partnered with the Louisiana Endowment for Humanities, a non-profit organization that represents the National Endowment of the Humanities, to bring “Voices and Votes“ to the state.

There are 56 humanities councils in the United States. LEH is running of “Voices and Votes” until it leaves the state and carefully chose which locations would get to host the Smithsonian exhibit .

“I’m really lucky to serve the whole state,” Shelburne says. “The Smithsonian project is a way I get to connect with people from all over the country.”

Institutions sent in letter of interests and applications to LEH. A selection committee, composed of various people throughout the state and the Smithsonian, then decided the best locations to present the exhibit.

Shelburne says each location gets to make the exhibit special in its own way. The Old State Capitol, for instance, incorporated Baton Rouge history into “Voices and Votes.”

“They inform us as to what they are going to bring to it,” Shelburne says. “The sites tell their own local stories.”