Editor’s note: Info is as of press time in mid April. Check with the organizations’ social media pages for the latest updates.

Concerns over the coronavirus wiped out Baton Rouge’s spring event roster. Some events were canceled with the possibility of being rescheduled for later this year. Are we in for a busy summer or fall? Here are a few canceled spring events to keep an eye on.

Mid City West Fest: This inaugural festival featuring Electric Depot and Circa 1857 vendors was poised to be one of the most exciting new offerings this year. Since announcing the event would be postponed, organizers have kept the Facebook feed active with video updates from some of the shops and creatives involved. Find the event on Facebook

Ebb & Flow Festival: The Arts Council’s spring ode to music, poetry, dance, and culinary and visual arts was set to feature musicians like Rockin Dopsie Jr. and Justin Garner, as well as art and food pop-ups. Look for programming updates on the downtown event’s website.  ebbandflowbr.org

Baton Rouge Blues Festival: Nearly 40 musicians were on the lineup for one of the Capital Region’s largest annual fests. Until a new date is announced, the Blues Fest has been holding livestreams of artist sets on social media. batonrougebluesfestival.org

Laissez-Faire Wine Fest: The city’s first natural-wine-centered event was originally set to connect winemakers with guests at Pointe-Marie this April. A new date has not yet been announced. laissezfairewinefest.com 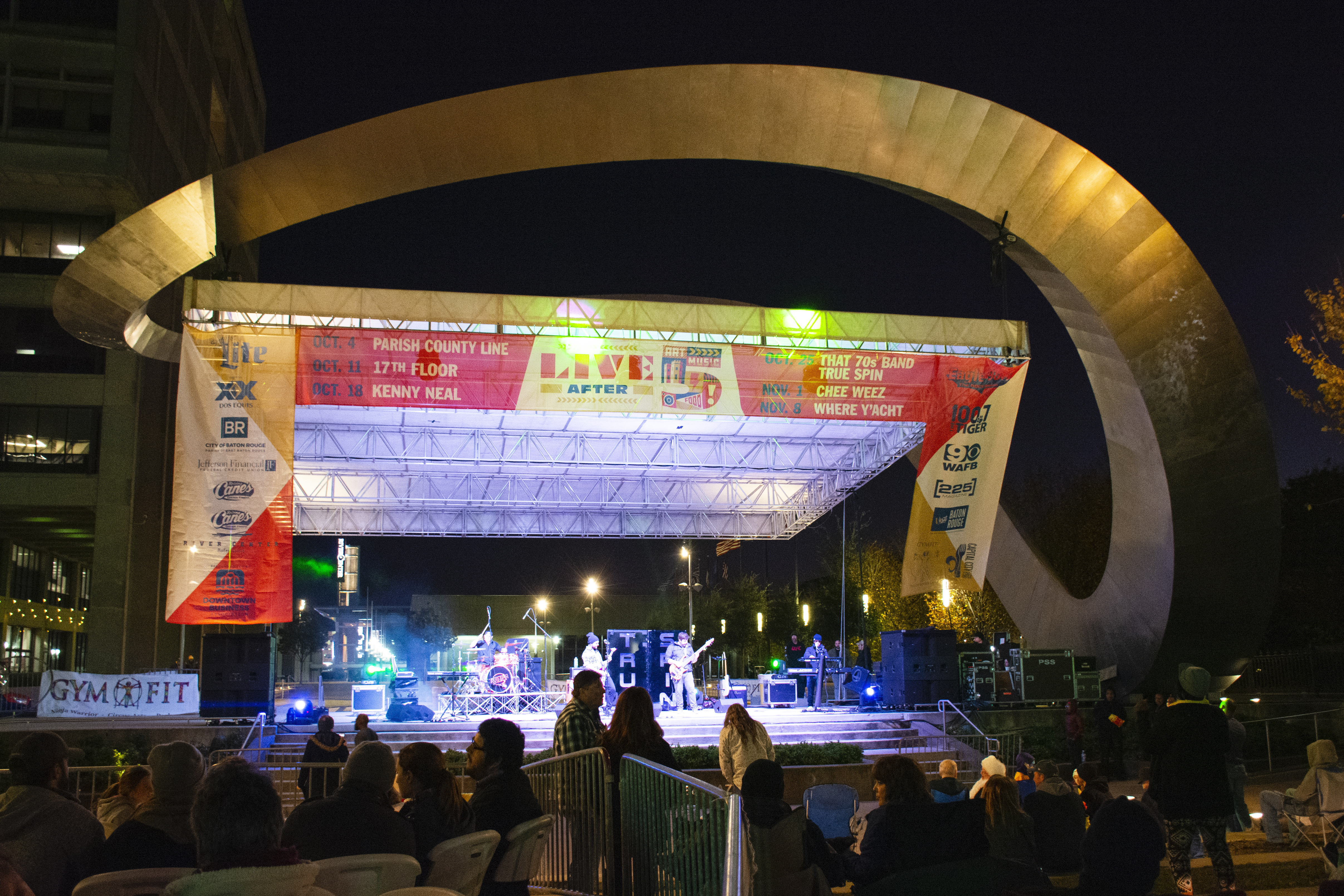 Perkins Rowe canceled its Rock N Rowe concerts through May 7. Live After 5 also postponed its spring lineup of March, April and May concerts. But both groups took to social media to stream live performances of local artists, and Live After 5 even created a Spotify playlist with tunes from its musicians.  Find the events on Facebook

Wearin’ of the Green Parade: The parade was the first major Baton Rouge event to be canceled due to coronavirus concerns back in mid March. Organizers promised to postpone to later in the year—rather than cancel—its St. Patrick’s Day festivities. Find the event on Facebook

Gourmet in the Garden: Whenever LSU AgCenter Botanic Gardens reopens, guests can hopefully look forward to a new date for this outdoor dinner party prepared by local chefs and mixologists. lsu.edu/botanic-gardens

Fur Ball: Planned for mid May, Companion Animal Alliance will now push its fun, fashionable pet-friendly gala to later in the year. furballbr.org

MAY EVENTS TO WATCH

Originally set for early April, the Ponchatoula Strawberry Festival was tentatively rescheduled to early May. If the event continues, it will give farmers an opportunity to share their spring bounty of Louisiana strawberries. Find the event on Facebook

The Baton Rouge Soul Food Festival’s Facebook group has stayed active this spring, buzzing with conversation about soul food in general. But no official announcement about the event had been published at press time. Find the event on Facebook

The Gin Blossoms are booked to headline the Baton Rouge Oyster Festival. The music and food festival also gives 20 different local restaurants a platform to serve their take on oysters. batonrougeoyster-festival.com

The Red Stick Farmers Market launched a drive-thru edition on Thursdays at Pennington Biomedical Research Center and Saturdays in downtown Baton Rouge to keep vendors and customers connected but safe. The new Market at The Oasis on Saturdays in Shenandoah has also continued with increased safety measures. Find the markets on Facebook

This month’s May 8 market was originally scheduled to coincide with the now-canceled Hot Art Cool Nights. If the market ends up also canceled, watch for another possible pop-up of its Quarantined Edition. On the day of last month’s canceled market, it posted links to maker sales and behind-the-scenes videos on Instagram. midcitymakersmarket.com

In need of locally created art or even handmade jewelry? Spend the morning at the monthly Baton Rouge Arts Market, held in conjunction with the Saturday Red Stick Farmers Market between Fifth and Main streets downtown, 8 a.m.-noon. artsbr.org

If you’re a sucker for sub pop, check out Philadelphia rock band Man Man as it takes the stage at Mid City Ballroom. midcityballroom.com

Be entertained by Casey Kelly and Leslie Ellis as they perform at the Red Dragon Listening Room with opener Ganey Arsement. Find the event on Facebook.