Much like the community events of 2020 that had to be canceled because of COVID-19, it was almost inevitable the 2021 Mardi Gras season would face uncertainty, as well.

Could krewes continue to host balls and show off newly appointed royal courts? Could families gather to watch parades throughout the Capitol Region?

New Orleans set the tone for a more subdued approach when its mayor announced in November that no parades would roll through the city streets in 2021. Still, the city promoted a “Not canceled, just different” slogan as it asked residents to submit ideas on how to modify festivities.

While Baton Rouge’s events are on a smaller scale, the impact of a canceled Mardi Gras would be felt from hotels and event venues to restaurants and bars. Many krewes also use their events to fundraise for local causes.

“Obviously, the impact will be large,” says Visit Baton Rouge CEO Paul Arrigo. “We have worked very hard to make Mardi Gras in Baton Rouge a destination for visitors … With all the uncertainty, we don’t know what will happen.”

For Joanne Harvey, captain of the all-female parading Krewe of Artemis, the upcoming season was set to celebrate the krewe’s 20th anniversary.

“We were planning for all of the past kings and queens to come back for the soiree,” she told 225 in November. “We just don’t want to compromise on the product we put out to the community. If that’s not something we can offer this year due to COVID, we’d rather push back to provide that experience the way we’ve always done.”

In the weeks after meeting with city officials, the krewes of Artemis, Orion, Southdowns and others all canceled their parades.

Spanish Town Mardi Gras organizers chose to cancel their massive ball but take a “wait and see” attitude for the parade.

The still-somewhat new Mid City Gras canceled its ball but is going forward with a modified parade where attendees could drive by decorated homes and businesses (read more on page 72).

We spoke to some krewe leaders to get their take on the upcoming Mardi Gras season.

Editor’s note: Reporting was as of our mid-December publication deadline. 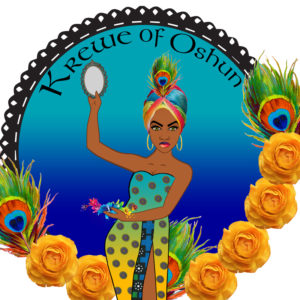 Known for: Launching its inaugural parade in north Baton Rouge in 2020

As told by organizer Byron Washington

“We wanted to see how the COVID-19 numbers were going. And then we also knew there was a financial component. We rely heavily on donations. We knew we wouldn’t get the same type of donations and participation.”

“We thought about a virtual party, and we may do it. It’s still weird because people have a certain expectation for Mardi Gras. It’s almost like if you’re not going to do Mardi Gras the right way, just don’t do it.”

“Once New Orleans canceled their parades, we knew we couldn’t control the crowd. That’s an influx of people who wouldn’t have a parade in New Orleans who would come to Baton Rouge. You can’t regulate who pulls up to your parade. We want everyone to be safe.”

“We’re focusing on 2022 for a bigger and better parade … I think we’re going to have to be real strategic with planning as far as safety. For us, this time will allow us to catapult the experience. We have artists who want to perform and people who want to be grand marshal.”

Update: The Spanish Town Mardi Gras Parade has officially been canceled. Officials hope to reschedule the parade later in the year. Read the full story here.

Known for: Being the largest and most irreverent downtown parade

As told by president Robert King

“We can still have a parade this year, as far as I know. We’re brainstorming socially distant ideas.”

“We have been planning all year. Krewes are interested in the parade if we have it. We’re basing it off of government regulations and COVID numbers. If we can do a parade, we donate to charities. If we don’t do a parade, we aren’t able to give charities a check every year.”

“I hate being in limbo. I get people asking me daily about the parade. Up until [late November], we were considering doing the ball. But there were so many regulations.”

“2022 ought to be back to normal, unless the country goes to hell in a handbasket. Once I get the board to agree, we will put our decision out there.”

Known for: Being the city’s only all-women parading krewe, celebrating its 20th anniversary in 2021

As told by captain Joanne Harvey

“We literally plan for an entire year for our events. For the ball, we have our dates planned out for the next three years. Everything was ordered; everything was already done. We knew that if we could parade, we would. If we couldn’t, we are going to push back to 2022. I’m not willing to change the integrity of the product that we give our members and our public. It’s not in the true essence of what Mardi Gras is.”

“The biggest, hardest part for me is: I’m a planner. COVID has made being a planner very difficult. I’ve been captain since Artemis’ inception 20 years ago. Sadly, this is out of my hands, and I can’t give my members an answer other than we are doing everything we can and paying close attention to CDC guidelines.”

“I don’t think things will have to change as long as everything we are being told by the CDC in terms of vaccinations happens. I am hopeful it will not have an impact for future years, and we’ll be able to have that same quality product.”

It’s not all doom and gloom for Mardi Gras season. Mid City Gras plans to host a reverse parade on Feb. 7. Mid City krewes can register to decorate their homes or businesses in a “maskparade” theme, and locals can drive by and view the decorations from their cars.

“We thought this would [be] a safe and responsible way to celebrate,” Twanda Lewis, president of Mid City Gras, says in a press release. “We want to inspire creativity and uplift the community during a difficult time.” A map listing the participating krewes will be available at midcitygras.org.

Krewe of Orion ball and parade

Krewe of Artemis ball and parade

Krewe of Southdowns ball and parade

Mid City Gras parade (A reverse parade is set for Feb. 7. Its ball is canceled.)