An entire underwater world has come alive—and it’s at a mall, of all places. 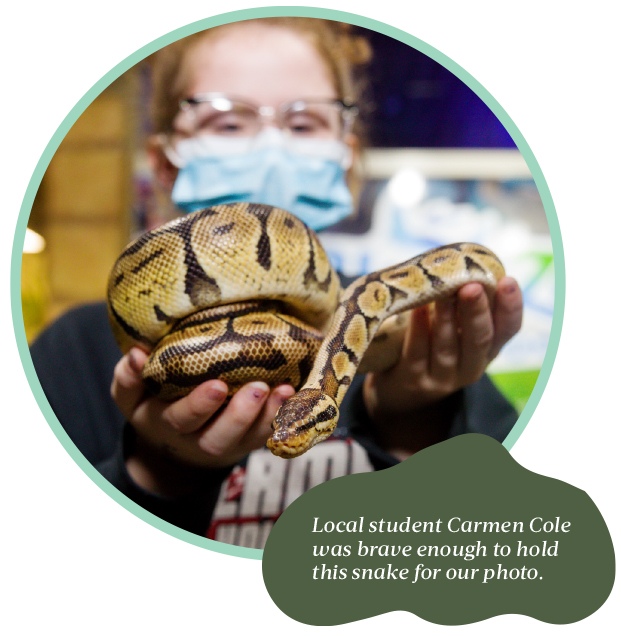 The Blue Zoo interactive aquarium opened at the Mall of Louisiana in April, welcoming all ages to enjoy an immersive look at life under the sea.

The aquarium is easy to find. Its bright blue windows stand out against the mall’s neutral tones, with colorful murals beckoning visitors inside.

The real attraction is, of course, the underwater animals.

Towering tanks house rainbow coral and bright tropical fish that zoom back and forth behind the glass. The touch pools are filled with friendly marine life, such as starfish and stingrays.

The list of creatures to see is enormous. The underwater animals include fish like tangs, puffer fish and clown fish, jellyfish, stingrays, octopuses, starfish, seahorses and even sharks.

And the sights don’t stop at aquatic animals. The aquarium has several interactive play areas, houses parakeets in an interactive bird aviary, and even keeps reptiles like tortoises and snakes.

The creatures hail from all over the world, including 20 different countries, says founder and CEO Wesley Haws.

Haws first became interested in aquariums when he started building his own personal fish tanks in 2013. He then began building custom tanks for clients. After teaming up with a friend, Haws opened his first public aquarium in 2018 in Idaho Falls, Idaho. He then decided to take his aquarium idea into the for-profit arena, opening the first Blue Zoo in a mall in Spokane, Washington, in 2019. 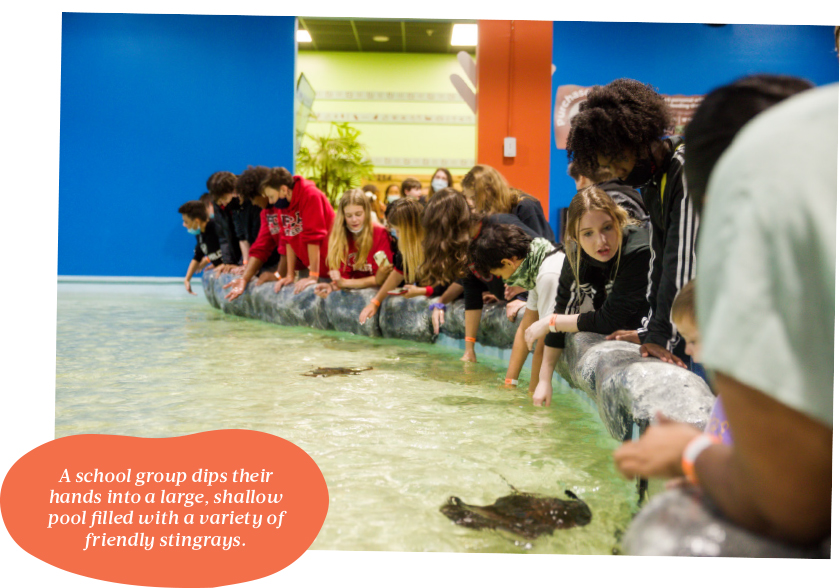 “Malls have space,” Haws says, “they need to bring back traffic.”

At the Mall of Louisiana, Blue Zoo takes up a sprawling section that was formerly home to Hollister Co., Gameware and Nawlins Sports stores.

Haws decided to bring the concept to Baton Rouge after teaming up with a research company to analyze cities with almost 1 million people and no aquariums within a couple of hours away. Louisiana’s Capital City was on that list, Haws says. And with lots of young families, it was a perfect fit.

“Big public aquariums are great, and you can see the animals that are rare,” Haws says, “but a lot of younger kids just walk through, and that’s all. We want them to have a hands-on learning experience.”

Blue Zoo has four shows a week: a mermaid show, where kids can take pictures with mermaids; a pirate show, where customers can watch a choreographed sword fight; a dive show and a live shark feed.

Along with the interaction visitors gain, Haws hopes the experience will leave a lasting impression on even the youngest guests.

“It’s really about young kids having a hands-on learning experience,” he says. “We give them a little bit more, so that they can really connect with nature and with animals. I think those kids connecting with animals will help them to be the people that save our planet one day.”

Blue Zoo is located in the Mall of Louisiana near Dillard’s. batonrouge.bluezoo.us