There are only two small windows in Apartment 22. But where some might have seen a design challenge, Tyson O’Brien saw opportunity.

He created his own natural light in the Acadian Thruway one-bedroom condo, by turning vibrant, large-scale paintings into wallpaper and painting every surface a deep, Hawaiian Punch-blue.

It was his way of rejecting what he calls “The Great White-Out” that’s dominated mainstream design over the last half-decade.

“Everyone is just doing white on white on white,” he says. “As a designer and a builder, you see so many shades of white, it starts to make you sick.”

In small-space, low-light settings, some might think a lighter palette is the key to brightening things up. But it’s actually a chance, he says, to do the opposite: Go dark, and go bold. 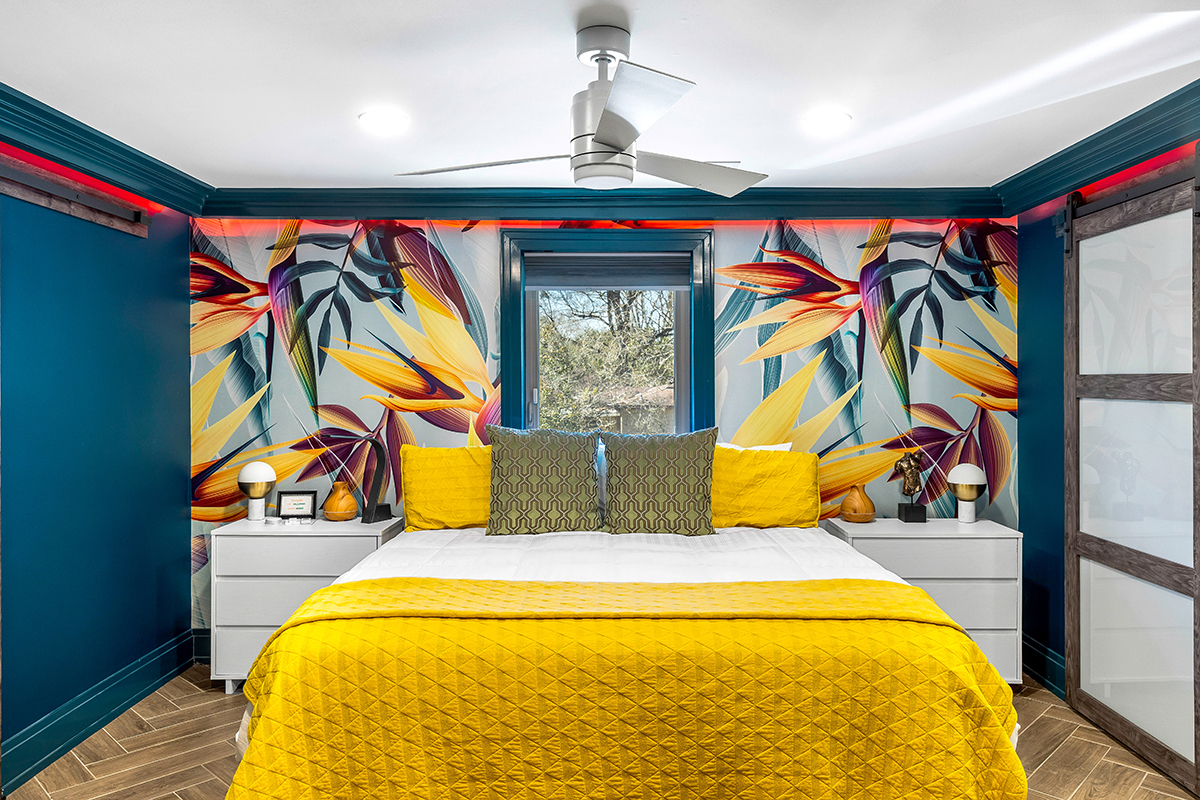 O’Brien is a licensed Louisiana architect and contractor. He moved from Texas to Baton Rouge in 2002 to study construction management and architecture at LSU. Afterward, he stuck around, immersing himself in the community, where he’s currently the sitting president of the Mystic Krewe of Apollo.

More recently, he’s turned his attention to rental homes. He has a short-term rental house in the LSU Lakeshore area as well as Apartment 22, which goes by “The Queen of Mid City” on Airbnb. 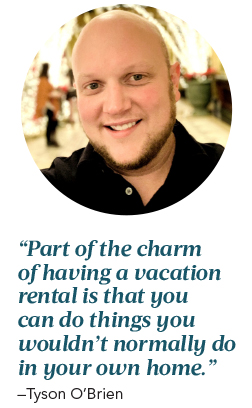 O’Brien finished renovations and started listing the condo on vacation rental sites about a year ago. There are plenty of lessons to take from its upgrades. He aimed to refinish the condo as sustainably and budget-consciously as possible.

He used remnant lumber for all the trimwork. To save on countertops, he selected granite slabs that were partly unpolished—they are weathered, he says, but still just as beautiful. He purchased many of the finishes and appliances from hardware stores like Home Depot and Lowe’s.

He focused the rest of his budget on making the condo feel like an escape from the outside world. In the bathroom, guests can choose between a double rainshower or a farmhouse-style soaking tub. In the bedroom, a pull-down projector screen serves as a built-in entertainment unit instead of a bulky TV. In the powder room off the kitchen, O’Brien had one of his favorite paintings, Gustaf Klint’s “The Woman in Gold,” printed as a floor-to-ceiling wallpaper. 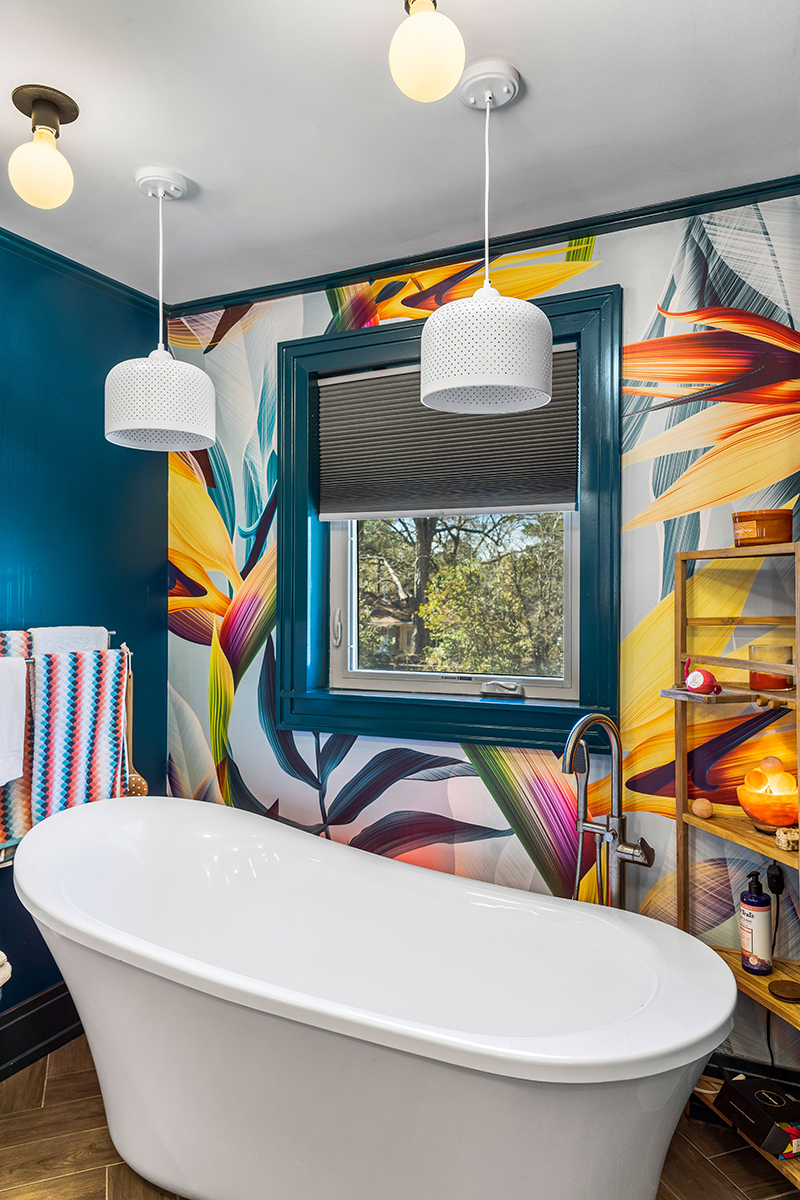 “Part of the charm of having a vacation rental,” he says, “is that you can do things you wouldn’t normally do in your own home.”

And that vacation rental charm is perhaps most on display in the bedroom, where a bird-of-paradise patterned wallpaper makes the “Queen of Mid City” come alive. Lush flowers snake across the walls in rich oranges and sultry reds. It feels almost like being transported to the wild, where the bird-of-paradise can reach heights of 30 feet.

In fact, some even call it the “queen” of the plant world.

Is your back yard living up to its full potential? Sponsored by Pinnacle Construction