Before Anthony Ranaudo was an MLB pitcher, he was a kid with a card collection.

He remembers spending hours stocking up on everything from baseball to Pokemon cards. The hobby was sidelined at the start of his professional sports career, but resumed amid pandemic boredom.

“When I started doing signings, I saw a different aspect of the hobby,” says the LSU grad. “Now being on the hobby side again, I thought to myself, ‘This could be a better experience for the consumer and the athlete.’”

His solution: Cards and Culture, which started as an online store centered around sports cards, memorabilia, streetwear, art and more. This summer, he and co-founder Vittorio Fragale opened the brand’s first brick-and-mortar shop inside Perkins Rowe.

From 2010 to 2017, Ranaudo’s baseball career took him to signings all across the country while playing for the Red Sox, the Rangers, the White Sox, the Lions and various minor league affiliate teams. 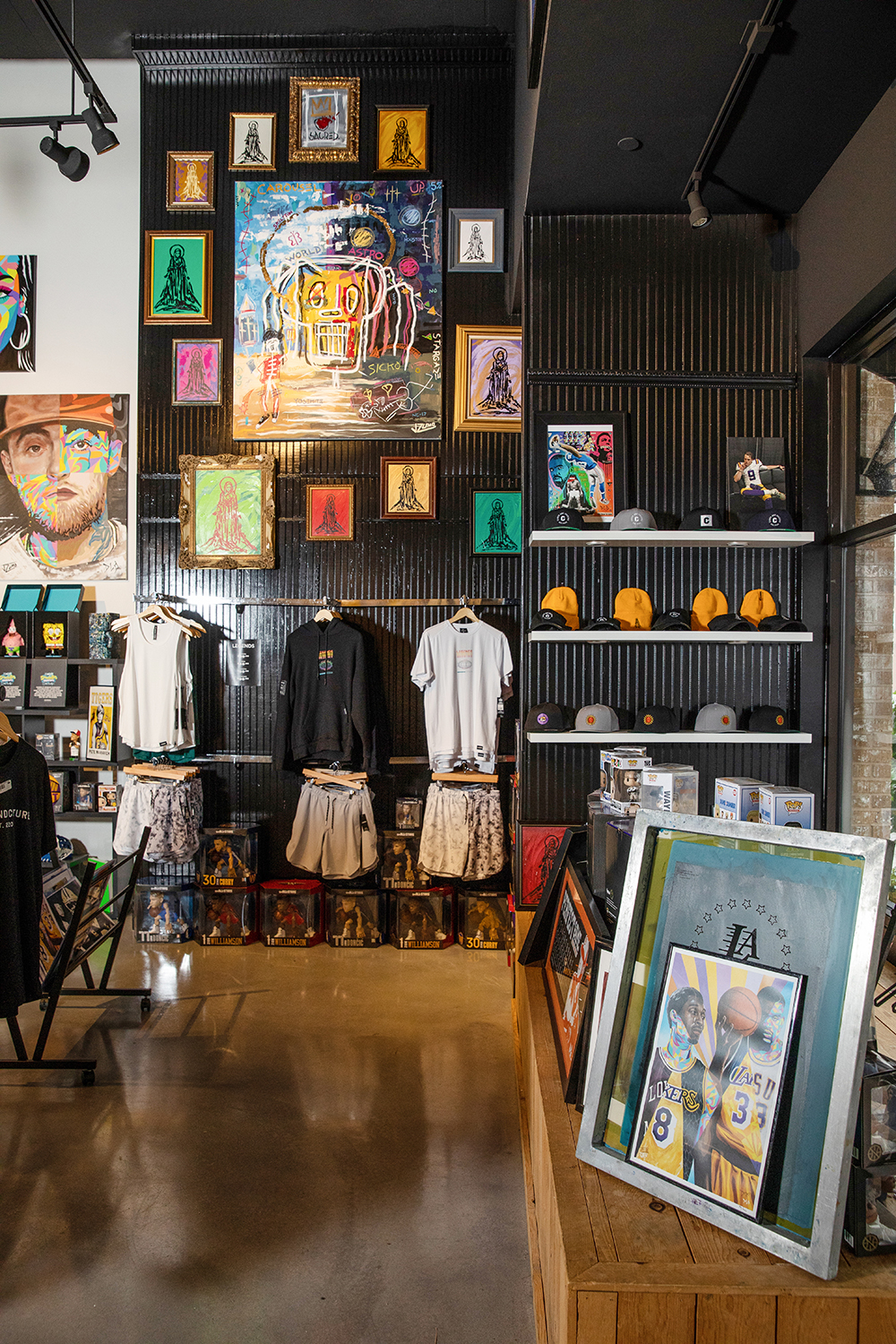 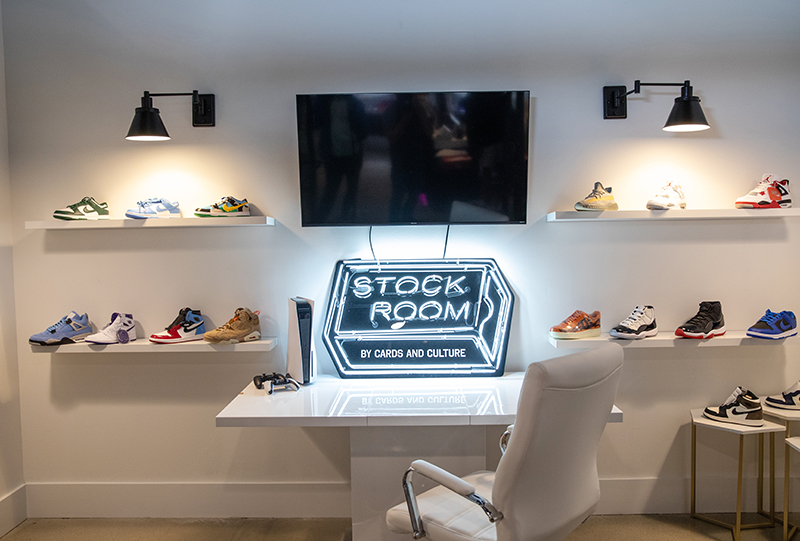 During that time, Ranaudo encountered collectors who cared less about meeting their sports heroes and more about reselling autographed items like cards, posters and other memorabilia for a quick profit. It wasn’t uncommon, he says, to meet fans with insincere intentions at any given location.

Now, Cards and Culture aims to strengthen a sense of community within the collectors’ world.

Its physical location features space where customers can create or interact with multimedia content, such as gaming and streaming. A Twitch lounge with an Xbox and Playstation allows gamers to upload their footage immediately after playing. There’s also a recording studio Ranaudo uses to create his sports and business podcast, The Up and In Show.

It’s plenty of space to host athletes, entertainers and other public figures, bringing people from all around the country to Baton Rouge.

Cards and Culture also serves as an alternative investing platform, where shoppers can invest in a range of collectibles. By telling a story through his products and hosting community engagement events, Ranaudo hopes young collectors will build a deeper connection with a sneaker, a baseball card or an art piece, while also viewing it as an appreciable asset similarly to how they might think of a currency like Bitcoin. 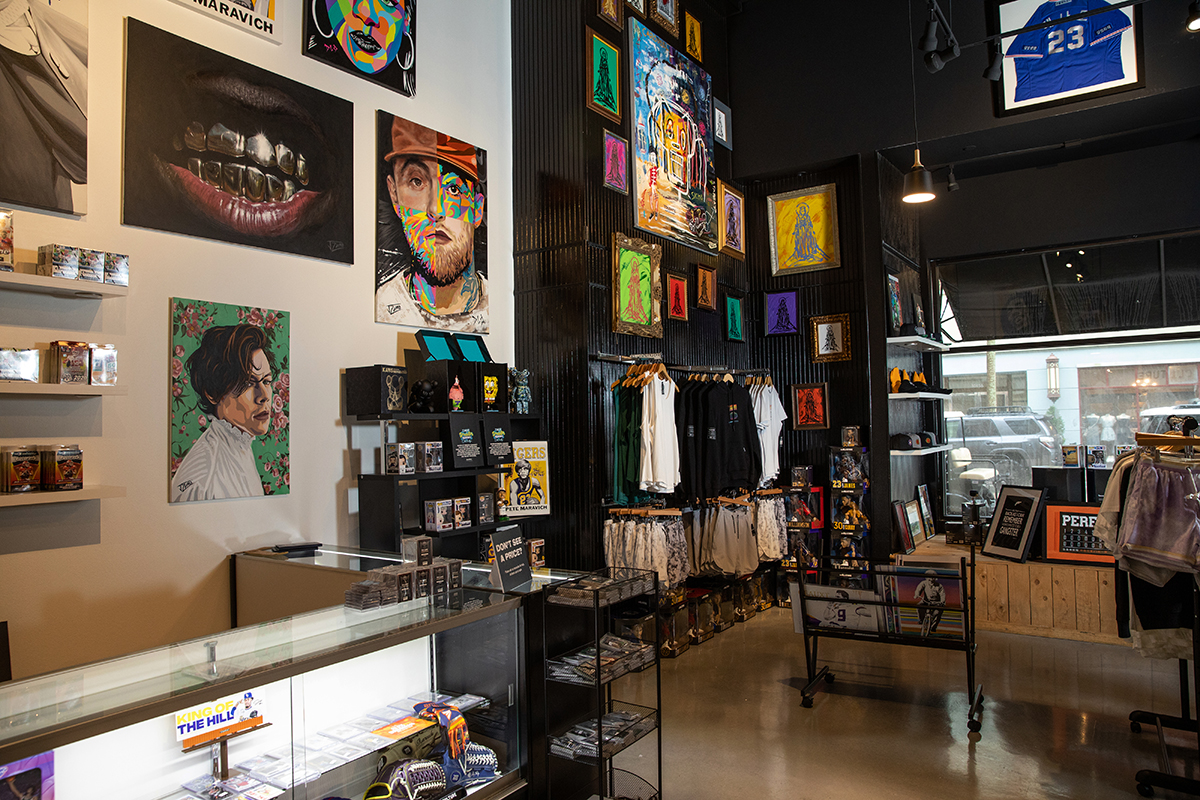 “The best way I would describe (Cards and Culture) is a community destination for all things collectibles,” Ranaudo says. “We want to create a positive space for shoppers, for influencers, for athletes and entertainers.” 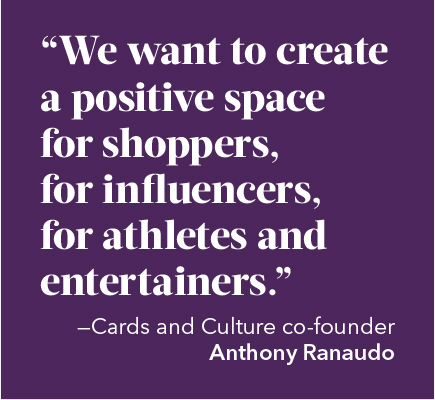 Ranaudo is no stranger to entrepreneurship. His gym, F45 Training City Square Baton Rouge, inspired him to view his card collecting hobby from a business standpoint. He says Perkins Rowe was the perfect location for attracting foot traffic and hosting events.

Pitching for LSU baseball from 2008 to 2010 made Ranaudo a lifelong Tigers fan. The store’s extensive collection of LSU-themed artwork and sports memorabilia displays the passion he has for his alma mater. Visitors can even expect some local collegiate athletes to make appearances at the store.

“I saw the way we were building up a community (within the gym),” Ranaudo says. “I thought it would be fun to do this as a community—and tie in LSU sports.” cardsandculture.com

This article was published in the September 2021 issue of 225 magazine.