Local luxury watch and lifestyle brand R. Burnett Brand was born during a time of uncertainty for its founder, Richard Burnett Jr.

When he conceived the idea for the company, Burnett was a high-profile sales consultant for Carmax. He was the top salesman in the region and traveled frequently between Carmax locations to offer his services. He had income enough to cover his expenses and then some. He was comfortable.

A business-minded individual from an early age, Burnett says financial stability had always been a priority. So, when he was fired from his position at Carmax in August 2019, he fell into a crisis—not just for himself, but for his family, as well.

“I had to have a choice between sinking and swimming for glory when it came down to my next step,” Burnett says.

So, the then-25-year-old Baton Rouge native diverted all his energy to the fledgling R. Burnett Brand. At that point, he says, it was the “only option.”

Today, R. Burnett Brand sells men’s and women’s wooden watches crafted in an array of distinctive styles from materials like African sandalwood and ebony wood, all of which Burnett designs himself. The brand also sells T-shirts, hoodies, and stainless steel and zebra wood bracelets. The watches are sold online and in retail stores in Alexandria and Monroe. 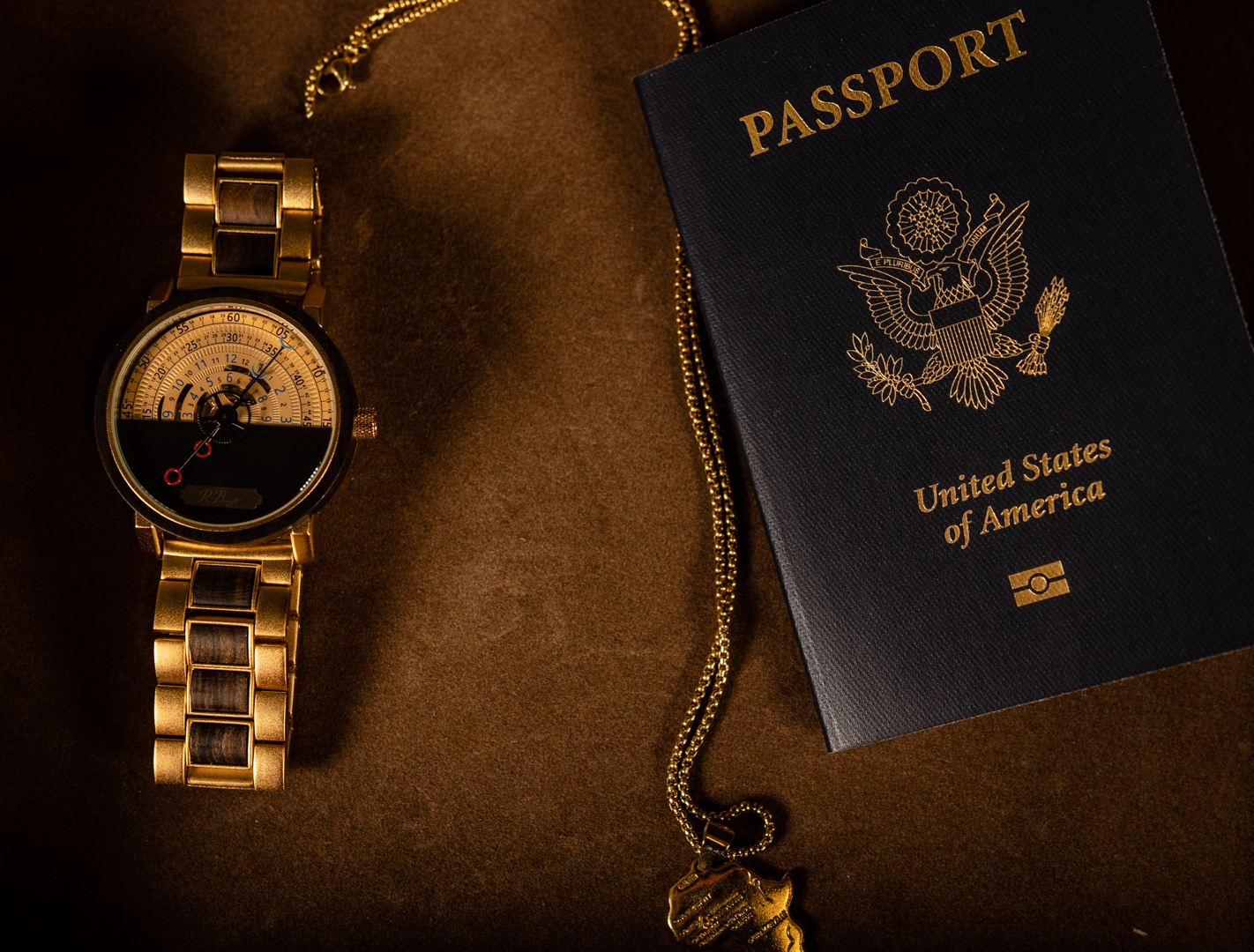 Now, the brand is a hit, with mentions in GQ, Tatler and Hinton magazines and has made sales across the country.

Burnett says the strength of the company’s brand identity has been just as instrumental in its success than the quality of its products. He’s taken great care in designing the company as a lifestyle brand; he doesn’t just want people to buy the watches because they’re good watches, but because they represent a brand the customer can be proud to represent.

“I never wanted anybody to feel sold to,” he says. “I want them to feel like this is a part of (their) lifestyle.”

In just two years, Burnett has experienced a dizzying ascent from joblessness and desperation to owning and operating a successful company—and better yet, one that embodies his ideals of innovation, forward thinking and, of course, style.

“Everything is pretty much surreal to me,” he says.