Rozlan Fransen treats her plants like people. She feeds them, monitors their behaviors and gives them plenty of sun and water. She’s been a “plant mom” for more than four years and says she can diagnose a succulent’s condition just by looking at it. As the owner of Baton Rouge Succulent Co., Fransen spends most of her time with plants. At the shop, locals can find everything from viney hanging plants to tall fiddle-leaf fig trees. 225 spent the afternoon with her for a crash course on how to take care of plants. 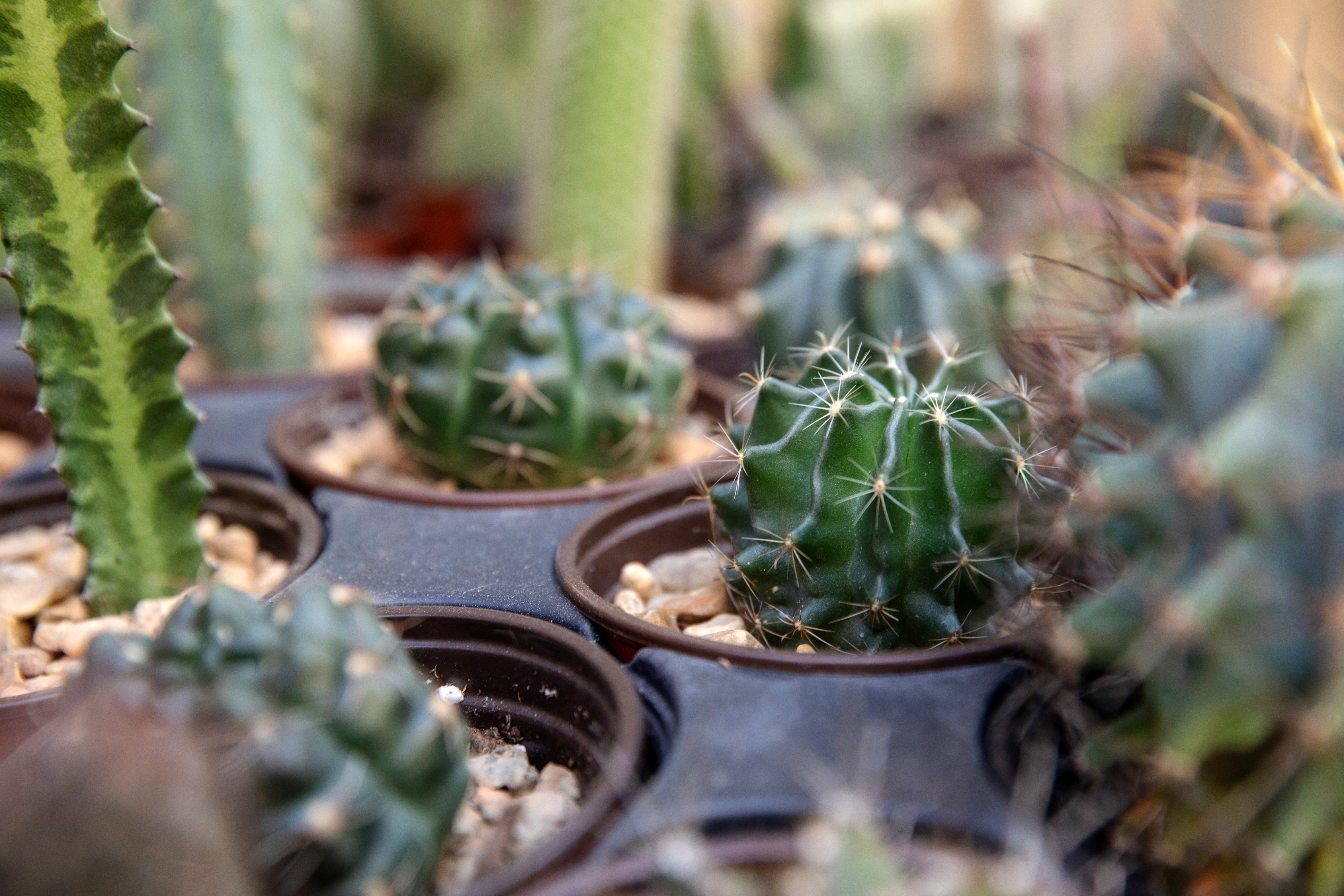 Plants want to be completely saturated, and then allowed to dry out. If you can push the dirt away and the soil’s still dry, keep watering it. Succulents need to fill their leaves up with that water.

If the soil’s wet, I don’t water it. Specifically for succulents: When in doubt, don’t water. They are very prone to root rot because they hold so much water that they use as storage until their leaves are in need of more. They don’t want wet feet. Most plants are like that. Every plant wants saturation and needs to drain.

The most common area where people go wrong is lack of light. You’ll earn some leeway on everything else if your plant is in the right light. Morning sun is best for every type of plant. Louisiana’s hot summer sun, come June, July, August, September, can be a little too intense, even for succulents. If they have been completely acclimated, and they’ve been in full direct sun all year, then they’re going to be a little bit more tolerant of it come hot summer.

If you can read a book comfortably without a lamp on, that’s enough light for a low-light plant. There are specific varieties that are going to be more tolerant to low light: succulent-wise, the sansevierias—including the mother-in-law’s tongue, bird’s nest, aloe, jade and angel wing begonias. Outside of succulents, pothos and air plants are also lower-light tolerant.

Succulents want a fast, well-draining soil. We use a variety that has a lot of bark, so it allows for aeration. Other plants don’t mind the richer soils that hold the water a while longer. Their leaves are thinner, so they don’t hold as much water. They need to suck up more water over a longer period of time, but they still don’t want to be soggy.

You only need to repot your plants when they’re starting to outgrow their current home. If you can still see room to grow, the plant doesn’t need repotting. Repot in the spring and early fall. Don’t repot when it’s super hot—it will shock the plant. Increase pot size gradually. You don’t want to jump from a 4-inch to a 10-inch pot, because the plant’s going to focus all of its energy on growing roots instead of stabilizing and growing its foliage. If it’s in a pot that’s too big, it’s also not going to dry out as quick.  If you take a plant out of a pot and the roots are compressed, I like to spray it with water to loosen up the soil and massage the roots so they are not so tight. You don’t want to knock all the soil off, because that’s also going to shock them. You just want to get the roots loose enough to start growing into the new home. 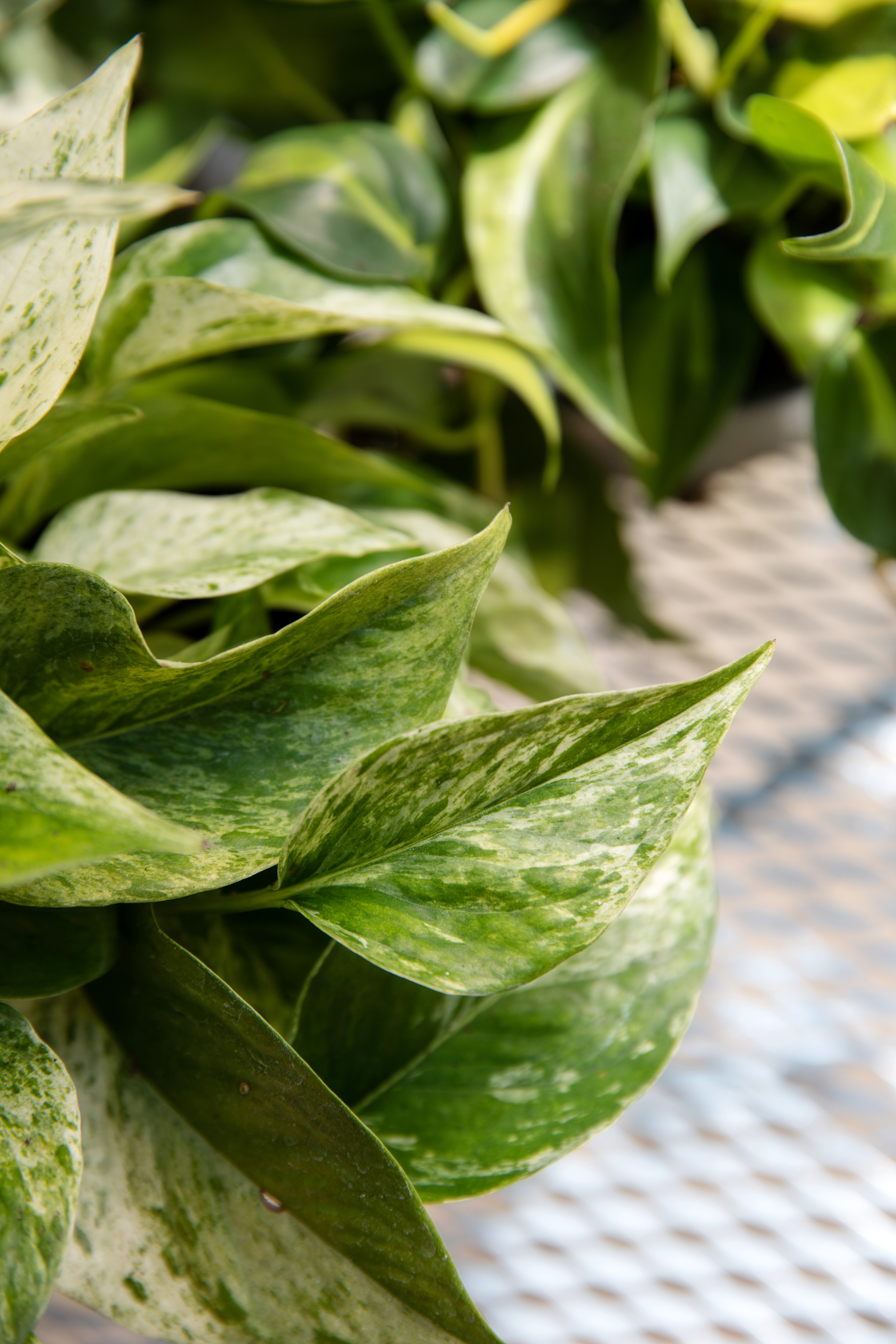 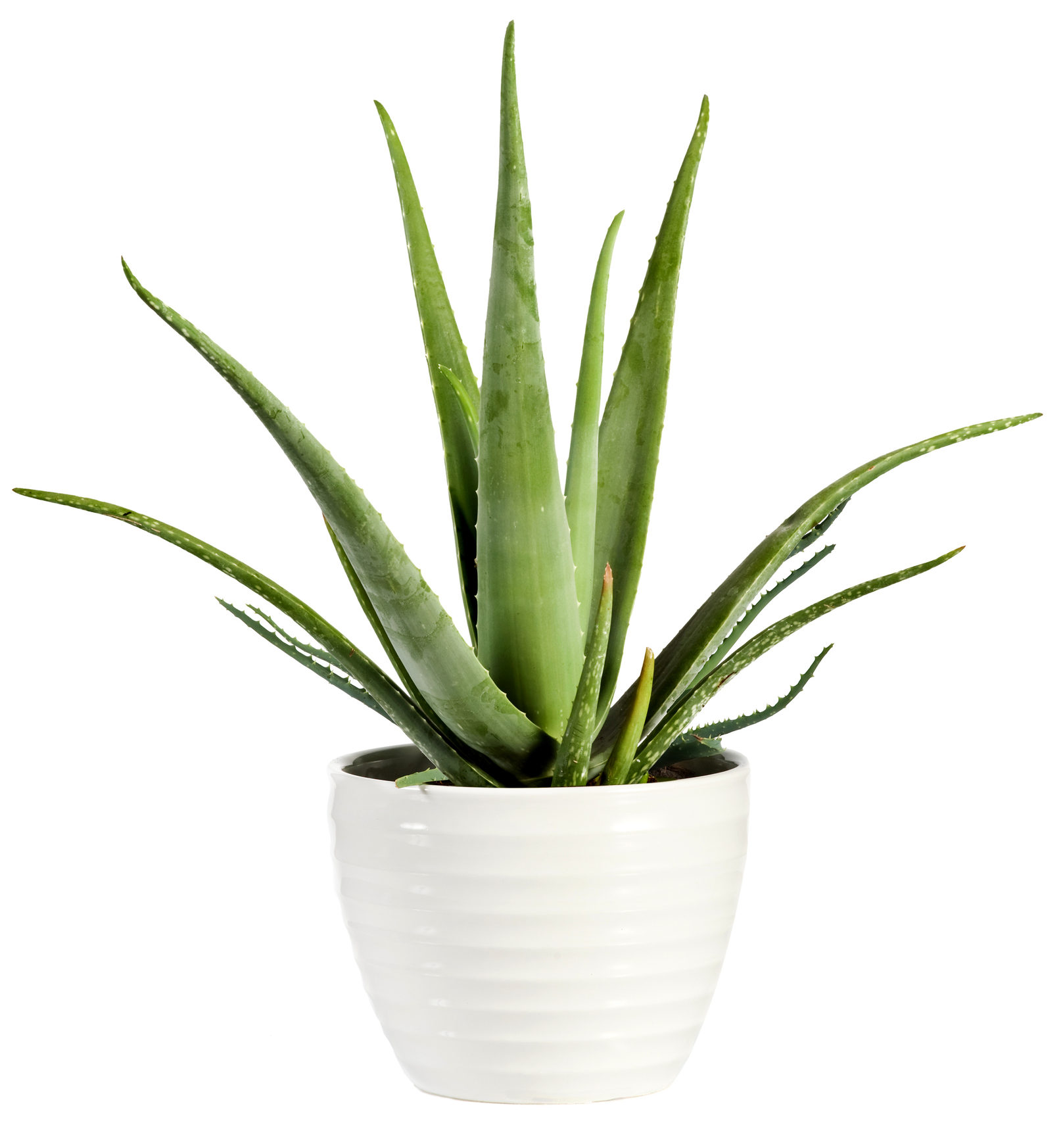 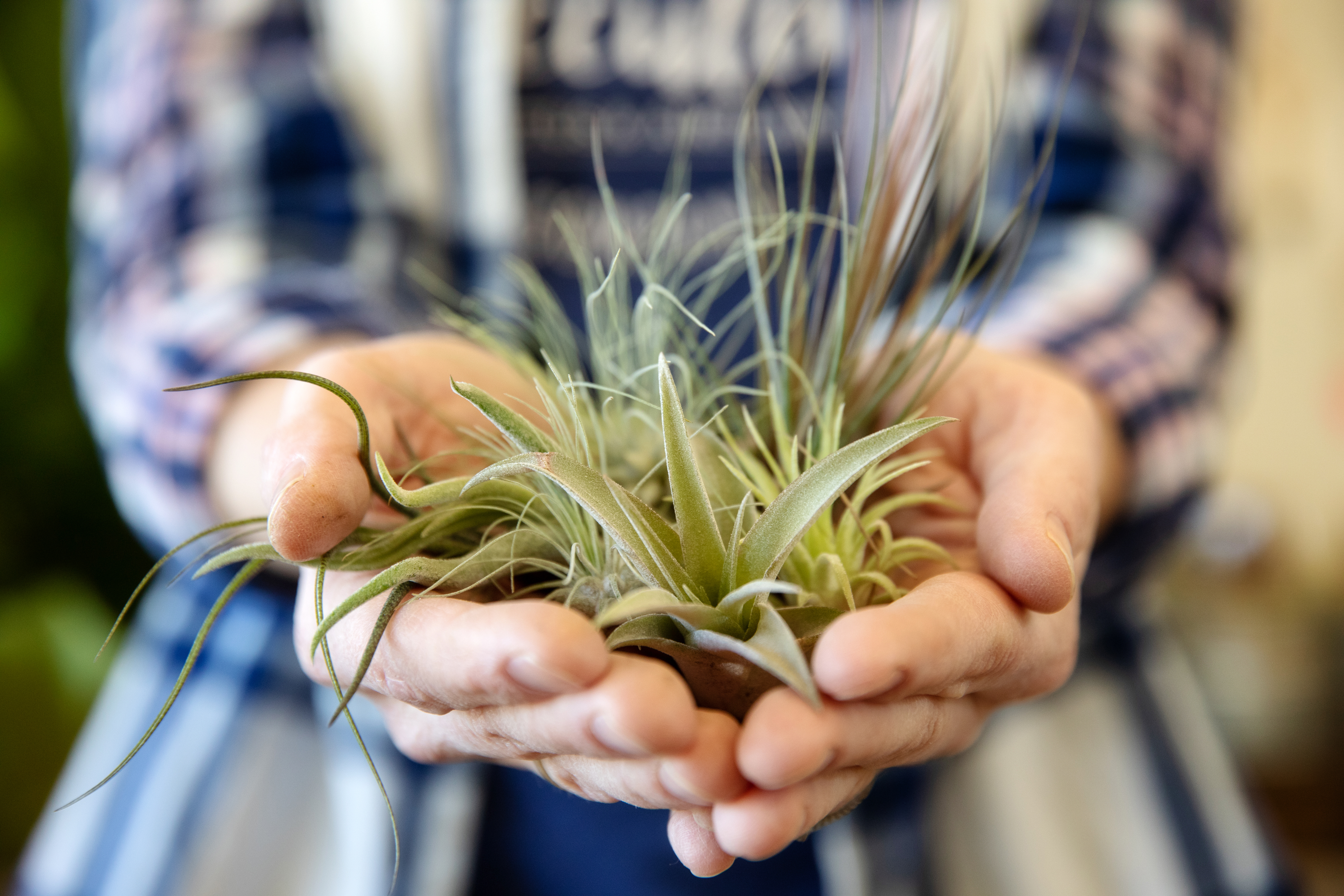 Air plants get their nutrients from the air. They like to be misted or soaked. Fransen recommends soaking them for 5-7 minutes in a bucket of rainwater and shaking them off once a week.

Pothos plants will tell you when they want water. Their leaves droop when they’re thirsty and pop back up after they’re watered.

Sansevieria plants only need watering once to twice a month. They love dry air and require little maintenance. 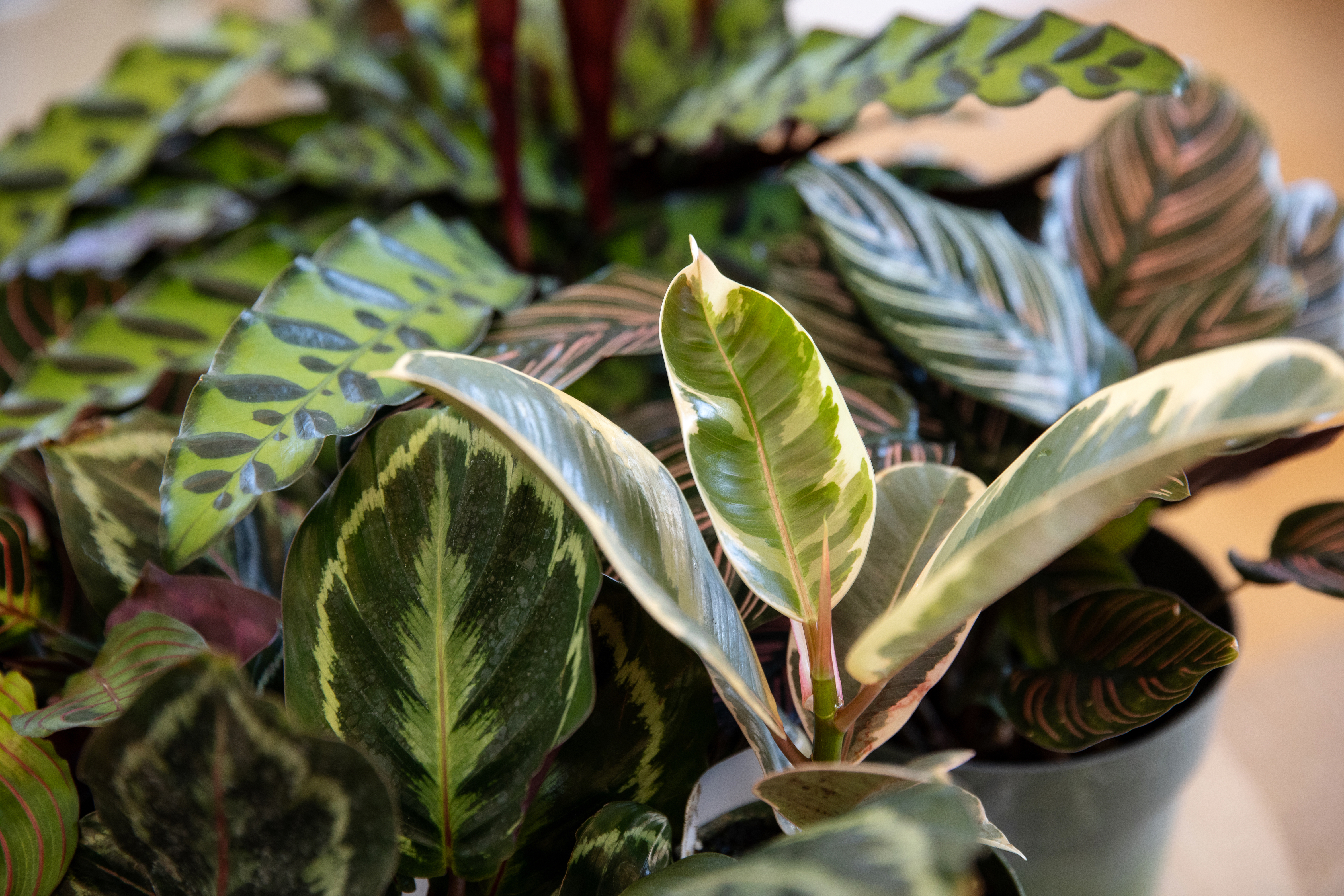 Whether you’re looking for a funky plant with a distinct pattern or an oddly-shaped succulent, here are a few interesting picks.

SIGNS YOUR PLANT IS DYING How to save it: Move your plant so it’s getting ample light and water it more often. Or if the soil is still moist, allow your plant to dry out. Leaves can also fall due to overwatering.

How to save it: Cut off the head and re-root it. Place the base of the head in the soil enough to start forming roots underground. The stem of the mother succulent will callus where the cut was made and continue to grow in other areas.

How to save it: Take it out of the pot and let the roots sit on a piece of cardboard to dry out for 24-48 hours or until it’s not as soggy and wet. Then return the plant back to the pot. The yellow leaves will eventually fall, but drying the plant out quicker can prevent root rot and save it.

How to plan your costume for the Surreal Salon Soiree

Where to shop local arts markets for holiday gifts this season