When Acadian House Design & Renovation purchased its show house, its own designers became the clients.

The design firm split into teams of two. Each team tackled a room in the four-bedroom, two-and-half-bathroom house in the Lakeside neighborhood.

“It was one of the first times we were able to call all the shots,” says Adele Merchant, who co-designed the master bathroom. “So we wanted to just show different design elements Baton Rouge doesn’t see very often.”

In the bathroom, Merchant envisioned a space that was equal parts soothing and tailored. A cramped closet was removed to make way for a soaker tub. A dreary dark shower was converted into an open-concept shower roomy enough to house a marble bench.

The room’s statement makers? Patterned marble walls over the sinks, a chandelier over the tub, and dark floating cabinets. They’re grounded by matte gold hardware and tiling in varying shades of greige.

Behind all the bold design, some of Merchant’s favorite moments are the ones you can’t see at first. Hidden storage in the shower and a nook with gold-trimmed shelves floating over the tub offer function and style.

“I think a lot of people are afraid to use color. Don’t be,” Merchant advises. Instead, she says, “Start small. Try painting cabinets or a wall, or incorporating a brightly colored backsplash.”

A little, after all, goes a long way.

ALL THE BOLD DETAILS
Scenes from the home’s other rooms 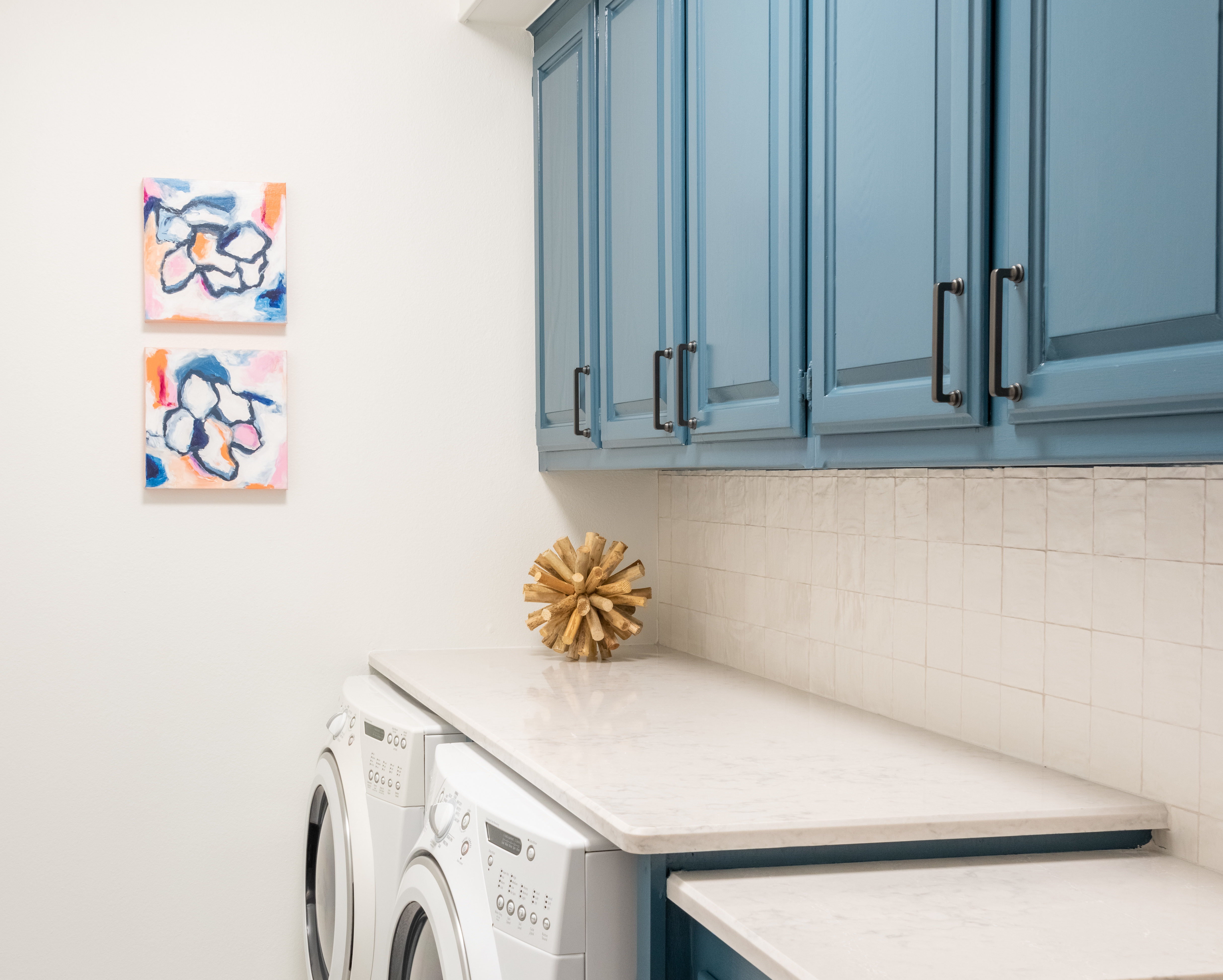 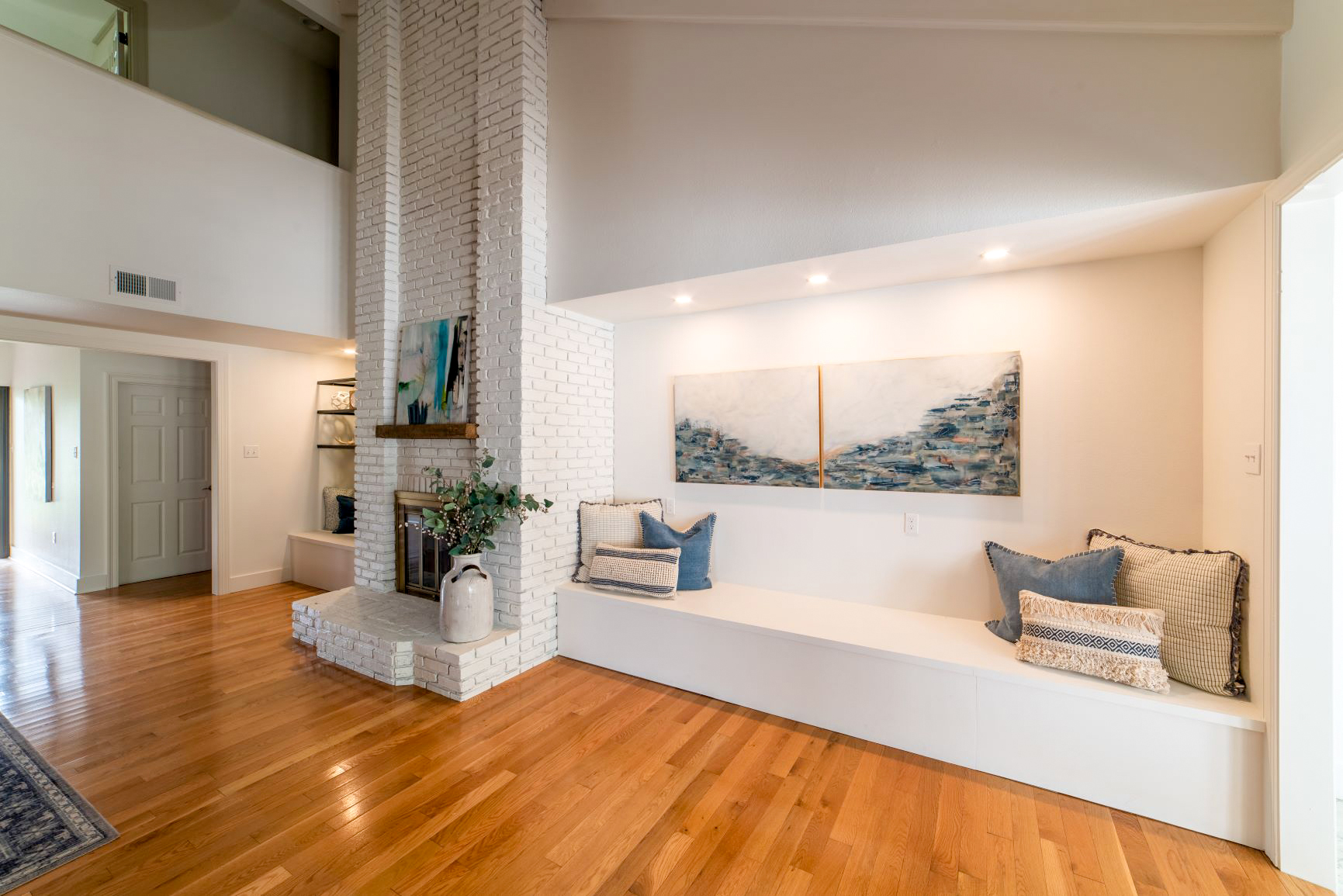 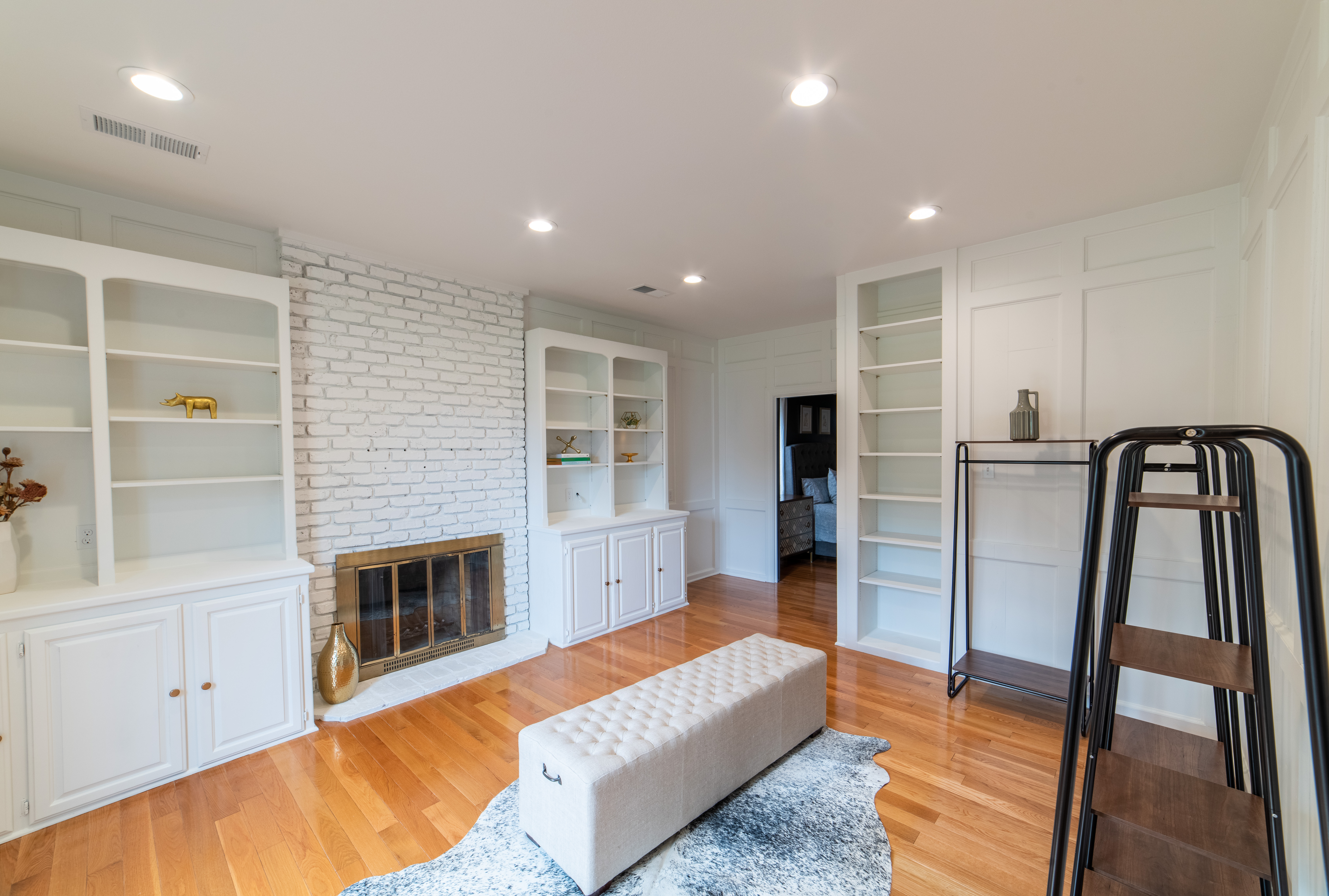 This article was originally published as part of the April 2020 cover story of 225 Magazine.