Randee Gagnon has had pampas grass growing in her yard for 10 years. But lately, the feathery plant is becoming especially useful.

“Originally when people would think of dried flowers, they’d think of dried baby’s breath or something that’s really rustic and country,” says Gagnon, owner of the Floral Cottage Florist. “But this latest dried floral trend is not that at all. It’s a way to get different colors or textures that we’re not used to.”

Here’s the funny thing about pampas grass: You already know it well. You’ve seen it framing the pavement on 1-10 and towering over fences in the suburbs.

But when this once-pedestrian plant is dried, trimmed and styled just right, its golden brown reeds take on a whimsical quality that’s versatile enough to blend into any interior. It’s as at home in beachy bungalows and desert-inspired ranches as it is in minimalistic pared-down apartments or funky, color-saturated spaces.

“Dried flowers are going to last a long time,” Gagnon says. “Until they turn to dust, I guess.”

Gagnon plucks greenery from her yard to dry and mix into arrangements for weddings and events. She uses locally grown bunny tail grass, palmetto leaves and pampas, sometimes even bleaching or dying it in unexpected colors.

She expects the dried items to become especially popular this fall and next fall, when earthy hues like cinnamon rose and terracotta dominate holiday tablescapes and interior and bridal trends.

It’s also a great way to add in color, she says, when a flower requested by a client is not available.

Gagnon’s business is two decades old this year, originally started by her mother, Becky Hofmann. Gagnon has been playing with flowers since childhood. But for her, the limitless potential that plants offer is what keeps a 20-year-long career fresh.

“We learn new things every day,” she says. “Whenever I have the creative license to do something like the dried trend, I just love it. It makes me feel like this is why I decided to become a florist. I’m an artist.” thefloralcottageflorist.com 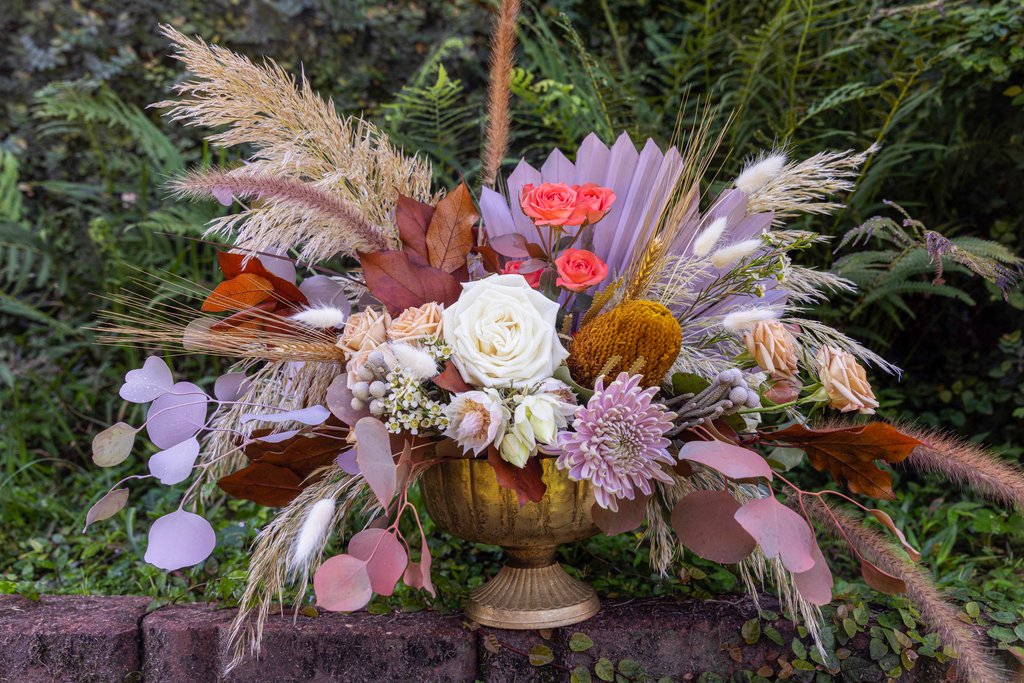