It was November 2019, and the 22-year-old was on-set at perhaps the most transformational photo shoot of her career. She was voted the 2020 Sports Illustrated Swimsuit Rookie of the Year, and the images from that shoot will grace the same pages supermodels like Tyra Banks and Cindy Crawford once made history on.

The Baton Rouge native began modeling in 2017, after being scouted at a New York bar. Ever since then, she has wished for this day.

“I really worked my butt off for my rookie shoot,” Nader says, recounting the three hours of daily training and the strict healthy diet she followed. “I was really focused, and I was so proud of myself by the time I got to Bali.”

Since her first Sports Illustrated Swimsuit debut in 2019, Nader has been working nonstop. Her days are packed with meetings, photo shoots and traveling from city to city. She’s worked with brands like CoverGirl, Armani, Urban Outfitters, Lancome, Fila and Nike.

But her quick rise to fame hasn’t changed her humble, Southern spirit. In December, she flew back down for her New Orleans wedding. She visits her family at least twice a year and even brings her mother along for shoots overseas when she can.

“I’ve definitely gotten more attention from people that I didn’t get attention from before,” Nader says. “I’ve gotten more press and relationships with celebrities, which is something so new to me. I went to like 10 Jonas Brothers concerts when I was a teenager, and now I’m starring in [a music video for] Jordan McGraw, who opened for the Jonas Brothers. … I’ve had a lot of ‘pinch me’ moments.” Find her on Instagram 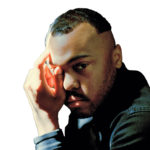 There’s a reason publications like Fader and Fashionista have predicted this Baton Rouge native will become the next big name in luxury fashion. The Brooklyn designer is just a little more than halfway through his 20s, and his designs have already been worn by Michelle Obama, Tracee Ellis Ross and Rihanna. Watch for what he does with his latest prize: $400,000 and a year-long mentorship from Vogue’s and the Council of Fashion Designers of America’s 2019 Fashion Fund. 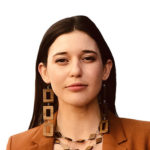 Since showing at her first New York Fashion Week last fall, this Baton Rouge jewelry designer has stayed on the national radar. Her pieces have since been featured in The Cut, British Vogue and twice in Vanity Fair. Catch her around town at local arts markets or performing as a singer-songwriter.