Correction: This article has been updated to clarify that Brown-Bernard’s bridal line won’t be part of the Victoria’s Secret show, though her work will be presented by the same production team as the national brand’s.

From New York runways to walks down the aisle, Baton Rouge native and fashion designer Oonarissa Brown-Bernard is making her brand known throughout the country. 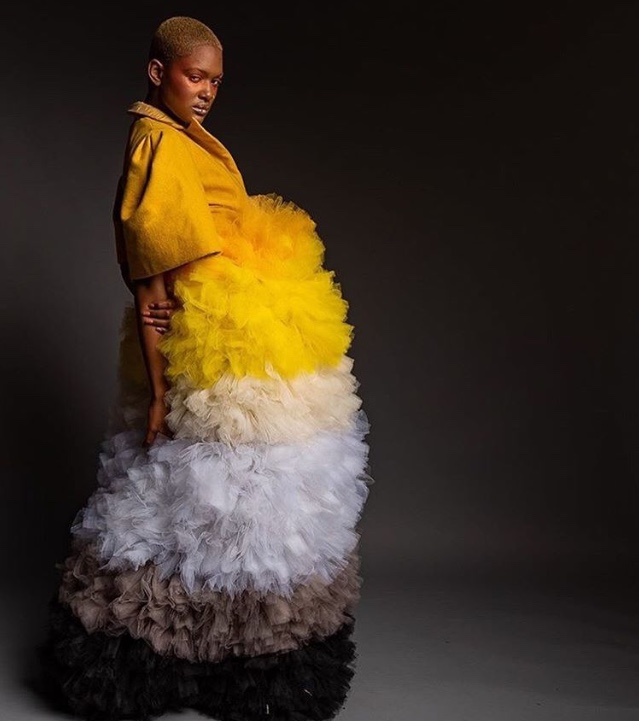 Brown-Bernard earned two degrees from Southern University and graduated from the Fashion Institute of Design & Merchandising, based in California, in the early 2000s. But she didn’t start pursuing a career in the industry until 2011. Brown-Bernard decided it was time to put her degrees to use when she became a stay-at-home mom to care for her second son, who was struggling with breathing complications.

“That’s when I really started honing my craft and investing in my business after I had to become a stay-at-home mom to save my child,” says Brown-Bernard.

When it comes to her design process, Brown-Bernard follows an intricate process. Before anything, she checks on the fashion forecast to keep up with current fashion trends. Brown-Bernard draws inspiration from her favorite designers, like Valdrin Sahiti and Elie Saab, as she sketches out her vision board and decides her choice of fabrics, colors and patterns. From there, the fashion designer orders fabrics and starts to bring her vision to life.

Each of her designs offer something new rather than following a signature aesthetic. While each of her clothing sets are diverse, they all have a style that is “high-end sophisticated, classy and sexy,” Brown-Bernard says.

“(My clothing) has class,” she elaborates. “A little sophistication and a little old school with a little vintage look, but it has modern-day tweaks.”

Currently, her brand OonaNicole is a two-person operation, with Brown-Bernard creating the clothing and her husband taking care of the business side. Brown-Bernard is working to build her business. She aims to present her work at other fashions weeks, like those in Paris and Milan, and continue to present a strong representative for other Black designers.

High-end Black-owned fashion lines are rare in the industry, she says, because of a lack of funding and support. “It’s a rough journey, but those are my goals, and I hope to reach them.”