Miller is the founder of Animated Art, a Baton Rouge business that specializes in eye-catching balloons, balloon twisting, face painting, and waterproof airbrush face and body art. She and her team of three are known for their balloon arches, backdrops, overhead balloon drops and custom shapes and designs.

Miller started Animated Art initially as a face painting business in 2009. Two years in, she learned how to twist balloons into unique shapes and eventually added balloons and entertainment to her business. When she’s not prepping a display or setting up at an event, she can be seen with her face brightly painted and her hair tucked into a colorful wig as she dances around with children as her clown personality, “Sparkles.”

“It is so exciting to see [kids’] faces light up when they see me,” she says. “I always get the best hugs.” 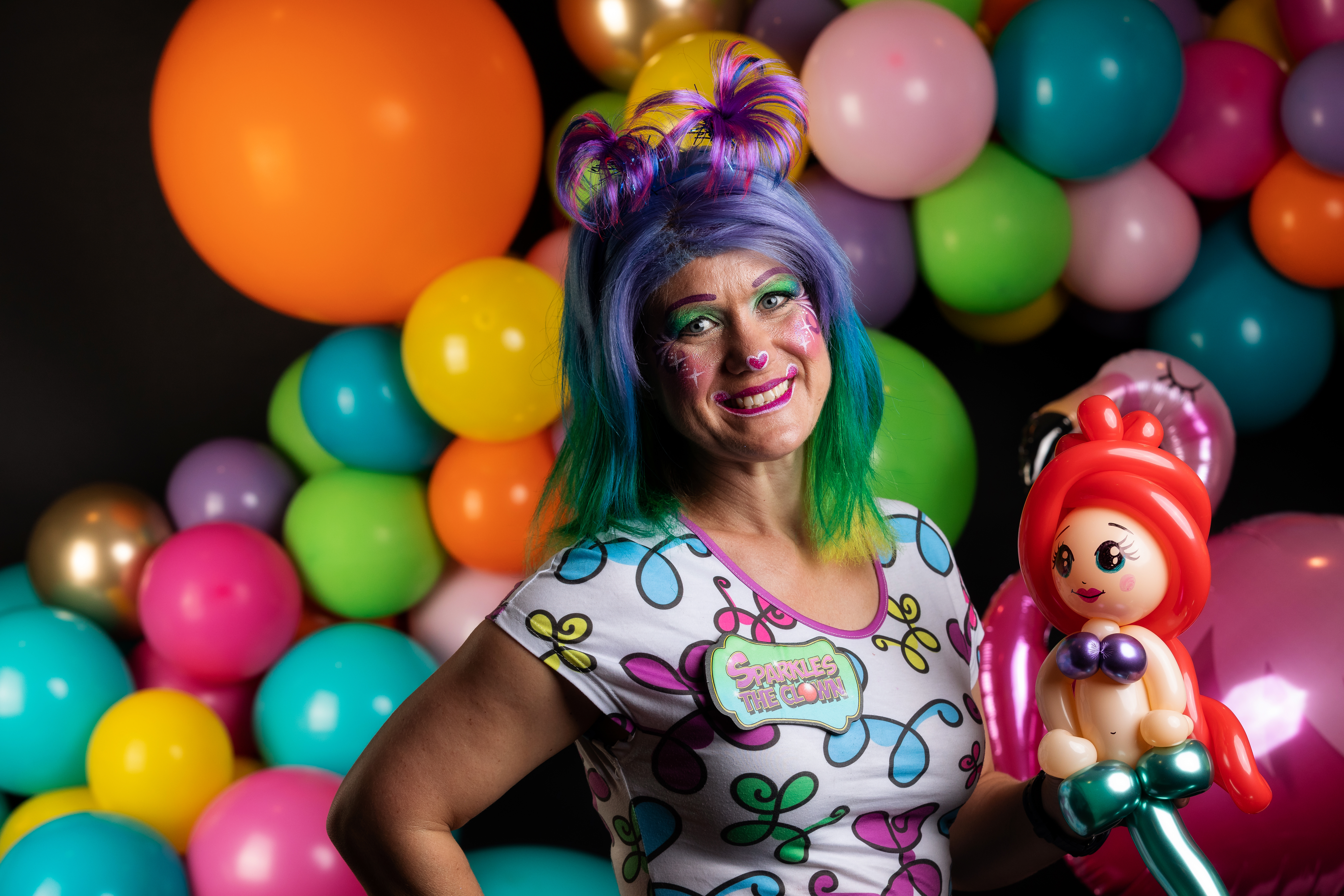 After attending a balloon convention in 2016, balloons became her passion—one she has shared with clients from New Orleans to Nashville. She’s created displays for birthdays, baby showers, graduation parties and ceremonies, anniversaries, store openings and special events. She’s made memorable designs like a hot pink heart-shaped arch with emoji balloons at Knock Knock Children’s Museum and a giant Mochasippi with whipped cream at CC’s Coffee House.

“It gives me immense joy to impress others with balloons and to create something they didn’t think could be created,” she says.

While Miller’s eye for designs may come naturally, her art requires a lot of prep. Before installation begins, she envisions the design in her head. Depending on her client’s color scheme, Miller fills bright, metallic and bold balloons with helium to create monochromatic, rainbow and ombre designs.

This year, she has had more orders than ever before. She averages five balloon display inquiries per day. To make her projects easier, she purchased a trailer to transport her pre-designed balloon art—allowing her to create the display at home, keep it safe in the trailer and complete it at the event.

“It’s been so exciting to bring joy to this many people on such a large scale,” she says. animatedart.us

This article was originally published in the July 2019 issue of 225 Magazine.