It’s the day before what would have been Wayde Sims’ 22nd birthday, and Skylar Mays is reflecting on his fallen best friend.

The two friends grew up playing basketball together, a tradition that continued when they joined the team at LSU. After Sims was murdered in the fall of 2018, Mays emerged as a leader who helped the basketball team cope and rebuild.

“I try to be a glue guy, the guy that keeps everybody together,” Mays says. “I knew I definitely had to take on a bigger role, and the biggest thing was just continuing to play together, playing for each other.”

That playing-for-each-other, unselfish-basketball mentality led LSU to a Sweet 16 season and an SEC regular season championship—the team’s first title since 2009.

As guard, Mays was a key player, and the only team member to start in all 35 games. He averaged 2.1 assists, 1.9 steals and 13.4 points per game. He was second in the league in both steals and free throw percentage.

Last spring, Mays briefly considered leaving LSU for the NBA. But he withdrew his name from the draft in time to retain his college eligibility—solidifying his senior season as a Tiger.

And so, on a morning a few weeks before Christmas, he’s dressed in his practice gear, just wrapping up a morning practice session. The pre-med, honor-roll student is coming off a busy week of finals, but he’s calm and collected—and as optimistic as ever about what’s to come.

Asked if he feels any pressure about his senior year, Mays answers simply: “Yeah. But pressure makes diamonds.” lsusports.net 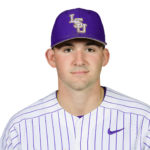 LSU baseball might just have the nation’s best pitching class this year, according to NCAA.com, and it all starts with its ace power pitcher. Henry returns for his sophomore season this spring. And with LSU likely to start the season as a top five team again, all eyes will be on him. 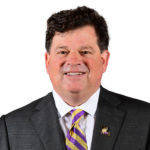 It’s the athletic director’s first full year at LSU, and it’s already shaping up to be a big one. The football team is capping off a record-breaking season. But that’s not all—after six of its programs had top 10 national finishes, CBS Sports ranked LSU’s overall sports program No. 4 nationally last year. 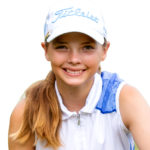 The middle school golfer has competed in national and world championships for both kids and adults, but her biggest goal is inspiring others. Her nonprofit, No Worries, Just Birdies, raises awareness about girls’ and women’s golf. And last fall, the Episcopal School student won a national golf award for it: The Peggy Kirk Bell Award, which annually honors one recipient exemplifying outstanding philanthropy.