Baton Rouge entrepreneur and retired comedian Shedrick “Seddy Sed” Marshall has always wanted to open his own comedy club. When he first started his stand-up career in 2001, he remembers writing down this goal on a vision board.

That vision came to life this past January when Marshall opened Silly Rabbit Comedy Club, a Baton Rouge comedy and entertainment venue on Airline Highway.

“This is a place for people to forget what’s going on in their lives and laugh the pain away,” Marshall says. “I want to heal the world with laughter.”

The club plans to organize at least two comedy shows a month and weekly open mic events. The space can also be rented for private parties.

Marshall sees the club as the up-and-coming go-to entertainment venue for fledgling performers and nationally recognized comedians alike. It’s the type of space he wanted to perform in during his own stand-up career.

Marshall has worked in comedy for more than two decades. He started his journey as a stand-up comic, performing at shows all over Louisiana and out-of-state. He’s performed locally everywhere from Club Raggs to Belle of Baton Rouge and alongside notable comedians like Katt Williams and Mike Epps.

But the Baton Rouge native knew early on that he really wanted to work behind-the-scenes of comedy shows.

His business, Silly Rabbit Productions, started hosting comedy shows at the Belle of Baton Rouge in 2015. He brought the laughs with shows like Was it Something I Sed, featuring local comedians Howard Hall, Spencer Neal and MB. He also hosted the comedy series We Acting Funny, starring comedian and actor Jerimiah ‘JJ’ Williamson, Mario Tory and comedian and actor K-Dubb at Allure Night Club.

After years of headlining and hosting sold-out shows, he was ready to retire his microphone. But he wanted to stay connected to the comedy scene through his own comedy club. 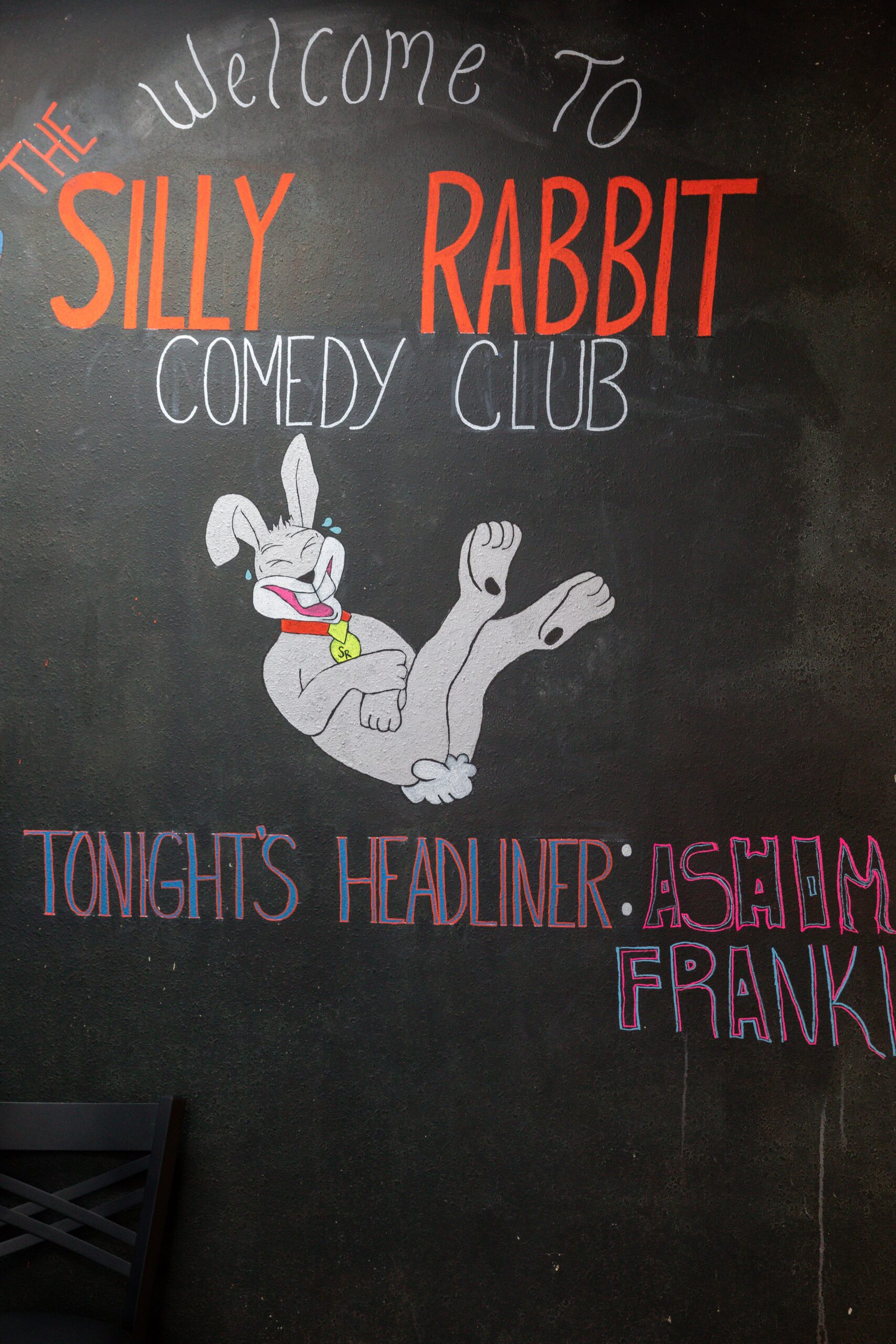 Now that Silly Rabbit Comedy Club is up and running, Marshall has been able to devote his time to off-stage duties, like filling the calendar with top-notch comedy lineups, renting the space for special events and giving local talent a stage to share their gifts.

Most importantly, he wants to leave the audience happier than they were when they entered the building.

“I consider myself to be a doctor of comedy,” Marshall says. “You’d be surprised at how many people’s lives you save by making them laugh. Laughter is the best medicine.”