There is a museum of compact discs inside Jim Boyden’s Baton Rouge home. Over the years, the Tulane professor  has amassed a CD collection that spans thousands. And it’s virtually all rare classical music.

“I wasn’t setting about to do it,” Boyden says of starting the collection. “But I’ve always been interested in classical music. I took piano lessons when I was a kid and then played some in the orchestra in high school.”

By the time he went to college, he had quite a few records. Later, he had a lot of music on cassette tape. After the popularity of cassettes transitioned to CDs and Boyden got his first CD player, he never looked back.

Despite the cultural landscape shifting toward streaming music on devices, Boyden still holds strong with his collection. As CD production steadily declines, he doesn’t think he’ll be adding much more to it. But he hopes to continue to find CD players, which so far hasn’t been a problem. 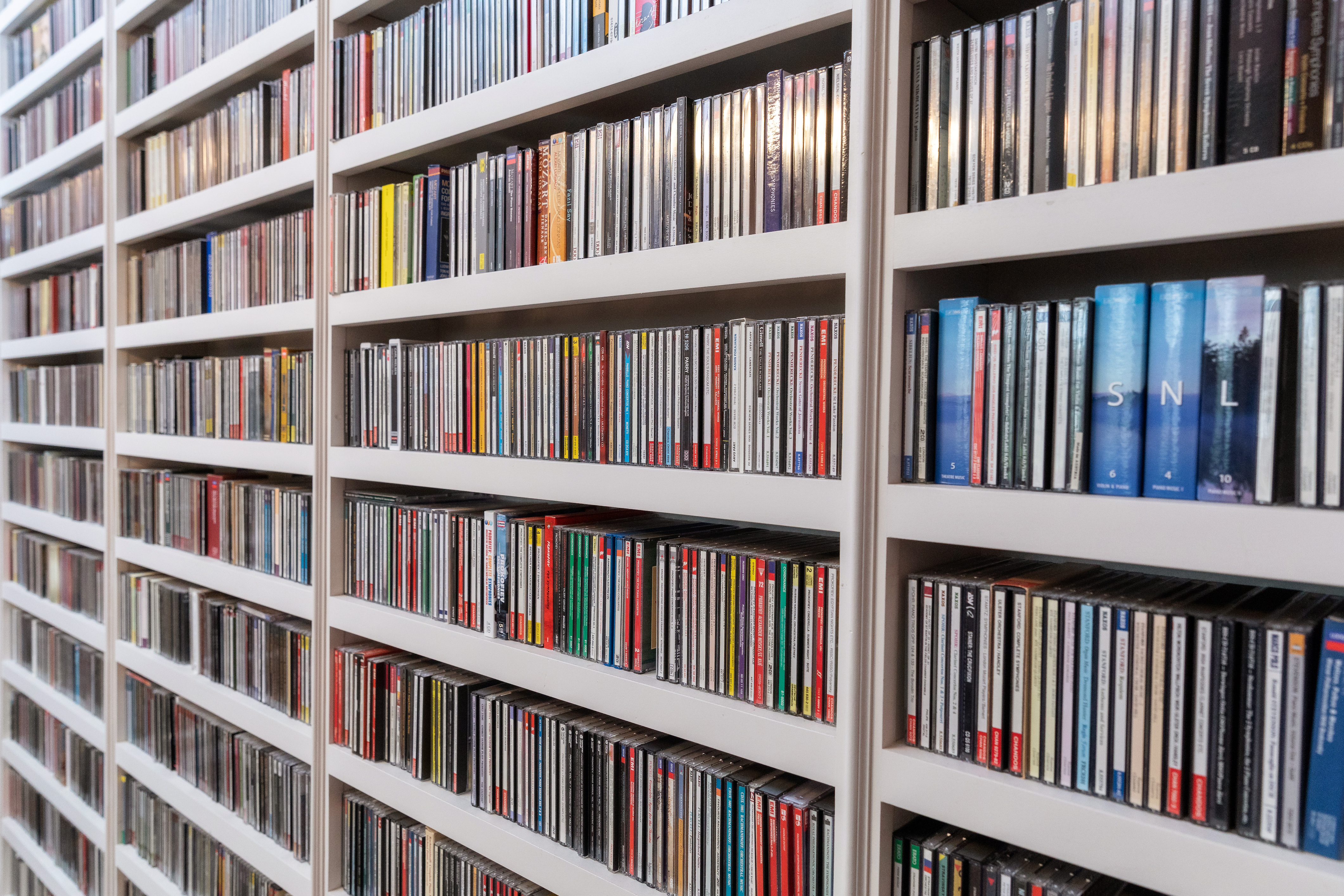 1993: The year Boyden got his first CD player. He was skeptical at first about the change in technology and switching over from cassette tapes. He started out buying a few CDs, then more and ultimately never stopped. “I still find it to be a marvelous technology,” he says. “They’re compact; the sound is good. Like anybody who collects anything, I like the look and feel of them.”

His first CD: “The first one I ever bought was a CD of Mozart violin concertos,” he says. The concertos were played by a Japanese violinist, and though he doesn’t play the CD much, he keeps it for the sentiment.

His most recent CD: This past Christmas, he bought a CD of the Buffalo Philharmonic playing three symphonic poems by Italian composer Ottorino Respighi.

His favorite CD: One of his most prized is an old recording of the King’s College Choir of Cambridge performing the work of 16th century English church composer Thomas Tallis. Boyden even uses it to test stereo equipment. “If that sounds good on it, I’m pretty happy with the equipment.”

His most sentimental CDs: A friend in Texas gave Boyden a CD of pieces by composer Karl Hartmann. That friend has since died. It was one of his friend’s favorite records and he really likes it, too. Boyden’s wife, Alisa Plant, has also contributed to his collection. “My wife was good enough to tolerate the house filling up with CDs,” he says, laughing. She surprised him with a large CD set of the conductor Arturo Toscanini.