It’s a typical summer morning for Mike the Tiger. He’s resting on one of the rocks near his pool, attempting to stay cool underneath the scorching sun. It’s only 9 a.m., but the early hour doesn’t stop fans from peering inside his habitat. They pull out their phones to take photos of the on-campus celebrity.

Mike’s used to fans chanting his name all day, in hopes that he’ll stride past them—or even just give a small glance in their direction. But there are two people who don’t have to try hard to get the tiger’s attention: Amelia Talbot and Erin Guillory, Mike’s student caretakers.

The moment the LSU Veterinary Medicine students approach his habitat, Mike locks eyes and strides toward them. He emits loud chuffs—a tiger’s vocal sign of trust. He briefly presses his head against the window, as if trying to break the barrier that separates them.

Being a caretaker for Mike is a two-year, 365-day-a-year commitment. While completing the required phases of veterinarian school—lectures, labs, externships and caring for patients in the hospital—the students work as a team to ensure Mike gets his needs met everyday.

In the morning, Talbot and Guillory check his demeanor and what he ate the night before.

Afterward, the duo cleans Mike’s habitat before releasing him back into it.

At night, they evaluate his overall mood and health, then feed him.

It’s a coveted job and a once-in-a-lifetime experience. 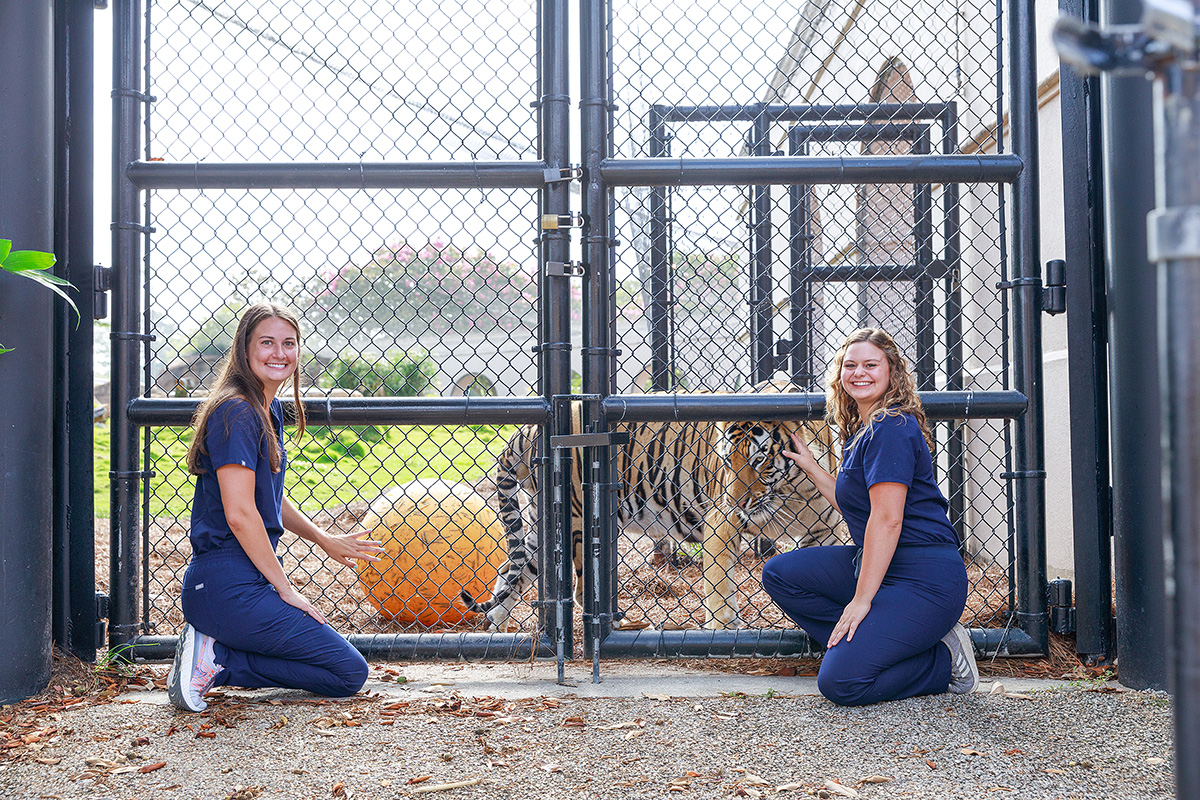 Talbot and Guillory always had interest in the position, even before attending the LSU School of Veterinary Medicine.

Talbot is a Baton Rouge native and grew up visiting the LSU mascot with her family. She remembers discovering in high school that vet students take care of the tiger.

“That’s when I decided that I wanted to go to LSU and I wanted to take care of Mike,” Talbot recalls.

Guillory also knew about this position while she was an undergrad at Louisiana Tech University, where she was on the care team for the school’s bulldog mascot Techie.

“I’m really big into community service and giving back to the community,” Guillory says.

When she enrolled at LSU, she thought caring for Mike would be a really cool way to be able to give back. 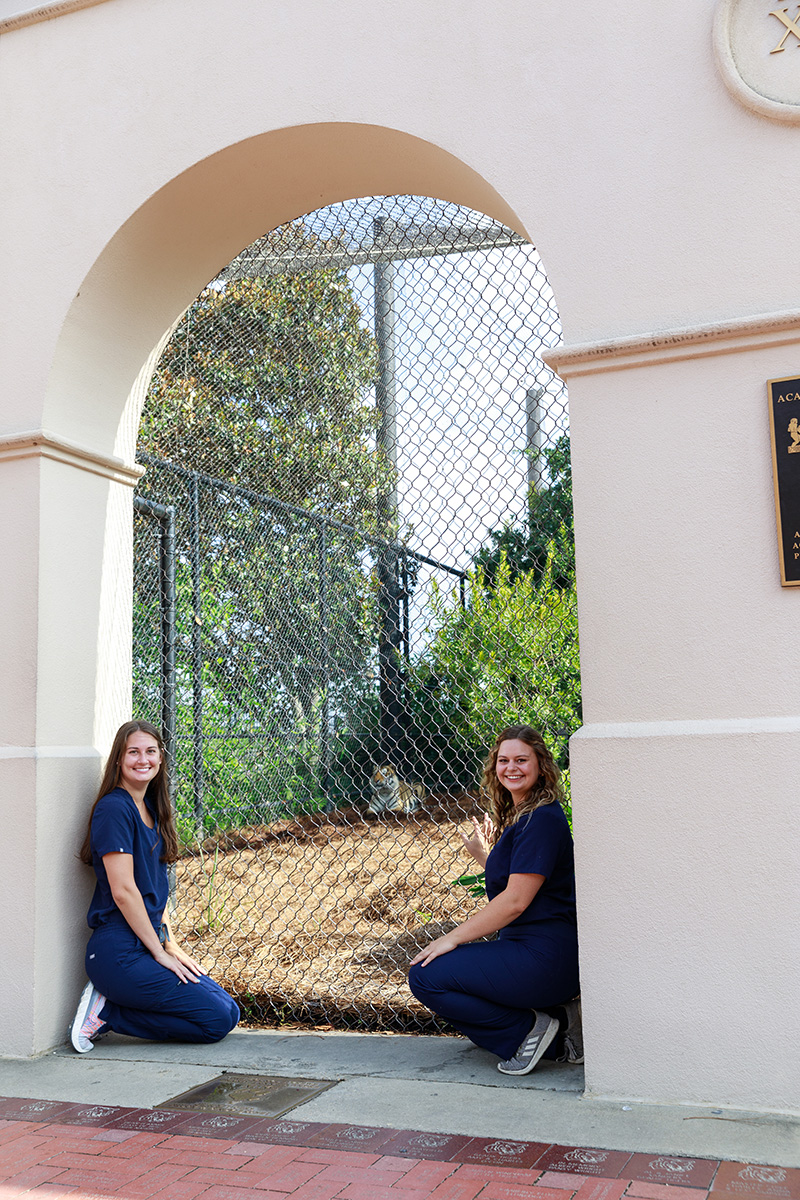 Talbot and Guillory applied for the position this past January. The vet students submitted an initial application, sending their resumes and cover letters. From there, they were interviewed by Mike the Tiger’s main veterinarian, Dr. David Baker.

Vet students are required to apply for the position in pairs (although there is no guarantee that they will be placed as partners for the position). Talbot and Guillory, luckily, got selected as a pair. 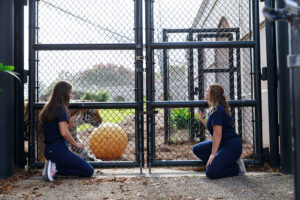 “You apply with somebody you work well with,” Talbot says. “This is a very teamwork-heavy job. We have been together every morning, every night, since February 1, doing this job.”

During their early days on the job, they met with the previous caretakers every morning and night to learn about their daily duties and develop a bond with Mike.

By May, Talbot and Guillory started completing these tasks on their own.

They say their bond with him is strong, even though there’s always a barrier that protects them from ever having direct physical contact with the 400-pound tiger.

“He is a wild animal,” Guillory says. “That’s very important to note. When we’re talking about our bond with him, we always have that in the back of our mind. But it is important to build that relationship with him so that he trusts us, and that we can always ensure that he is getting the best care and he is as happy as can be.” lsu.edu