You may have seen the LSU Golden Girls, but have you heard of the Golden Guys? Last year, Daniel Hoffman, a physician assistant at Our Lady of the Lake Hospital, became a social media sensation after photos of him dressed in a homemade LSU Golden Girl’s costume went viral on Facebook and Reddit.

What started as a humorous way to repurpose his Halloween costume turned into something much larger.

After word spread about the Golden Boy, Hoffman decided to use his platform to raise money for young patients at Our Lady of the Lake Children’s Hospital. One by one, Hoffman’s friends and other local men joined forces with the 37-year-old. Together, they became the Golden Guys. The troupe’s name was inspired by Hoffman’s nickname, Golden Boy, and pokes fun at their costume icons and unofficial counterparts, the LSU Golden Girls.

The dance troupe comprises 13 men of all ages, ethnicities and backgrounds. The members are small business owners, news anchors, sales associates and computer specialists banded together for a single cause: raising money for children.

The men are most known for their signature purple Golden Guys T-shirts, sparkly gold sequin shorts and white and gold capes. The troupe made its debut on the parade routes this year and has already made strides. In addition to being named Best Marching Group at the Spanish Town Mardi Gras Parade by parade judges, the group has raised more than $6,000 for the Children’s Hospital through T-shirt sales and support from locals. They performed at last month’s Ebb & Flow Festival, and you can catch them next at the Pride Festival on June 15.

225 sat down with some of the guys to hear more about the troupe’s first year. Find them on Facebook 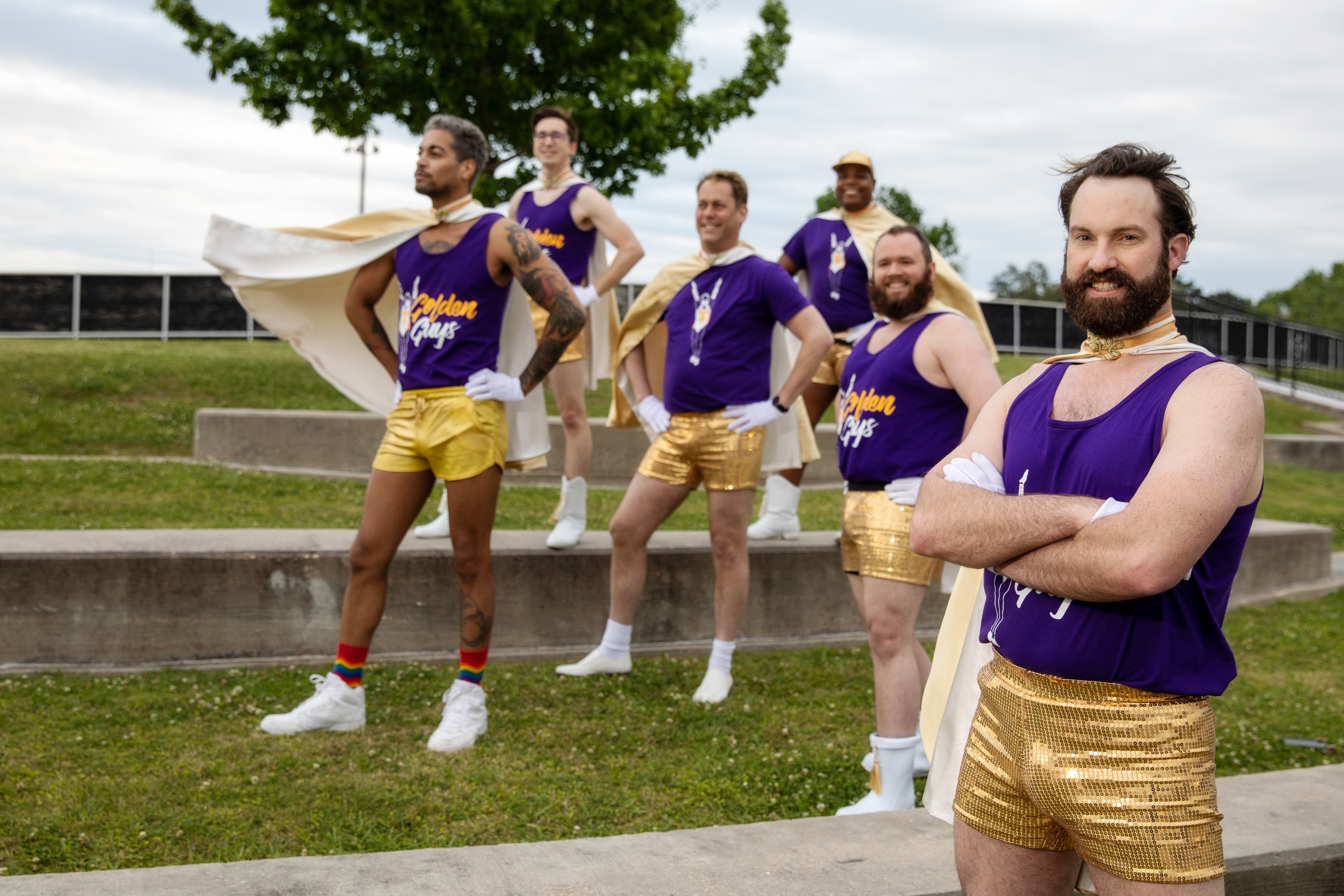 How was your first experience performing at the Spanish Town parade?

Johnathan Jarvis: It was electric. The energy was insane going down Spanish Town Road. Walking 2 miles is nothing, but dancing 2 miles is an incredible workout.

How do you feel when you’re marching?

Ryan Bergeron: I feel empowered to express myself and not have to apologize for it.

What do you envision for Golden Guys?

Leonard Augustus Jr.: I’ve already had visions of an army of no-judgement fellas marching down the street or appearing in places where there’s no body shaming. It’s about breaking down stereotypes, putting yourself out there, being brave and increasing funding for a worthy cause.